Home Planet Earth End of the world: Pope’s ‘life about to turn upside down’ vision... 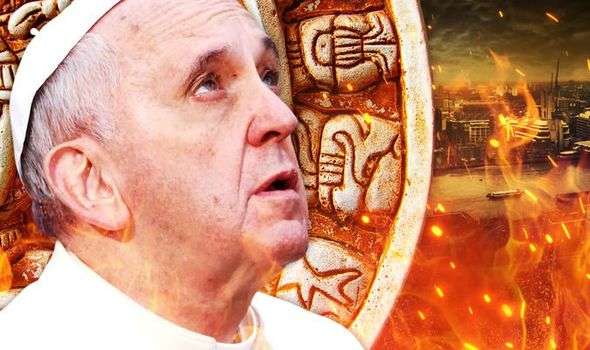 END OF THE WORLD fears have surged following sensational claims that there was a discrepancy in the Mayan calendar’s 2012 doomsday prediction, with new calculations suggesting Sunday, June 21, 2020, for the new date – and amid growing fears footage of the Pope’s apocalyptic vision has resurfaced.

The new, even more bizarre hypothesis claims that the Julian calendar – used up until the 1500s, would place Earth in 2012 today, not 2020. The Gregorian calendar was introduced by Pope Gregory XIII in 1582, making some changes to the previously used Julian calendar, namely dropping 11 days to accurately reflect the time it takes Earth to orbit once around the Sun. Although only 11 actual days have been lost, scientist Paolo Tagaloguin calculated the technically accumulated days over the past 286 years, stating on Twitter: “The number of days lost in a year due to the shift into the Gregorian calendar is 11 days.

His post, which has since been deleted, sparked a frenzy on Twitter, with users claiming June 21, 2020, should actually be December 21, 2012 – the apparent date of the impending Mayan doomsday.

Amid the growing concerns, footage of Pope Francis’ vision for the End Times has also surfaced, from an address to St Peter’s Square in 2016.

He said: “The Lord tells us what will happen in the End Times. 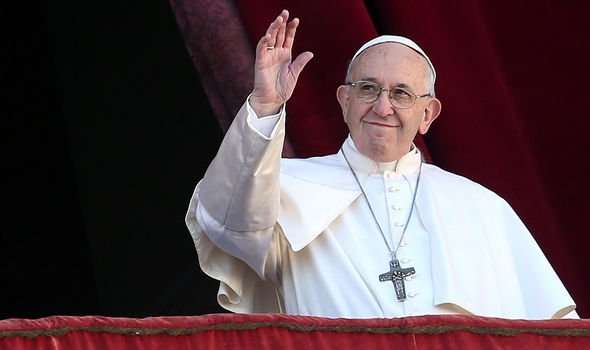 “Jesus says: ‘In those days before the flood, they were eating, drinking, marrying and giving up in marriage, up to the day that Noah entered the ark.

“‘They did not know until the flood came and carried them all away.’

“This is what Jesus says and it’s always striking to think about the time before a great disaster.

“Everyone is at peace, going about their usual business, not realising that life is about to be turned upside down.”

The Pope went on to detail his thoughts on the Second Coming. 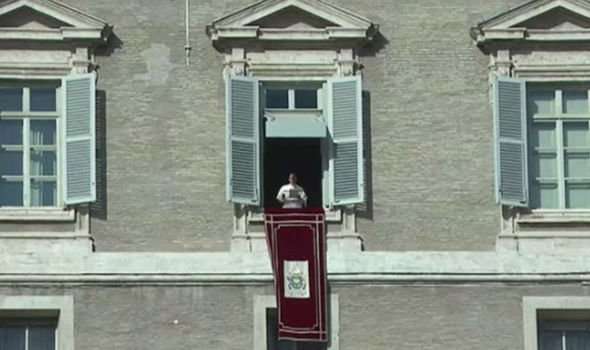 He added: “The Gospel certainly does not want to scare us, but to widen our gaze to another, larger perspective.

“On the one hand this relativises everyday things, but at the same time makes them precious and meaningful.

“From this point of view, it is also a call to sobriety, not to be governed by the things of this world, by material things, but rather to govern them.

“If, however, we allow ourselves to be conditioned and overwhelmed by them, we cannot perceive what’s very important – our ultimate encounter with the Lord.

“This is the most important thing.” 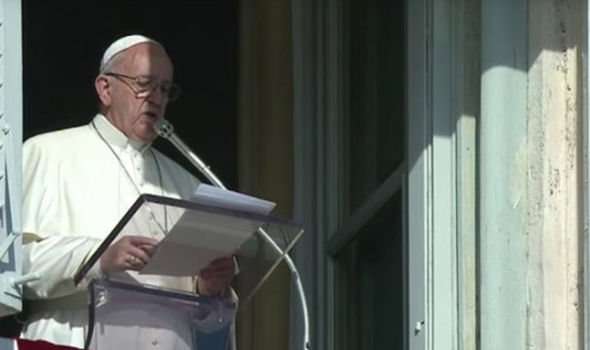 However, once again, the conspiracy theory is questionable.

Doomsday fears are sparked by the incorrect assumption that the Mayan calendar predicts the end of the world to occur on or around December 21, 2012.

This date was regarded as the end-date of a 5,126-year-long cycle in the Mesoamerican Long Count calendar, and festivities took place on December 21, 2012, to commemorate the event in the countries that were part of the Maya civilisation, with main events at Chichen Itza in Mexico and Tikal in Guatemala.

Various astronomical alignments and numerological formulae were proposed for this date to mark the end of the world, with scenarios suggesting the arrival of the next solar maximum, an interaction between Earth and the supermassive black hole at the centre of the galaxy, or Earth’s collision with a mythical planet called Nibiru.

Mayan scholars stated that no classic Mayan accounts forecast impending doom, and the idea that the Long Count calendar ends in 2012 misrepresented Mayan history and culture, instead, they believe it marks the beginning of a new era. Many have also falsely claimed in their response to these tweets that Ethiopia reflects the correct date according to the Julian calendar.

Ethiopia, a country free of any colonial powers and influences of the Roman Church, was not affected by either of the calendars and retained its original calendar, claiming Jesus was born in 7BC.

But, a gap of seven to eight years between the Ethiopian and Gregorian calendars results from an alternate calculation in determining the date of the Annunciation, not because of the days “lost”.