Home Planet Earth End of the world: Why Pope Francis’ plan for 2020 is ‘straight...

THE END OF THE WORLD is upon us, as the Pope’s 2020 plan to tackle climate change is “straight out the Book of Revelations”, according to the outrageous claims of a Biblical preacher online.

On September 12 this year, Pope Francis announced his plan to launch a global education pack to “unite efforts” to combat climate change. The leader of the Vatican called on world leaders to come together on May 14, 2020, to discuss his “Laudato Si” proposal to reduce global warming. He said: “Never before has there been such need to unite our efforts in a broad educational alliance, to form mature individuals capable of overcoming division and antagonism, and to restore the fabric of relationships for the sake of more fraternal humanity.

“An alliance is needed between the Earth’s inhabitants and our common home, which we are bound to care for and respect.

“I invite everyone to work for this alliance and to be committed, individually and within our communities, to nurturing the dream of a humanism rooted in solidarity and responsive both to humanity’s aspirations and to God’s plan.

“The most significant personalities in the world are invited to take part in the proposed initiative, political, cultural and religious, and in particular the young people to whom the future belongs.

“The goal is to arouse an awareness and a wave of responsibility for the common good of humanity, starting from the young and reaching all people of goodwill.” 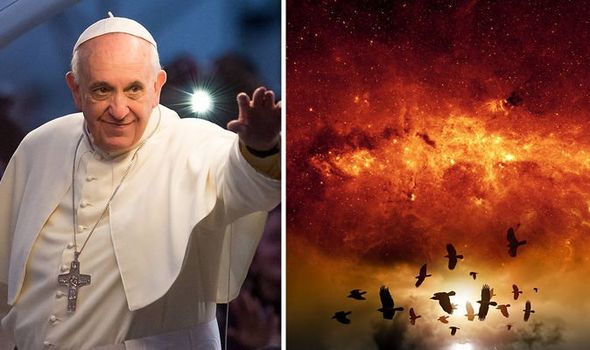 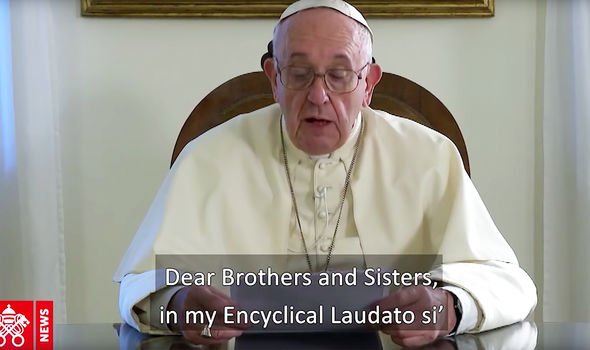 However, by ignoring God’s instructions to rest on the seventh day.

He said in a video in October:  “Pope Francis is referring to Laudato Si’, which is his encyclical on climate change, there he offers some suggestions on how to combat climate change, including reducing carbon emissions, carpooling, planting trees and recycling.

“These are not bad suggestions, but in the encyclical, Pope Francis also suggests Sundays with keeping a better environment.

“Page 237 reads ‘On Sunday, our participation in the Eucharist has special importance, Sunday is meant to be a day which heals our relationship with God, with ourselves, with others and with the world’.

“The implication here is that we need to have a law mandating rest on Sunday, so it appears that his agenda on climate change includes giving Sunday rest and worship mandated by law to improve the environment.”

Mr Sereda went on to claim that Saturday should actually be the day of rest and not Sunday, therefore those that follow the Pope’s order will be ignoring God’s wishes.

He added: “Some of the things that Pope Francis is saying sound like they are coming right out of the Book of Revelation.

“Those that receive the mark of the beast will be those that go along with Sunday rest and worship laws, while those who receive the seal of God will decide to stay true to God’s commandments and keep the seventh day holy, which is on Saturday, not Sunday.

“However, the Catholic Church changed the sabbath from Saturday to Sunday and no man has the right to change God’s commandment. 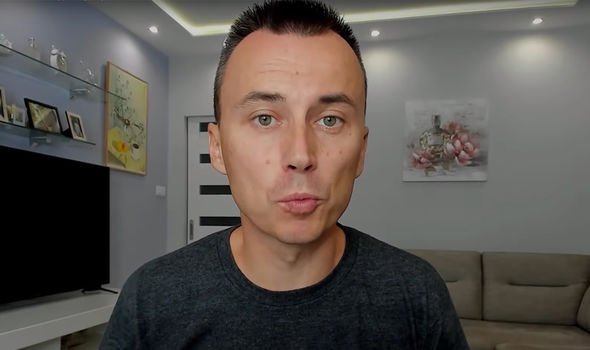 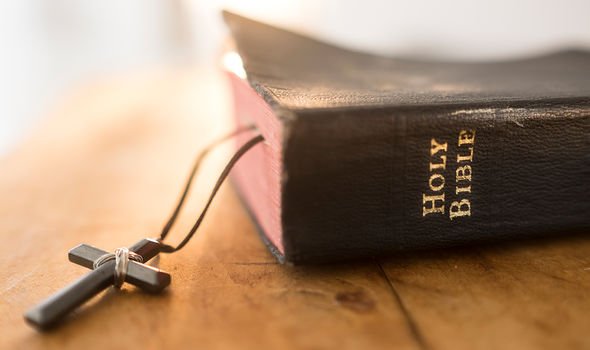 “So in convincing people to honour Sunday as the sabbath, which is a part of Pope Francis’ agenda for climate change, people will be submitting themselves to the authority of the church.”

Despite the claims, scholars are still drawn over the reliability of the Book of Revelation itself.

Modern biblical scholarship attempts to understand Revelation in its first-century historical context within the genre of Christian apocalyptic literature.

This approach considers the text as an address to seven historical communities in the Middle East.

Under this interpretation, assertions that “the time is near” are to be taken literally by those communities.

Consequently, the work is viewed as a warning to not conform to contemporary Greco-Roman society which John “unveils” as beastly, demonic, and subject to divine judgment.

New Testament narrative criticism also places Revelation in its first-century historical context but approaches the book from a literary perspective.

For example, narrative critics examine characters and characterisation, literary devices, settings, plot, themes, point of view, implied reader, implied author, and other constitutive features of narratives in their analysis of the book.

Although the acceptance of Revelation into the canon has, from the beginning, been controversial, it has been essentially similar to the career of other texts.

The eventual exclusion of other contemporary apocalyptic literature from the canon may throw light on the unfolding historical processes of what was officially considered orthodox.

Interpretation of meanings and imagery are anchored in what the historical author intended and what his contemporary audience inferred, a message to Christians not to assimilate into the Roman imperial culture was John’s central message.