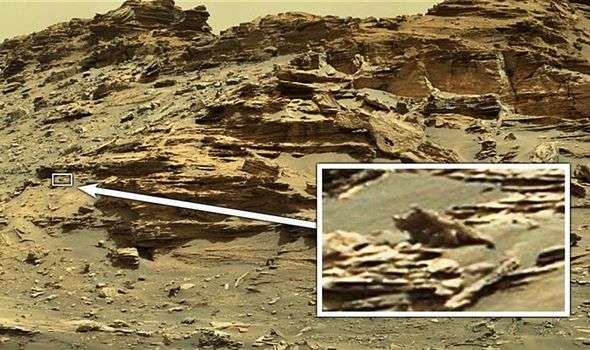 LIFE really does exist on Mars, a controversial UFO hunter has claimed – following the find of a supposed “alien lizard” on the Red Planet.

From the beginnings of telescopic observations of Mars, humanity has speculated whether life could have started on the Red Planet and what it might resemble. Notorious alien life conspiracy theorist Scott Waring believes he has now finally settled the question about releasing an image purporting to show an alien creature on Mars.

The image was shot by the NASA Mars Curiosity Rover on Sol 1448.

The object seems to be a species of lizard, but unlike anything we have here on Earth

Mr Waring took to his etdatabase.com site to speculate about the apparent alien anomaly.

The UFO enthusiast wrote: “While looking through Sol 1448 of Mars, I noticed a strange creature on the hillside.

“The object seems to be a species of lizard, but unlike anything we have here on Earth.” 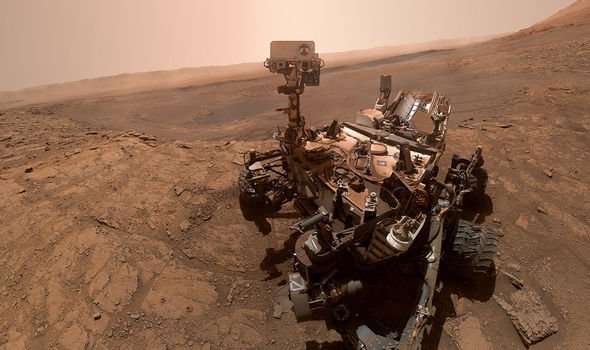 He proceeds to ascribe living characteristics to the oddly-shaped anomaly Mars anomaly.

“The animal has a short reptile-like tail that curls at its end.

“The head of the creature is more similar to that of a mammal than a reptile. 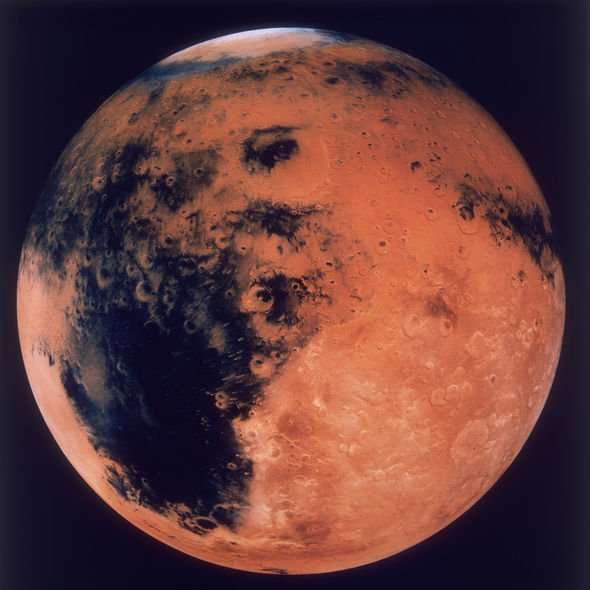 “Its tall ears bent forward like a dog’s, its long snout area and thick mouth area also similar to that of a dog.”

Mr Waring also speculates about the reason why such an animal has been let loose on the brutal Mars landscape.

He said: “Perhaps its living species of pet that people on Mars preferred to keep company with?

“Hard to say, but it would be nice if the rover drove a bit closer to see this animal in more detail.”

Early observers were concerned mostly with intelligent life on Mars.

However, the focus for agencies such as the US-based NASA is now on life’s origin, microbial communities, and limits to their survival.

Views on the prospects for life on Mars have varied greatly in recent decades.

In the 1960s the possibility that changes seen at the telescope could have a biological cause led to Mariner 9’s attempts to monitor surface changes in 1972 and to the launching of the Viking landers to Mars in 1975. 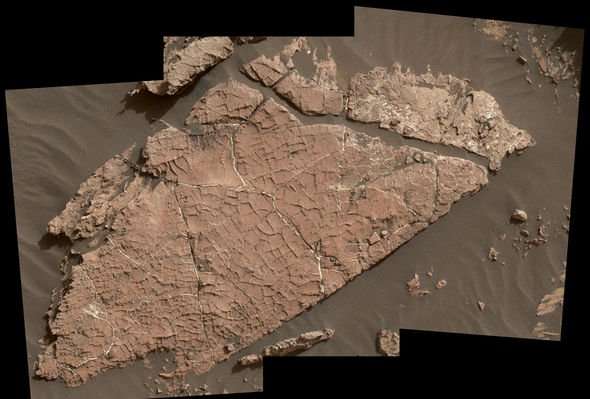 The Viking spacecraft had an array of sophisticated experiments to detect metabolism and organic molecules.

The negative results from these experiments resulted in considerable pessimism that continued through the 1980s concerning the prospects for finding alien life.

However, several factors have subsequently contributed to a more optimistic view.

These include the recognition that alien life can survive in a far wider range of conditions than was formerly thought possible, including near deep-sea vents at temperatures well over 1,000C (1,800F), in basaltic rocks deep below the surface, and in other extreme environments.

Additionally, the knowledge Earth life started very quickly, possibly before the end of heavy bombardment, possibly indicates the origin of life is not an extremely low-probability event.

Instead, life could instead likely follow if the right conditions are present.

Another cause for optimism is mounting evidence that conditions on early Mars, when life arose on Earth, were Earth-like.

Finally, there is growing recognition of Earth and Mars having similar materials.

More than 30 pieces of Mars have been found on Earth, despite the difficulty of distinguishing Mars rocks from Earth rocks.

Therefore, during a period of heavy bombardment, when life may have already started on Earth and conditions on Mars were Earth-like, pieces of Earth may have been transported to Mars.

Coronavirus death toll rises to 25 as infected man flies into...