Home Planet Earth Life on Mars: What are these ‘alien figures’ photographed by NASA’s Curiosity... 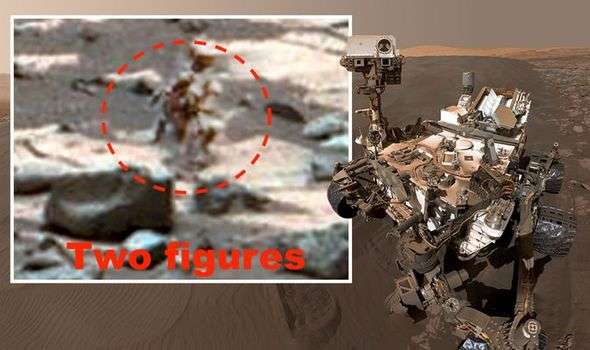 UFO hunters claim to have found evidence of alien life on Mars, citing official NASA photos as evidence to back their bizarre theories.

The supposed “alien figures” where photographed by NASA’s Curiosity rover, which has been exploring Mars since August 2012. The alien-hunting rover is tasked with finding signs of extraterrestrial life in Martian soil, but some believe the clues may have been hiding in the background all along. Self-titled UFO expert and conspiracy theorist Scott C Waring believes Curiosity has been frequently photographing supposed anomalies such as alien fossils, buildings and technology.

In one such photo, the UFO hunter claims to have spotted two alien figures amid a field of boulders.

Mr Waring said: “Are you having trouble believing in aliens today?

“Well then, have a look at these photos from the Mars surface.”

The UFO hunter shared two photos of the Martian figures on his blog UFOSightingsDaily.com. 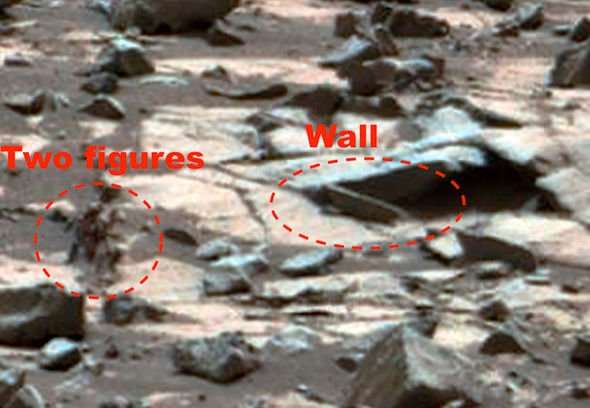 Although the objects could very well be odd-looking rocks, Mr Waring argued they could be the real deal – dead or alive.

He said: “It’s impossible to tell if they are alive or statues, but I would say they are statues that have survived millions of years.

“One figure is short, fat and half as tall as the one next to it.

“The other figure has bended knees, as if sitting down, and looks to have its legs spread and its back to the other one.”

Mr Waring also shared photos of what appears to be a pig-like statue and a wall. 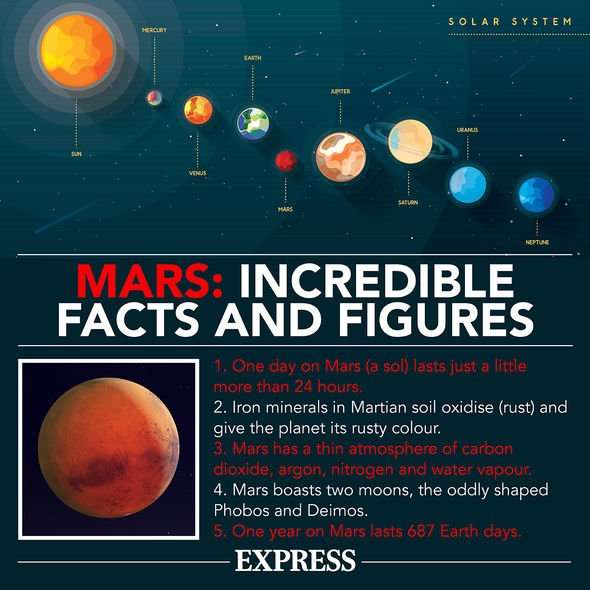 He said: “I also found a large detailed statue of a pig-like creature and something that looks like a bowl-shaped house with its roof ajar.

“There were also lots of rectangle or square entrances at the bottom of rocks, I only included two, but I saw many.”

Most experts, however, agree there is a much simpler explanation behind Mr Waring’s discoveries – pareidolia. 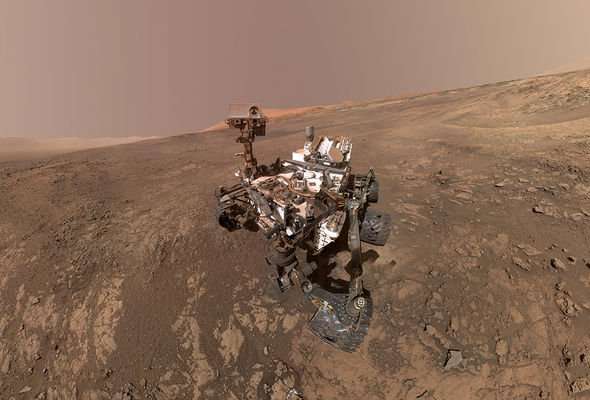 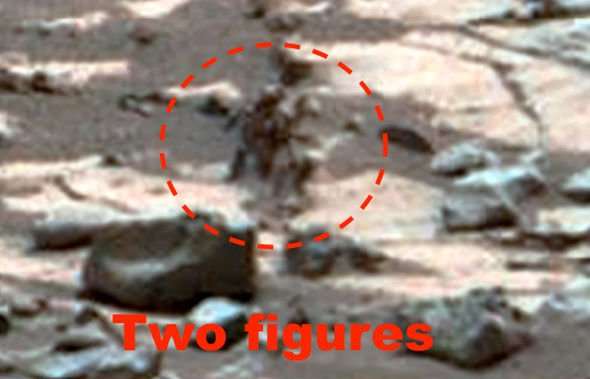 Pareidolia is a peculiar trick of the mind that causes people to see recognisable shapes and patterns where they do not exist.

A common example is seeing a face in a car’s bumpers and headlights or seeing animal-shaped clouds.

According to NASA, there are many examples of this phenomenon on Earth and in space.

In his 2018 book The Skeptics’ Guide to the Universe, author Dr Steven Novella said: “The most famous face seen as a result of pareidolia has got to be the Face on Mars.

“In 1976, NASA’s Viking spacecraft was imaging Mars when it produced a picture of a mesa or butte in the Cydonia region that looked like a face.

“The scientists knew the face was pareidolia even if they didn’t know that specific word.

“They were used to what the tricks of light and shadow could produce on the varied terrain of Mars.”

Then in 1998, higher-resolution revealed the Face on Mars to be nothing more than a pile of rocks.

Dr Novella said: “Pareidolia can be fun, but if you aren’t aware of our penchant for and love of patterns, and interesting and diverting illusion can feed into a delusion.”