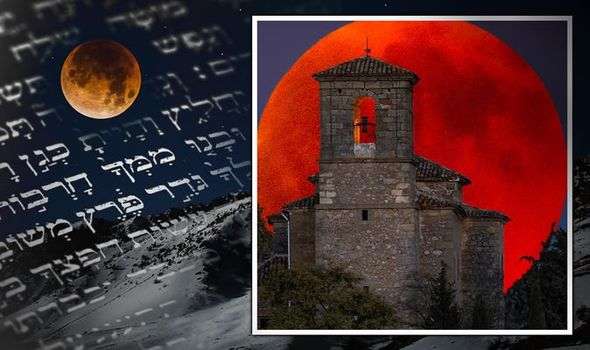 A LUNAR eclipse this weekend is a prophetic sign of the apocalypse, a prominent Bible expert has bizarrely announced.

As pubs and restaurants reopen and fireworks fill the night sky on July 4, stargazers will celebrate a celestial change taking place to the Full Moon. This will see the first Full Moon of the summer season slowly change colour due to a penumbral eclipse.

But a one-hundred-year-old prophecy warns this subtle lunar change is, in fact, an ominous omen.

Controversial conspiracy theorist Rabbi Yosef Berger, the rabbi of King Davids Tomb, believes this could trigger the death of a prominent politician and the even evacuation of Israel.

Joel 3:3 states: “Before the great and terrible day of Hashem comes, I will set portents in the sky and on earth: Blood and fire and pillars of smoke; The sun shall turn into darkness And the moon into blood. The Torah expert also cited Genesis 1:14 in his controversial claim: “Hashem said ‘Let there be lights in the expanse of the sky to separate day from night; they shall serve as signs for the set times—the days and the years.'”

The rabbi added the interpretation of these ‘signs’ will be essential in the days preceding the Final Redemption as God’s intent will be expressed in nature.

Rabbi Berger said: “The Sun and the Moon are how God will announce the Final Redemption, so everyone can see and everyone will have the ruach hakodesh [holy spirit, prophetic ability] to understand.

“This was also true before the Exodus in Egypt, when all the Jews were given the prophetic ability to understand that it was time. Unfortunately, even then, some chose not to leave Egypt.” “A modern man does not understand how God appears in nature, how God speaks to us through nature.

“To the prophets, this was very clear.”

The Old Testament’s Joel 3:1-4 is also cited as a source for the prophecy: “After that, I will pour out My spirit on all flesh; Your sons and daughters shall prophesy; Your old men shall dream dreams, And your young men shall see visions.

“I will even pour out My spirit Upon male and female slaves in those days.

“Before the great and terrible day of Hashem comes, I will set portents in the sky and on earth: Blood and fire and pillars of smoke; The Sun shall turn into darkness and the Moon into blood.”

The rabbi referred to a discussion of eclipses in the Talmud (Sukkot 29a) specifying lunar eclipses are a bad omen for Israel because he believes the Middle Eastern state is spiritually represented by the Moon.

He considered the lunar eclipse taking place in the east side of the heavens is a bad omen for all the nations in the east.

And similarly, an eclipse occurring in the western hemisphere is a bad sign for all the nations in the west.

Rabbi Benyamin is quoted as saying: “If the moon is eclipsed in the month of Tammuz, a ‘sultan’ will die suddenly and great troubles will follow. 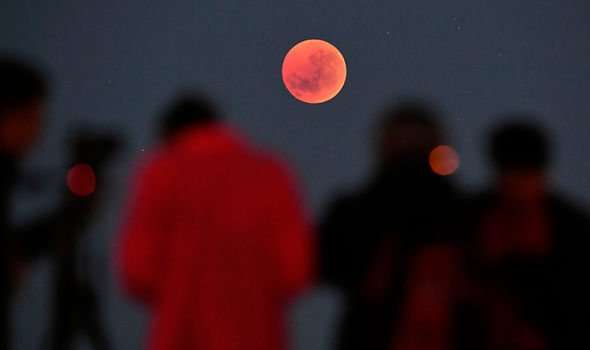 “The eclipse will occur on the 12th day of the month of Tammuz.

“When the moon is eclipsed in Tammuz, a king of ‘luazi’ will die suddenly and a great confusion will follow, leading to great problems.”

‘Luazi’ is generally translated as foreign, as seen in the Book of Psalms.

However, the Moon will only partially darken on the night of July 4 and 5.

This weekend’s eclipse will be penumbral one, meaning it will unfold in the weakest shadow cast by the Sun and the Earth.

As a result, the eclipsing will most likely go unnoticed by most people.

Astronomer Deborah Byrd of EarthSky.org said: “There is never a dark bite taken out of the moon, as in a partial eclipse.

“The eclipse never progresses to reach the dramatic minutes of totality.

“At best, at mid-eclipse, very observant people will notice a dark shading on the moon’s face.

“Others will look and notice nothing at all.”

Dad and son die in police custody after being arrested for...

Unique Brain Signal Just Discovered. And It Might Make Us ‘Human’