Self-Proclaimed alien expert Scott C Waring took to his etdatabase.com blog to voice his opinion about the unusual Mars anomaly spotted by US space agency NASA. He said: “I was looking through the old Spirit rover photos when I found a screaming face in the dirt. “It looks like something resembling a small alien reptile skull crushed underneath the Mars Spirit rover’s tread marks.

Mr Waring proceeds to zoom-in on the Mars anomaly to gain a better look of the NASA photo, time-stamped April 24, 2004.

The first Martian road kill. Hello from the human race

He added: “You can see it right there. It has an open mouth and probably possessed a bird-like beak.

“You can see a horn-like object over its eye and neck area. It is buried after being run-over and moved by the NASA rover.

“And because it was moved we can see it now.”

Part of the NASA Mars Spirit rover is visible in the image beamed-back from the Red Planet’s desolate surface. 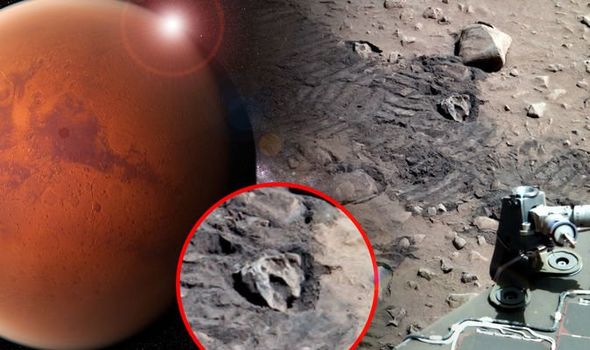 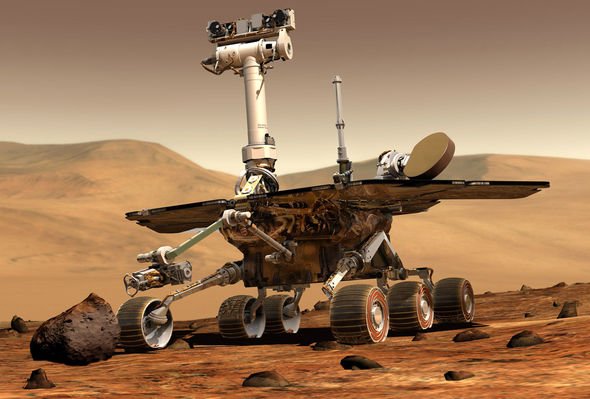 The proponent of alien life conspiracy theories continued: “US space agency NASA is there to explore and discover new life and yet all they are really doing is running over it with their very expensive metal tyres.

“It had been run over, because that’s the only thing NASA is good at doing on mars … running over alien artefacts and evidence.

“Spirits’s tread marks have broken alien artefacts like this one.

“To me, this looks like some part-reptilian, part bird-like alien skull. Is it just a rock or a figment of our imagination?

“If I found this on Earth I would probably instantly think it is some sort of dinosaur skull from some kind of prehistoric reptilian animal.

“Some of them had wings while others had feathers, beaks and claws, so who knows what they had on Mars?

“The fact that its on Mars alone should rock the world of palaeontology.” 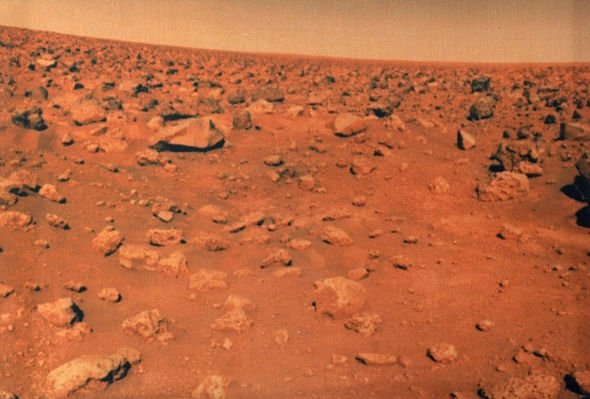 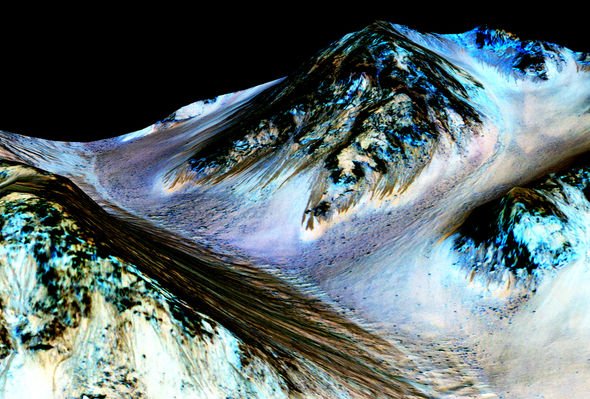 However, Vojtěch Helcel was a little more sceptical about the highly-dubious Martian anomaly, writing: “Any animal capable of flying has very fragile air-filled bones, so it would crumble into million pieces when ran over by the rover.

And Maz YNWA Akhtar-Miah appeared to agree, adding: “I think this is just a small rock unfortunately.”

Titanic’s iconic telegraph ‘voice’ may be recovered. But some say the...