UFO FOOTAGE from the US Navy has been confirmed as genuine, but was never supposed to be released to the public for one concerning reason, claimed space expert Kate Arkless Gray.

She told Sky News: “Plenty of people are interested in this kind of thing, there’s always this idea that you can’t get to the truth.

“Anything you don’t have immediately available to you, a lot of people will say ’this is because they don’t want you to know what’s really out there’, but it could be more that it’s matters of national security for example.

“If these things that are coming close to US ships or planes could be coming close to other countries, perhaps that’s something more of a national security matter rather than aliens from other worlds trying to visit us.”

On the leaked UFO videos, Ms Arkless Gray explained earlier in the interview: “Well what we can see is the footage has been confirmed from the Navy, they themselves are not absolutely clear what these objects are. 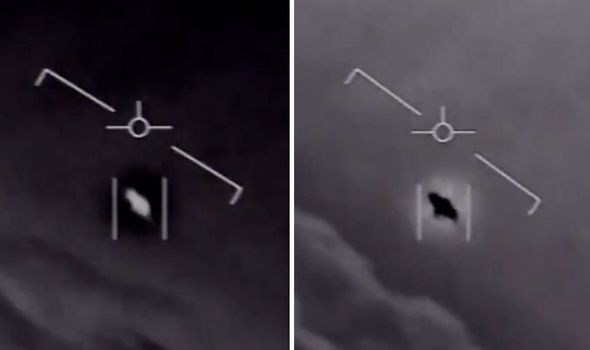 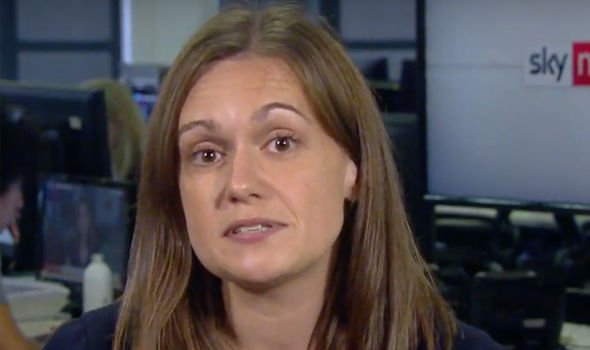 “As far as I know it’s not been officially classified this footage, but because it was shared outside of the Navy a number of years ago, they decided not to follow up and put in any sort of investigation as to who had leaked these clips.“

On whether the UFOs could be signs of extraterrestrial life, she added: “There’s always this idea, one of the big questions we have is are we alone, is there other life out there in the universe, could it be intelligent life.

“It is really exciting to think that there could be other life forms out there. But unfortunately, and I hold my hands up as a big fan of the X Files, I had the famous poster on my room at university ‘I want to believe’.

“I really want to believe these things are out there, but I think it’s more likely that if we do find any sign of life out there it’s going to be from scientific exploration of planetary bodies such as Mars. 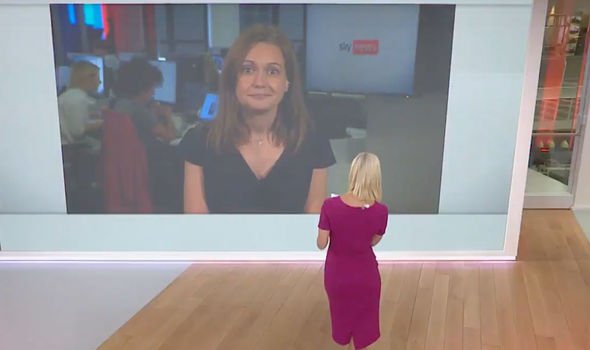 “And if we find something then it’s more likely to be some evidence of bacterial life forms or something that’s not quite walking around in a humanoids form with green skin and an antennae.”

In the three leaked US Navy videos, several mysterious objects can be seen travelling through the air at a high speed. In the background of the black and white UFO footage, a person can be heard saying: “There’s a whole fleet of them. Oh my gosh… they’re all going against the wind. The wind is 120 knots to the west. Look at that thing!”

Later someone can be heard exclaiming: “Hahaha, woo! What the f*** is that thing? Did you box a moving target?” Another person replies: “No, it’s on auto track.”

A spokesman for Senator Mark Warner, the vice-chairman of the Senate Intelligence Committee, said of the UFO footage: “If naval pilots are running into unexplained interference in the air, that’s a safety concerned Senator Warner believes we need to get to the bottom of.”

Ed Booth, an aviation expert for News4Jax studied the shocking UFO footage and insisted that US Navy Pilots are instructed to report on these sightings.

He added: “What this object is that shows up in this video remains to be seen. It’s very interesting, it’s certainly moving in ways atmospheric aircraft are not capable of moving.”

US president Donald Trump discussed UFO reports with ABC News in June as he explained he had been briefed on the matter. He said: “I want them to think whatever they think. They do say, and I’ve seen it, and I’ve read and I’ve heard. I did have one very brief meeting on it, but people are saying they’re seeing UFOs. Do I believe it? Not particularly.”

A Navy spokesman explained that the reporting on UFOs would fall under “privileged and classified information”. This is so that the military aviation safety organisation can “preserve the free and honest prioritisation and discussion of safety among aircrew”.

The Navy spokesman added the new guidelines are a response to unknown, advanced aircraft flying into or near Navy strike groups of classified or sensitive military facilities.