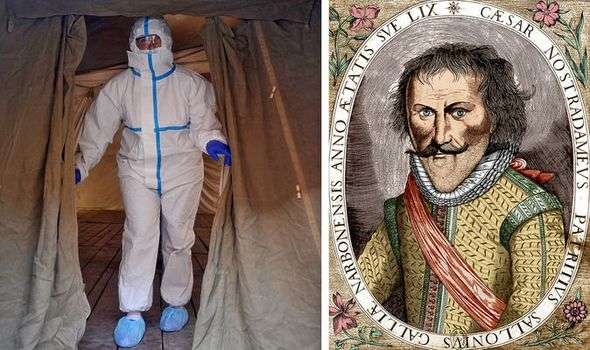 Michel de Nostredame, or Nostradamus, is considered by many to have been a powerful clairvoyant and prophet. Nostradamus’ followers credit the 16th-century physician with accurately predicting the rise of Adolf Hitler in 1933 and the assassination of President John F Kennedy in 1963. Now, conspiracy theorists have claimed Nostradamus predicted the coronavirus.

One person said on Twitter: “Y’all read #Nostradamus? I don’t normally read old literature but yeah I guess maybe #coronavirus is something that was predicted.”

A third Twitter user said: “If u never read or even heard of the book of Nostradamus you should look into it…he’s predicted so many things…including the coronavirus.”

Nostradamus penned his supposed prophecies and predictions in the form of four-lined poems or quatrains. 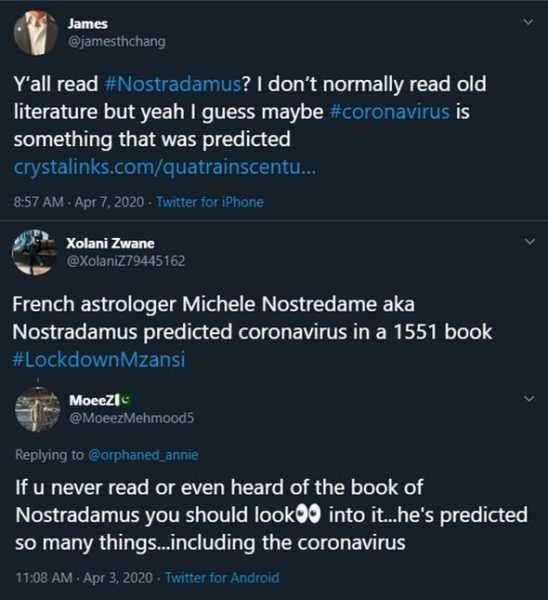 The majority of Nostradamus’ writings was published in 1555 in the book Les Propheties.

The book, written in an amalgamation of French and Latin, is divided into chapters called Centuries.

Each Century contains 100 quatrains that do not appear to follow a chronological order.

The quatrains are also incredibly vague and rarely specify dates, locations or names.

But there are some mentions of plague and disease, people have linked to the coronavirus crisis. 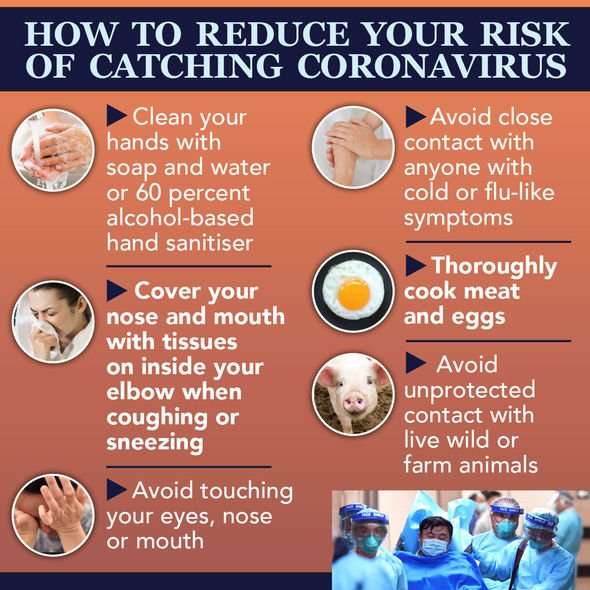 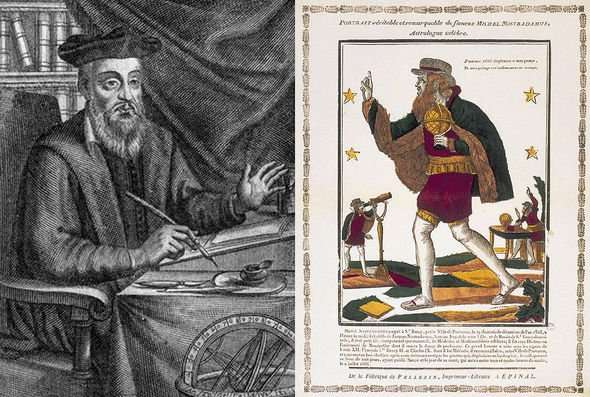 In another passage, Nostradamus wrote: “Near the gates and within two cities

There is, however, no evidence to suggest these prophecies are about the coronavirus.

There is also no evidence to support the claims Nostradamus was a clairvoyant.

According to sceptic Brian Dunning, host of the Skeptoid podcast, anyone who interprets a Nostradamus quatrain does so with a great deal of hindsight.

He said: “How accurate are his predictions? You could fill a library with books claiming to match quatrains with major events in world history — all, of course, deciphered and published after those events occurred.