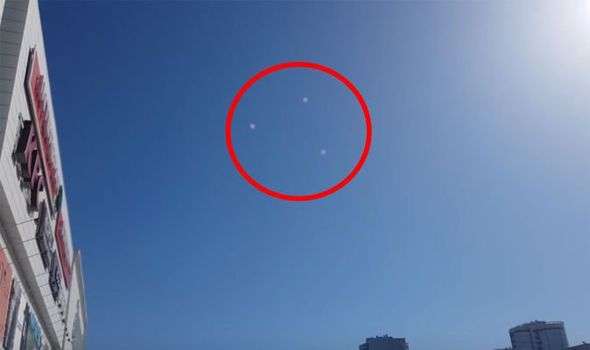 A BIZARRE UFO sighting in northern Siberia has stunned Russian scientists, who have failed to come up with a logical explanation for the footage – amid odd claims of alien involvement.

A mysterious trio of UFOs circling in the daylight sky over northern Siberia has sent the Internet into meltdown. The bizarre sighting was caught on video in a car park close to a shopping centre in Tomsk, Russia. Scientists, who typically dismiss such sightings, have been left baffled by the footage of the UFOs, amid growing speculation over its origins.

In the 15-second video, three mysterious bright spots lined up in a triangle above Siberia appear to move closer together.

The person behind the footage told Russian media they spotted the UFO formation on the 6th April.

The clip, which went viral across Russia, immediately prompted online viewers to start speculating if the sighting was a genuine UFO.

Tatyana Galushina, an astronomy professor at Tomsk State University, explained that she and her colleagues could not agree on what exactly the video shows.

JUST IN: Alien UFO found in Antarctica is 100 percent proof of ET – claim 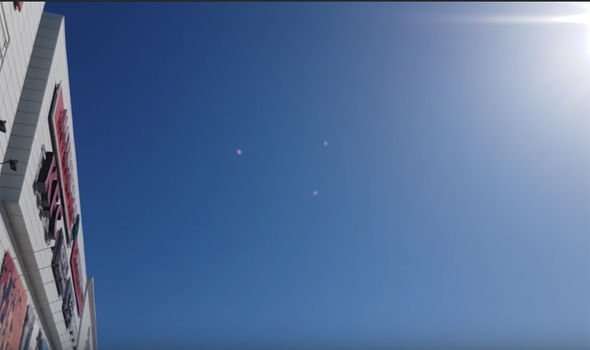 Professor Galushina said: “The main theory is that it is something illuminated by the sun.

“It could be balloons, paper lanterns, or even quadrocopters.”

Galushina also suggested that the UFO footage was a hoax or potentially camera glare.

This comes amid claims video is a result of “bored” Russians during the coronavirus lockdown measures. 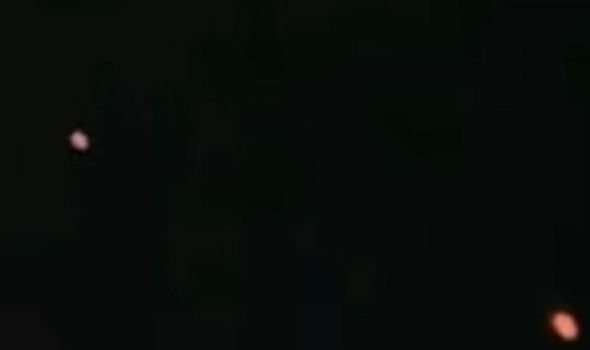 Professor Galushina told RIA Novosti: “This is certainly not a natural phenomenon, because if a person really filmed an incomprehensible phenomenon and wanted to find out what it was, they would give more information, film for longer, and so on.

“The problem is that it’s hard to make any reliable conclusions from this video.”

She did suggest that the objects filmed were “man-made” but refused to speculate on their origins.

Some online viewers suggested it was simply orchestrated movement from three drones in the sky.

The Siberian mystery comes amid a surge in UFO sightings in the US, after 20 bright red UFO orbs were spotted in Detroit, Michigan.

The unusual lights follow a similar sighting of mystery lights across the border of the US and Mexico over a week ago.

In footage from Michigan, the person filming the UFO insisted the lights that appeared in the skies were not airplanes.

Circus acrobat, 30, fights for life after horrific fall in front...