SPACEX fans are convinced an unexpected guest hitched a ride on Saturday’s launch of the Crew Dragon, with many claiming a mouse could be seen in NASA and SpaceX’s live streams.

Some 10 million people watched SpaceX and NASA launch astronauts Bob Behnken and Doug Hurley to the International Space Station (ISS) this Saturday, May 30. Although the launch was only meant to carry two passengers and a dinosaur toy, many people claim to have discovered a stowaway on the rear of SpaceX’s Falcon 9. Viral video clips shared on social media show a mystery object moving around the Falcon’s red-hot engines, leading many to think a tiny mouse got involved in the historic launch.

In a video clip uploaded to Twitter a small, grey object is seen moving around the top part of the Falcon 9’s engine nozzle.

A man then says in the video: “I don’t care what you say, that is a mouse.”

The clip appears to have been recorded on a phone during C-SPAN’s broadcast of the launch on Youtube.

The video was recorded at about the four hour and 13-minute mark. 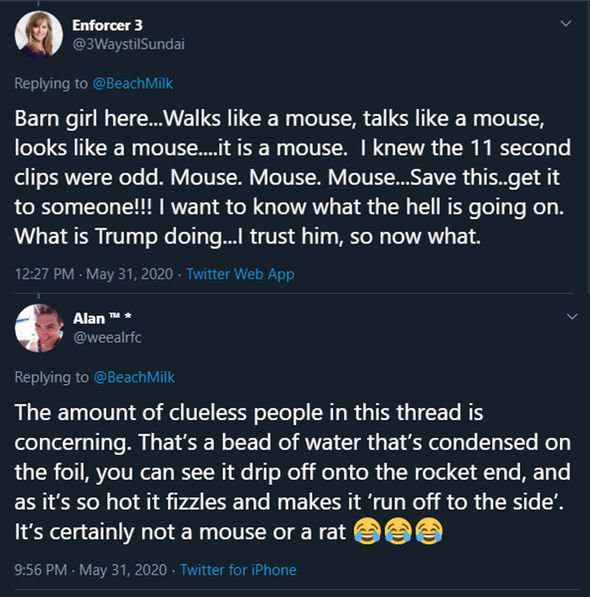 “Save this… get it to someone! I want to know what the hell is going on. What is Trump doing… I trust him, so now what.”

Another Twitter user said: “Oh man poor little guy wonder how long he lasted? Maybe he held on until breakaway.”

A third person added: ‘If it was truly in outer space then how did the mouse remain tethered to the rocket and not float away?

“Why wasn’t it scorched to death by the intense heat? This is clearly a hoax.”

However, the discovery has split the internet with many people claiming it was a piece of ice or foil that broke off during the launch.

Others have suggested it is a chunk of solid oxygen that vacuum froze when liquid oxygen vented from the Falcon 9 in space. 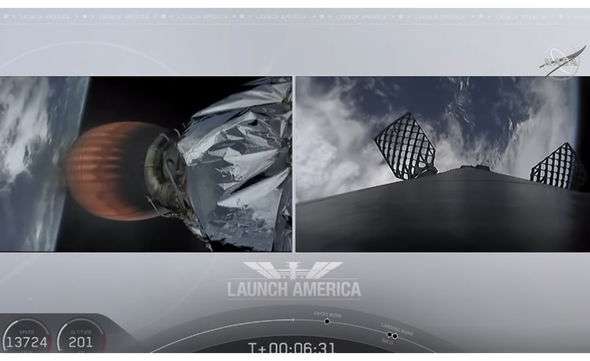 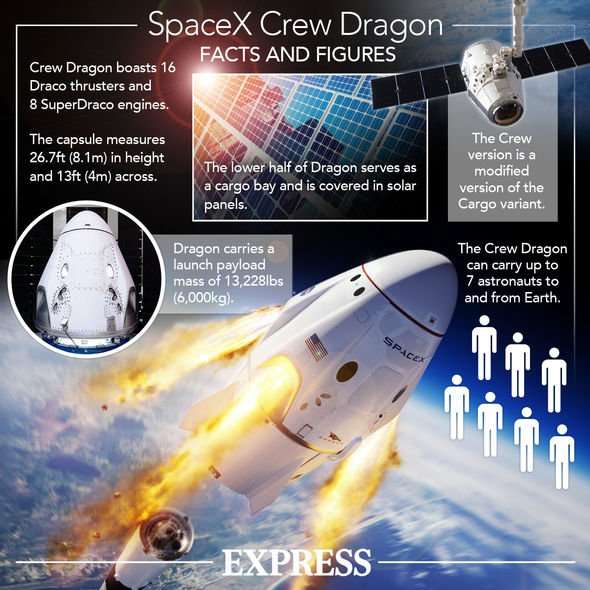 One Twitter user said: “The amount of clueless people in this thread is concerning.

“That’s a bead of water that’s condensed on the foil, you can see it drip off onto the rocket end, and as it’s so hit it fizzles and makes it ‘run off to the side’.

“It’s certainly not a mouse or a rat.”

A second person said: “Its evaporation and water vapour trapped on the cold side of the rocket sliding down and into the crevices of the rocket hood.

“You can find ‘mouse on rocket’ videos from years ago.”

The Crew Dragon is SpaceX’s attempt to deliver on the Commercial Crew contract signed with NASA in 2014.

Since the end of the Space Shuttle in 2014, NASA has relied on Russia’s Soyuz spacecraft to ferry astronauts to and from the ISS.

The US space agency is now moving towards a commercial enterprise model with companies like SpaceX and Boeing providing launch services for NASA. 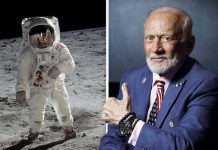