‘STUNNING’ footage’of unidentified flying objects flying at great speeds with no visible means of propulsion released by the US Navy earlier this year are the “most important evidence of the existence of UFOs in 70 years” – and “prove” they are real, a ufologist has said.

Several US Navy aviators came forward in May, with the permission of the US Department of Defense, to report UFO sightings during training, suggesting they had seen strange objects over the east coast of the USA between 2014 and 2015. Pilots claimed the UFOs were also able to stop quickly and turn suddenly even against deadly winds, and declassified footage showed one such object hurtling rapidly across the sea at hypersonic speeds.

James Abbott, who has just published the second volume in his series, The Outsiders’ Guide to UFOs, said he was both intrigued and excited by the revelations.

He told Express.co.uk: “The US Navy sightings are arguably the most important encounters with unidentified objects in the past 70 years.

“They are important not simply because they were recorded on advanced sensors but because the US Department of Defense agreed to release those (and other) similar recordings and gave the pilots permission to speak to the press about them. 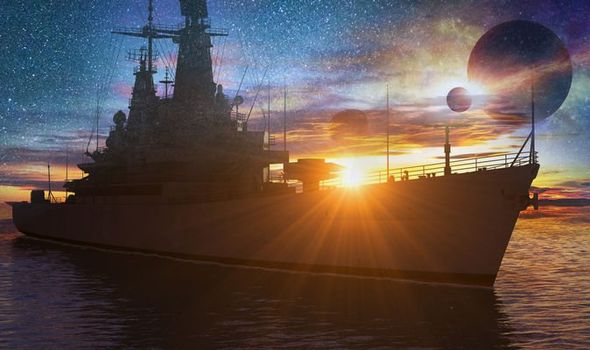 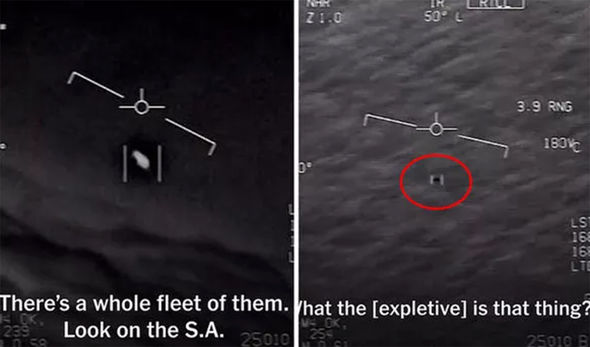 “The released recordings (and there may be more) span the period from 2004 to 2018 and show some very strange objects.”

Mr Abbott said the footage had been released from late 2018 onwards, with the main witness from one similar encounter in 2004 giving detailed interviews in which he voiced his wish to “fly one of those”.

He added: “The more recent recordings – from the US East Coast – not only show similar objects but the two pilots who were prepared to go on public record gave some stunning evidence.

“One said that he once had an object clearly on his advanced sensors but was completely unable to see it with his own eyes.” 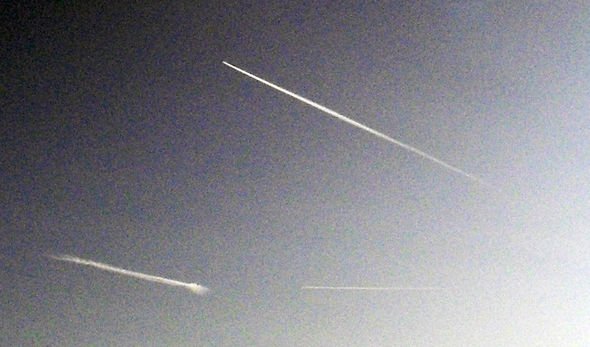 Such sightings are nothing new – Mr Abbott said in 1952, the US Air Force had allowed pilots involved in a famous series of UFO encounters commonly referred to as the “Washington flap” to give a series of press interviews – but the US Government rapidly stepped in to put a stop to any publicity.

Mr Abbott said: “So, the recent revelations by the DoD and the even more recent decision by the US Navy to make it easier for navy pilots to report unidentified objects seem to be part of a sea-change in official attitudes towards the subject.

“No one is claiming extraterrestrials but the official approach now appears to be that there is something unexplained there and it is necessary, without jumping to unjustified conclusions, to gather more evidence. 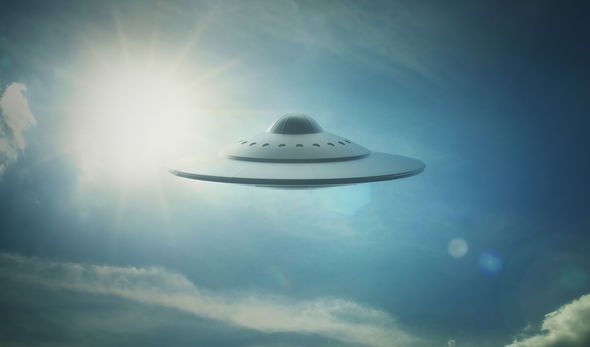 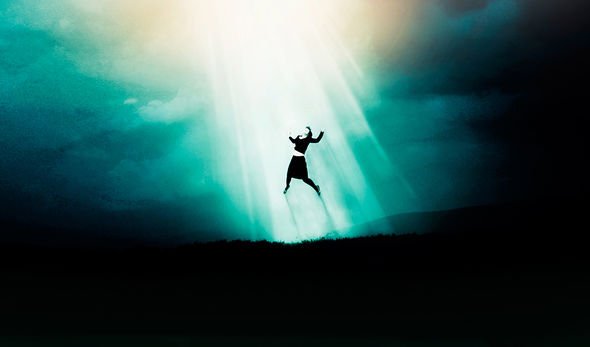 “My own conclusions therefore are that the sensor evidence shows that something is definitely causing highly trained pilots and their electronic sensors to see things that, according to our current understanding of science and aerodynamics, simply cannot be.

“Set that evidence alongside the mountains of other witness testimony from very credible people and one has to conclude that UFOs are a proven phenomenon.

“They may be lots of different things but – here and now, in 2019 – we finally know for sure that they are there.

“Everyone is searching for the Holy Grail of UFO studies – the solid-gold piece of evidence that is absolutely incontrovertible. 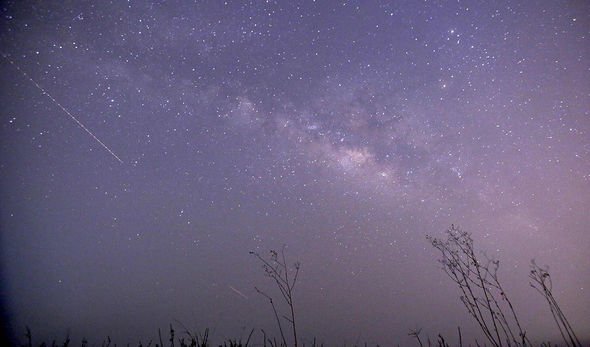 “For UFOs we have a huge amount of evidence and one or two pieces which look like golden nuggets – like the US Navy evidence.

“Taken together the evidence is so strong that there is now almost no remaining doubt that the phenomenon exists.”

As to what they actually are, Mr Abbott has yet to draw any firm conclusions.

He said: “There’s no single piece of evidence that is sufficiently compelling to prove extraterrestrial involvement.

“The only possible connections are those involving so-called ‘experiencers’ and abductees and very few are well corroborated.

“There is a certain amount of circumstantial evidence through some of the better researched abductions but, even if we could be certain that some sort of outside force was involved, it may not necessarily be extraterrestrials.

“There’s quite a gulf between knowing that there is a phenomenon which needs explaining, to being able to conclusively explain it.”

Mr Abbott used the example of meteorites to illustrate the way science sometimes lags behind reality. 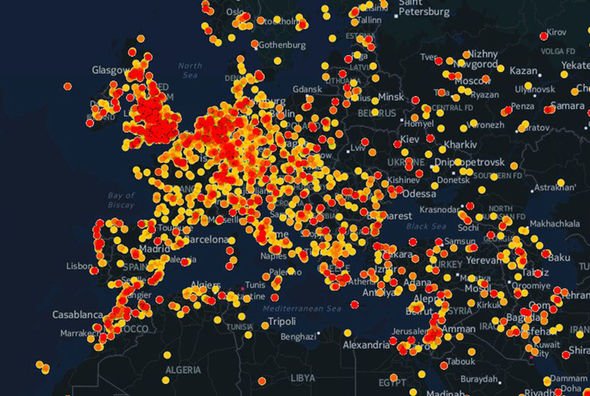 He said: “The issue of rocks which fell, burning from the sky was a phenomenon which science derided for many centuries. Scientists could not understand how a rock could get up there in the first place, let alone explain how it caught fire and fell back to Earth.

“The ordinary people who saw such things and could point to the rocks on the ground tended to keep quiet about the whole thing for fear of the same sort of ridicule which besets UFO witnesses.

“It was the late 18th century before science finally caught up and explained the whole thing as meteorites. 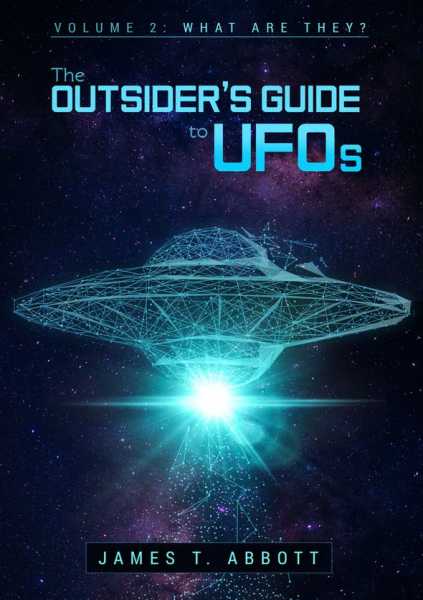 “We are now at the point of acceptance that the UFO phenomenon exists. But whether it is a result of natural forces, time-travellers, inter-dimensional travellers, or extra-terrestrials has yet to be seen.

“My starting point has always been the recognition that there are a lot of intelligent people out there who would like to know more about the subject of UFOs but who shy away from the ‘My Grandmother was an Alien’ side of the topic.

“More specifically they have a natural aversion to people who claim they “know” the answers and that everything is definitely about little grey men and interstellar saucers.”