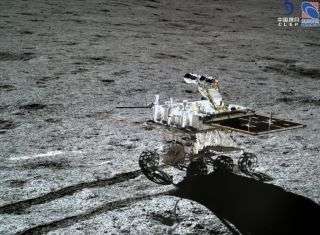 China’s farside lunar rover Yutu 2, part of the country’s Chang’e 4 mission, has broken the longevity record for working on the surface of the moon.

Lunokhod 1 was the first roving remote-controlled robot to land on another world, operating in the Sea of Rains starting on Nov. 17, 1970. Lunokhod 1 operations officially ceased about 10.5 months later, on Oct. 4, 1971. That was the 14th anniversary of the launch of Sputnik 1, the first-ever artificial satellite.

Lunokhod 1 traveled 6.5 miles (10.5 kilometers) on the lunar surface and transmitted back to Earth more than 20,000 TV pictures and more than 200 TV panoramas.

Yutu 2 has been working on the moon for more than 11 months, since Jan. 3 of this year.

The rover is part of China’s Chang’e 4 mission, which also includes a stationary lander. The duo touched down on the floor of the 110-mile-wide (186 km) Von Kármán Crater, which lies within the South Pole-Aitken Basin.

Yutu-2 will continue working on the moon, CGTN reported.

Earlier this month, Yutu-2 and the Chang’e 4 lander ended their work for the 12th lunar day, switching to dormant mode for the lunar night, reported the Lunar Exploration and Space Program Center of the China National Space Administration (CNSA). (It takes the moon about 29 Earth days to complete one rotation on its axis, so one lunar day is nearly as long as a month here on Earth.)

At that time, the wheeled rover had chalked up over 1,132 feet (345 meters) of travel, CNSA officials noted.

Yutu 2’s record applies to surface craft only; many moon orbiters have operated for considerably longer. For example, NASA’s Lunar Reconnaissance Orbiter launched in June 2009 and is still going strong. 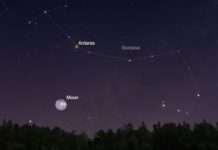 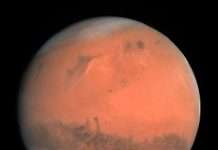 How to see the last supermoon of 2020