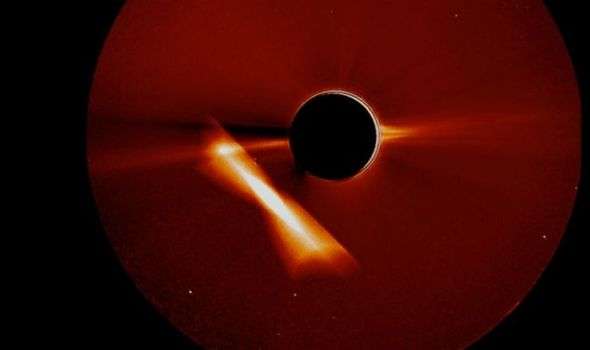 UFO enthusiasts bizarrely believe they have spotted an alien spacecraft zooming past a NASA camera monitoring the Sun.

UFO hunters believe they have hit the jackpot in the search for intelligent extraterrestrials as they claim they have spotted an alien spaceship travelling through deep space. In the photos from NASA’s Solar and Heliospheric Observatory (SOHO) satellite, which is monitoring the Sun, prominent conspiracy theorist Scott C Waring says a UFO can be seen.

Mr Waring believes the trajectory of the object makes it “impossible” to be natural.

The alien hunter believes the supposed extraterrestrials in question are analysing the satellite.

Mr Waring wrote on his blog ET Database: “When I was looking through some NASA satellite images of our Sun, I noticed that something shot past the SOHO satellite.

“The object was relatively close so it probably wasn’t much bigger than the satellite itself, but look at it move. This object is just sailing past at incredible speeds.

“The object could be a UFO or even one of the alien entities that often shoot around the satellite. 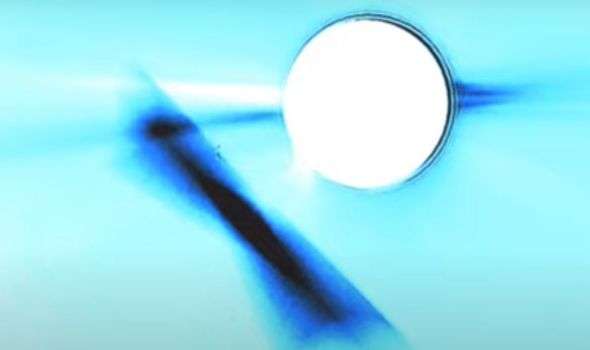 “The entities I’m talking about are usually circular and often have curved trails, which is impossible for a natural object in space to have a curved trail, unless it’s intelligently controlled.

“This particular object here looks like a UFO was checking out the satellite and accidentally got caught on video for a split second.” 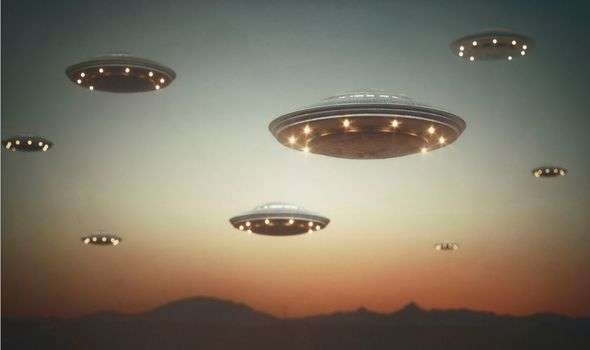 These specks of dandruff can be anything from bits of chipped paint drifting aimlessly in zero gravity, flakes of ice or spacecraft insulation that has broken off.

This is not the first time an alleged alien spaceship has been spotted near the Sun.

In September 2018, Maria Hill from Salem, Indiana, snapped images of the Sun, which she believes show a huge UFO followed by a massive fleet of smaller crafts passing behind.

Ms Hill wrote on Facebook alongside the images: “This is what showed up in my camera after I took a picture of the sun in the eastern sky this morning. iPhone 8 with a camera lens adapter.

“A green circular door-like object is at the centre of the vortex/worm hole and a serpent snake at the top right above it, by a circular disc.

“I am sure this has a symbolic meaning with the snake and the disc.”

Out of Deep-Sea Mud, a Strange Blob May Hold Secrets to...