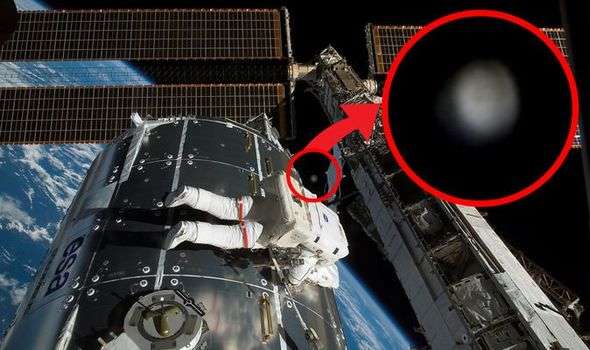 UFO hunters are certain NASA caught a “metal orb” UFO racing past the Space Shuttle Atlantis, which they believe was also seen on a mission to the International Space Station (ISS).

The supposed alien UFO was first seen in September 2006 during a NASA mission to install a truss structure on the International Space Station (ISS). Prominent ufologist and conspiracy theorist Scott C Waring believes the same UFO was seen two years later during another Atlantis mission. Mr Waring shared his bizarre claims on his blog ET Data Base where he said the UFOs are 100 percent identical.

The UFO hunter also shared footage of his discovery on YouTube, claiming the Space Shuttle was followed by a small fleet of UFOs for 24 hours.

You can see in the video and the photos, a very blurry blob far behind the shuttle.

Mr Waring said it is not the Moon but “actual proof” of “the orbs”.

The UFO expert also argued the blob is perfectly in focus but appears blurry because it is moving.

He also wrote on his blog: “These photos were taken during the STS-122 mission back in February of 2008. 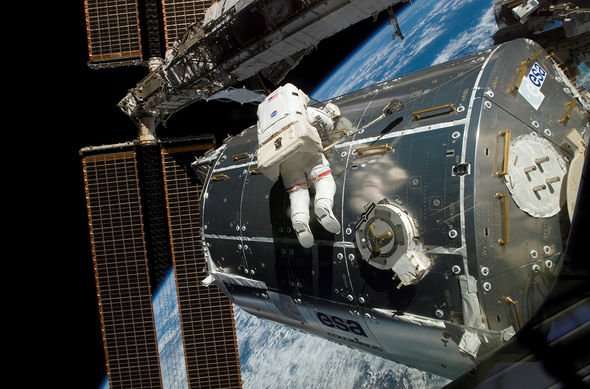 “This is an alien orb and similar orbs have been seen around the shuttle Atlantis before and broadcasted on live CNN around the world a few years ago. Notice the mist around this orb

“If this was the Moon it would be in total focus like the Earth, but you need to click on the large photo to see this fact.

“This is the exact same type of UFO seen back in 2006 Atlantis mission.”

Mr Waring then said the same type of UFO was seen on CNN in 2006, during Space Shuttle Mission STS-115.

Because the mission came only three years after the Space Shuttle Columbia disaster that killed all seven astronauts on board, there was a lot of concern for the safety of the Atlantis crew.

On day 11 of the mission, the day of its planned return, Atlantis was delayed for additional inspections of the orbiter’s heat shields.

The delay was in part caused by an unknown flying object spotted in orbit close to Atlantis.

There was concern the object may have broken off the shuttle or that it could damage the orbiter during descent. 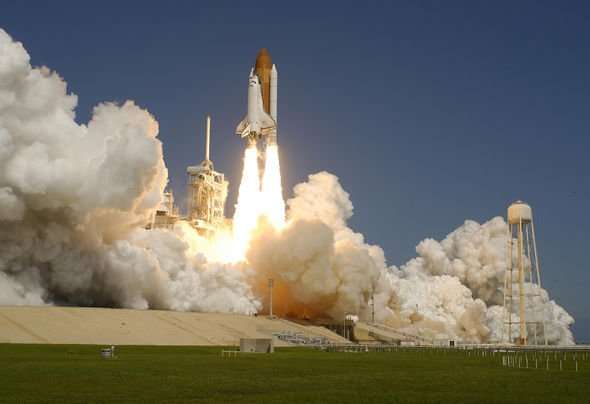 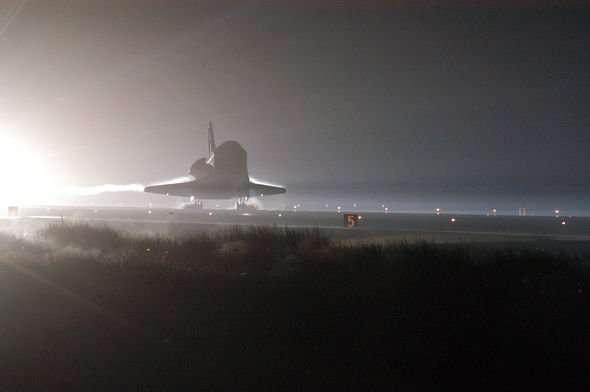 Mr Waring said: “CNN announced live that the Shuttle Atlantis would be delayed for its landing due to a UFO following it.

“Unidentified Flying Object, which does not necessarily mean alien object.

“When CNN showed the live feed from the shuttle… the world saw not one, but five to seven grey metallic orbs floating around behind and around the shuttle.”

But there is no clear evidence of alien UFOs zipping around the planet beyond the blurry NASA pictures.

It is more likely Mr Waring has experienced pareidolia, a bizarre trick that causes people to see shapes and patterns where they do not exist.

“Everyone experiences it from time to time. Seeing the famous man in the Moon is a classic example from astronomy.

“The ability to experience pareidolia is more developed in some people and less in others.”