A UFO has been spotted hovering over the Moon in a recently-unearthed NASA Apollo 12 photo, an alien life conspiracy theorist has alleged.

ET expert Scott Waring took to his etdatabase.com blog to discuss the lunar anomaly, shot by 1969’s Apollo 12 crew. He said: “I found this UFO in an Apollo 12 index and it shows a U-shaped UFO with a blue trail behind it.

“The object is huge and from the angle of the blue trail, the UFO must have come down at a 45 degree angle to the surface of the Moon.

“A NASA photograph taken in 1969 spotted this object flying over the Moon.”

The conspiracy theorist admits to slightly enhancing the Apollo 12 image, adding a little contrast and sharpness to bring out the detail.

It appears the Apollo 12 crew were descending to the Moon when the eerie anomaly was captured. 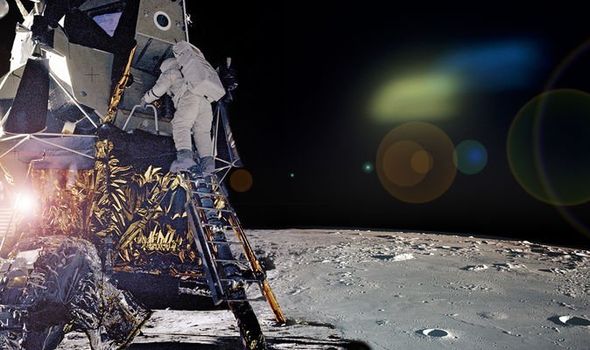 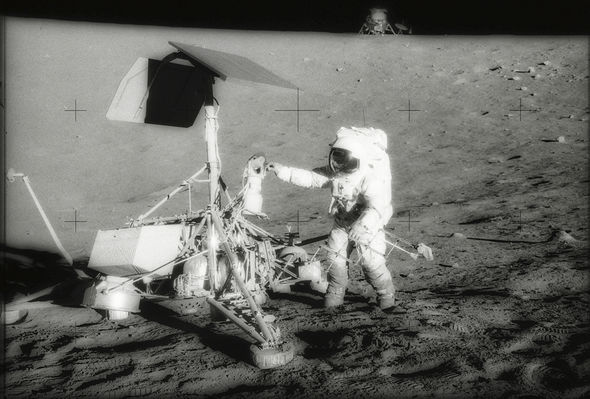 Waring added: “The object seems to be a yellow and U-shaped, leaving a bright blue trail in its wake.

“I believe this object was travelling in a diagonal direction from right to left.

“And the UFO is approaching the Moon as it watches Apollo 12.

“The UFO was approaching them and watching the lunar module from up-close.”

Another, more rational explanation, is the strange yellow is, in fact, glare from the sun striking the camera lens.

The original Apollo 12 image was taken from US space agency NASA’s website.

The photograph’s caption reads: “A high oblique view of the Moon, looking northwest over the Ocean of Storms (right) and the more rugged area around the crater Kepler A (out of view at left).

“While astronauts Charles Conrad Jr and Alan Bean descended in the Lunar Module “Intrepid” to explore the Ocean of Storms region of the moon, astronaut Richard Gordon Jr remained with the Command and Service Modules “Yankee Clipper” in lunar orbit.” 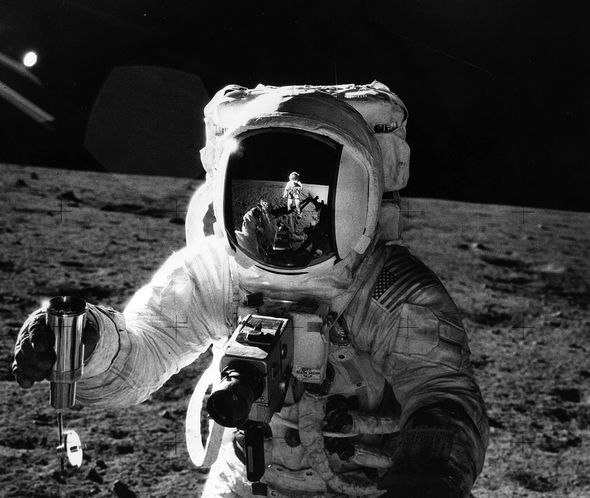 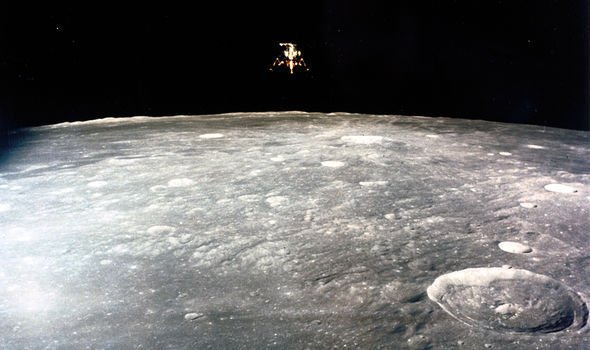 George Mair agreed, writing: “It reminds me of one of these so called fast walker craft which travel at almost light speed.”

However, J Carrion offers a more prosaic explanation for the NASA photo, commenting: “Could be a reflection from inside the module.”