A ‘GHOST’ of a ‘wailing woman’ terrified residents in Colombia as the spirit known locally as La Llorona appeared on a treetop.

The “ghost” appears to wail loudly from the treetop in the footage with social media users calling it the scariest thing they’ve ever seen. A ghostly figure of a woman moves above the tree. According to petrified residents, the “ghost” appeared in broad daylight in a treetop in the municipality of Monitos, Cordoba, Colombia.

In Latin American folklore, La Llorona, or “The Weeping Woman”, is a famous legend about a mum who drowned her two sons in a river before taking her own life and becoming cursed.

She was then refused entry into heaven until she could find her children’s lost souls, according to the myth.

The legend says that La Llorona wails and abducts children who she then drowns in the river where she killed her sons, hoping in vain that their souls will finally bring her rest.

The video left social media users petrified as one admitted to having to sleep with their mum. 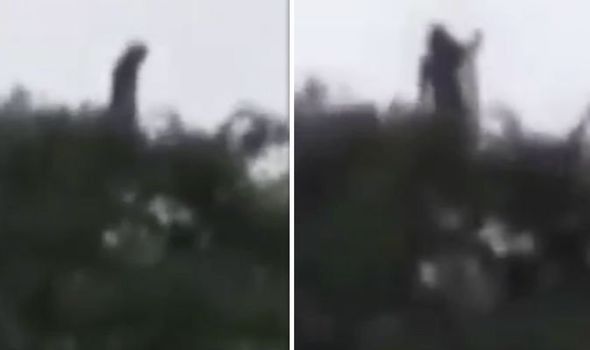 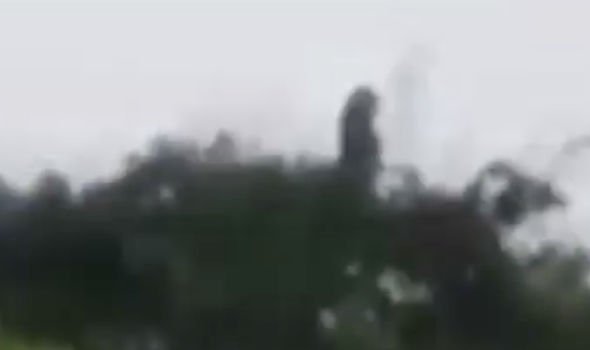 One person said: “After hearing about this, I had to sleep with my mum – and I haven’t even seen the video yet!”

Alleging the whole myth was a conspiracy, a user wrote: “These legends are used by unscrupulous people who want to buy properties at a knock-down price.

“If they can’t buy them cheap, La Llorona suddenly appears.” 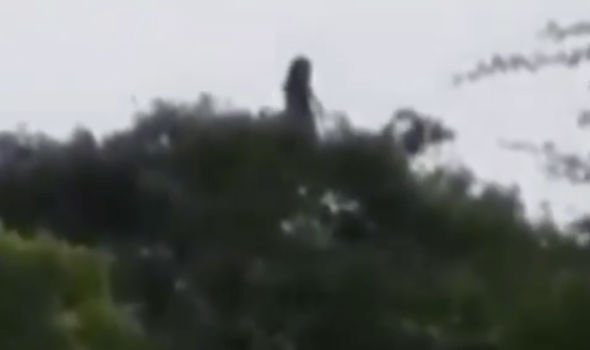 Meanwhile, another viewer said: “Instead of scaring me, this video made me laugh.

“What is that woman doing up there, she is going to fall!

“Does she think she will find her kids in the treetop?”

It comes as American cable news channel, HLN, reported on a scary sighting that became a viral sensation.

Maritza Cibuls, a mother from the state of Illinois, posted a terrifying image of her son, Lincoln, with what appeared to be the ghostly outline of another child next to him.

Mrs Cibuls stayed up all night staring at her son’s baby monitor after she saw the ghostly image.

News anchor Christi Paul reported on the story, and revealed the unexpected ending.

She said: “What would you do if you saw what looked to be a ghost in your baby’s crib?

“That’s what happened to a mom in Illinois.

“It appears to be a ghost baby sleeping next to her son.”