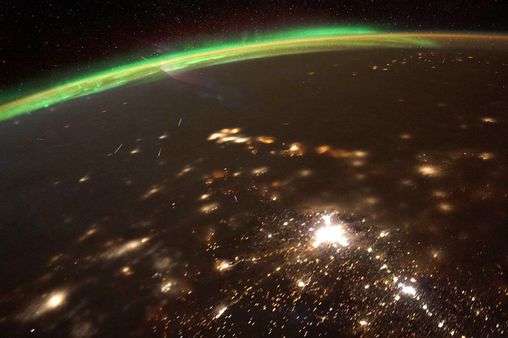 NASA astronaut Christina Koch, who recently set a record for the longest single spaceflight by a woman, posted a photo of the event on Twitter

From their position on the International Space Station, astronauts are treated to a unique view of our planet that most people will never have the chance to see.

Now, one NASA astronaut on board the ISS has snapped a stunning bird’s-eye-view of the recent Quatrantids Meteor Shower, alongside the Northern Lights.

Christina Koch, who recently set a record for the longest single spaceflight by a woman, posted a photo of the event on Twitter.

She wrote: “Can you see shooting starts from space? Turns out, yes! 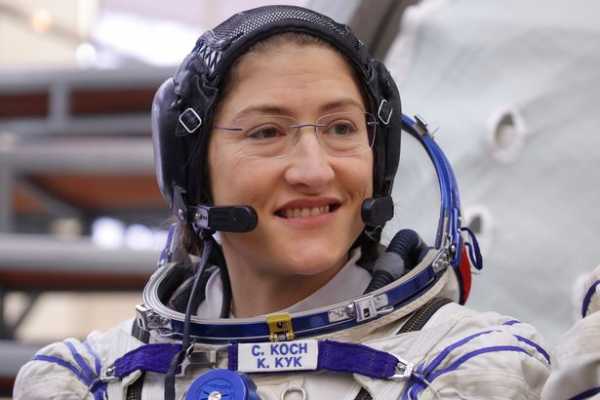 “The first meteor shower of the decade and we were lucky enough to catch it from the Space_Station along with the northern lights.

“This is a composite image of a few of the Quadrantids as they blazed into the atmosphere.”

Several Twitter users responded to the stunning image to question how safe the International Space Station is during a meteor shower.

Since its assembly back in 1998, the International Space Station has been hit by several pieces of debris, but thankfully there are measures in place to make sure the station is safe.

Speaking to IFLScience , Daniel Huot, Public Affairs Officer at NASA explained: “The ISS will normally manoeuvre away from the object if the chance of a collision exceeds 1 in 10,000.

“It typically happens about once a year. There have been 23 debris avoidance manoeuvres in the station’s history.”

Astronauts on board the ISS regularly tweet stunning photos of their unique view of our planet.

She wrote: “This year I am thankful for the extraordinary opportunity to see our precious planet Earth from above, and to all those on the ground that are striving to protect it. #HappyThanksgiving. Photo: The mighty Amazon River.”