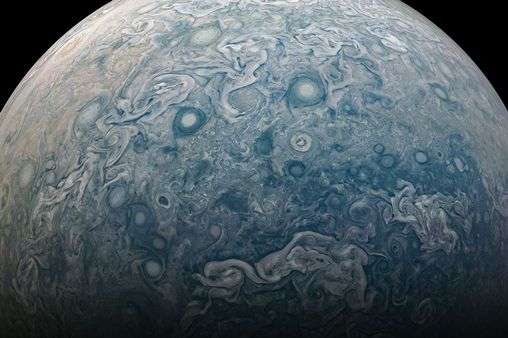 At first glance at this image, you’d be forgiven for mistaking it as a surrealist painting.

But the image of Jupiter is very much real, and was snapped by NASA’s Juno spacecraft during its 24th close flyby of the planet.

NASA explained: “Jupiter has no solid surface in the same way Earth does. Data collected by Juno indicate that some of the giant planet's winds run deeper and last longer than similar atmospheric processes on Earth.”

The photo was snapped by Juno during its 24th close flyby of Jupiter, on December 26.

While the photo looks like it was snapped up close, the spacecraft was actually about 14,600 miles from the tops of Jupiter’s clouds! 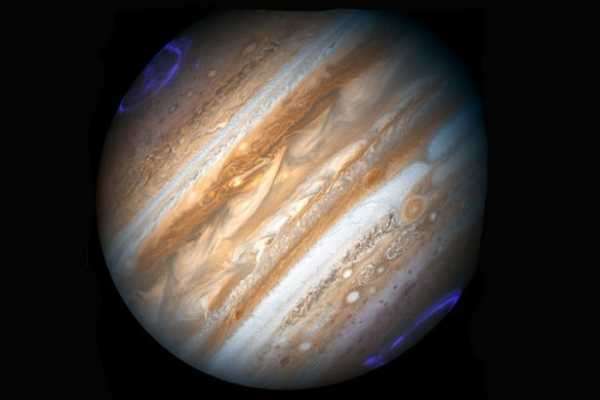 Juno launched from Earth back in 2011, and arrived at Jupiter five years later, in 2016.

The spacecraft’s principal goal is to understand the original and evolution of Jupiter.

NASA explained: “ Underneath its dense cloud cover, Jupiter safeguards secrets to the fundamental processes and conditions that governed our solar system during its formation.

"As our primary example of a giant planet, Jupiter can also provide critical knowledge for understanding the planetary systems being discovered around other stars.

“With its suite of science instruments, Juno will investigate the existence of a solid planetary core, map Jupiter's intense magnetic field, measure the amount of water and ammonia in the deep atmosphere, and observe the planet's auroras.

“Juno will let us take a giant step forward in our understanding of how giant planets form and the role these titans played in putting together the rest of the solar system.”

‘Miracle’ as skier, 26, survives five hours buried under avalanche in...