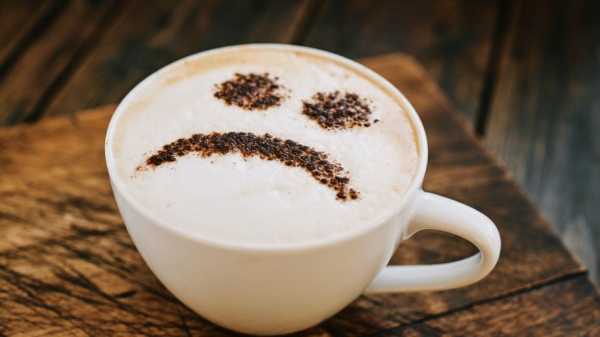 An Alaska-based airman was punished last week for reportedly peeing in an office coffee maker, according to a report.

The incident was reported in a newsletter written by the legal office of the Anchorage Joint Base Elmendorf-Richardson on Feb. 13, although many of the details remained a mystery.

According to the newsletter, the Airman First Class violated two articles — one being Article 92, dereliction of duty, "for failure to refrain from urinating in the office coffee maker." An Alaska based airman was reportedly punished for peeing in an office coffee maker, according to Task &amp; Purpose.<br data-cke-eol="1">
(iStock)

The airman also allegedly violated Article 86, absence without leave, for five days away from duty.

Due to his actions, the airman received a reduction to Airman Basic — the lowest enlisted rank in the United States Air Force (USAF). The airman also received a reprimand, although it was not clear what that entailed, according to Task & Purpose, a military-focused website.

Five letters of reprimand were previously given to the airman, according to part of the newsletter, which was posted to the Air Force amn/nco/snco Facebook group.

The newsletter didn't say if the previous reprimands were due to a lack of bladder control or poor judgment, although users replying to the post still had some fun making light of the alleged act.

"It's not about the money at this point, it's about sending a message," one user joked, referencing the famous Joker quote from "The Dark Knight."

Florida man crashes into church, sets it on fire with parishioners inside, sheriff says

Bible prophecy: How archaeology proved disease in Book of Samuel ‘was Bubonic...