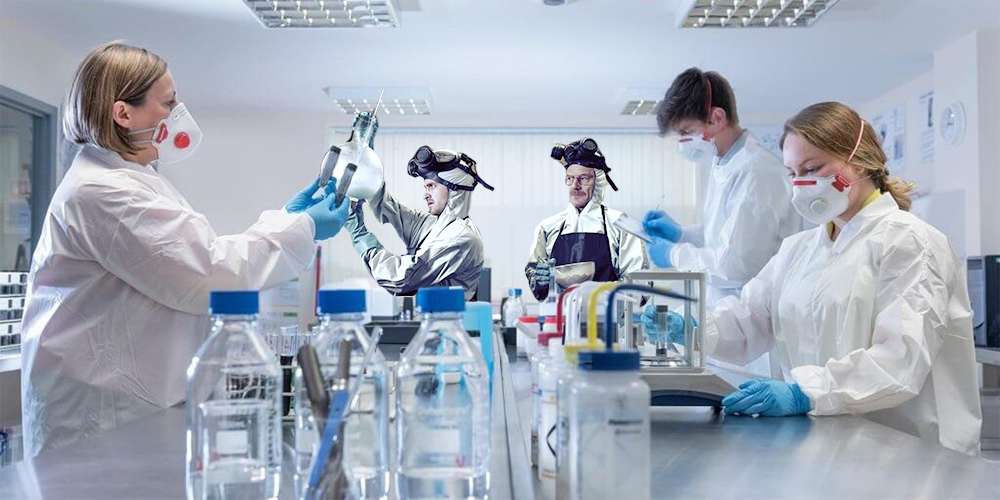 Specialists from the Kurchatov Institute have developed a new approach to combat the problem of uncontrolled growth of algae in water bodies. They created a multifunctional highly porous material that both adsorbs biomass on its surface and inhibits its further growth. Two components – chlorinated polyvinyl chloride, which provides strength to the filter during operation, and natural polymer chitosan, which fixes biomass – were used to get the desired combination of properties. The results of this study are published in the Journal of Applied Polymer Science.

The development of industry and agriculture is inextricably linked to the negative impact on aquatic ecosystems. Pollution of water bodies with industrial waste and fertilizers leads to eutrophication – mass development of algae, which has a negative impact on the entire ecosystem. This process is accompanied by the production of toxins that are dangerous to both flora and fauna and humans. The technologies currently used to clean up water bodies are not preventive and are designed only to combat the effects of eutrophication. As a rule, they are aimed at depositing biomass on the bottom of the reservoir in one way or another. This is not the best approach, as the nitrogen and phosphorus compounds in the algae remain in the aquatic environment and can lead to a new outbreak of mass blooms.

“What makes our technology unique is that it simultaneously involves collecting biomass and recycling it, as well as reducing algae growth activity in nearby aquatic spaces. This makes it possible not only to eliminate the consequences of eutrophication, but also, in part, to prevent its recurrence,” explained Kirill Gorin, senior researcher at the Department of Biotechnology and Bioenergetics at the Kurchatov Institute Research Center Kirill Gorin. According to the scientist, the material meets the safety requirements, keeps its structure during the whole operational period and has a high specific surface that allows adsorbing a significant amount of biomass.

The new composite is a fibrous nonwoven material made of chlorinated polyvinyl chloride with chitosan incorporated in its structure. It was obtained by electrospinning in the laboratory of polymeric materials of the Kurchatov NBIKS-Natural Technologies Complex. The researchers selected the ratio of the two components of the composite so that it kept the optimal balance of the adsorption properties and provided the required strength characteristics.

The use of chitosan in the composition of the material offers a number of advantages. Firstly, this biopolymer significantly increases the adsorption efficiency of biomass. Secondly, it is biodegradable, which means that the material can be used as a fertilizer after algae harvesting. By gradually breaking down in the soil, it is able to release nitrogen and phosphorus compounds contained in the adsorbed biomass. Finally, the third advantage of having chitosan in the composite was its ability to slow the growth of biomass. This feature was discovered by scientists in experiments with cyanobacteria and microalgae inhabiting fresh water bodies and Lake Baikal in particular. Now the specialists are studying in detail the mechanisms of chitosan effect on various microorganisms, both freshwater and marine. Further plans of scientists include development of a prototype of a new system for biomass collection and its testing in a natural water body.