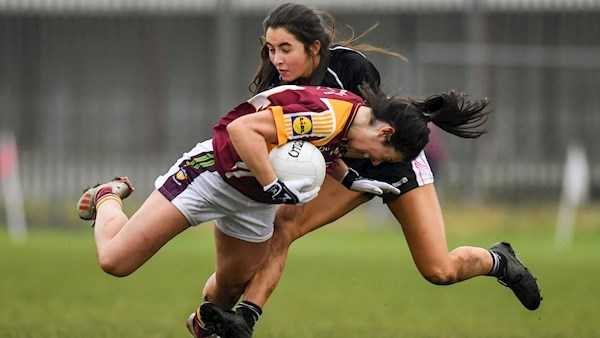 Rena Buckley scored 0-7 as Donoughmore became the third straight Cork team to claim the All-Ireland Junior Football title with victory over MacHale Rovers after extra-time at Duggan Park in Ballinasloe.

Donoughmore were 1-7 to 0-6 in front at half-time after Niamh Lohan’s strike. Cork legend Rena Buckley was inspirational throughout for her side while Rachel Kearns kept MacHale Rovers right in touch.

Mayo star Kearns picked up a yellow card at a vital stage in the second-half but she scored a key goal after she returned to set up a grandstand finish. Kearns then equalised and the game went to extra-time.

Donoughmore were 1-11 to 1-10 ahead at half-time in extra-time, and Rena Buckley added another point to seal the win.

The Munster champions had all of the experience coming into this game having captured the All-Ireland SFC title on two occasions. By contrast this was the first time since 2017 that a Mayo club even reached an All-Ireland decider and MacHale Rovers started slow.

Donoughmore raced into a 1-4 to 0-0 lead after just nine minutes. Rena Buckley was selected at midfield but started in the half-forward line and she opened the scoring in the second minute.

She doubled her tally from a free moments later, and then Lohan tagged on her first point before Donoughmore really hit their stride in the eighth minute.

Dessie Dolan retires after loss to Ballyboden in Leinster semi

Rena Buckley took a free short to Lohan and her long looping effort evaded the grasp of MacHale Rovers goalkeeper Niamh Larkin to finish in the net. It was a huge score and Rena Buckley quickly followed that up with her third point, and second from a free.

A week on from her All-Star award, Kearns finally got MacHale Rovers on the scoreboard in the 12th minute and four minutes later she doubled her tally.

Aileen Buckley and Lohan combined to cancel out those scores but MacHale Rovers hit four of the final five points in the half to go into the break right in contention.

Aileen Buckley scored her second point but two from Kearns and Rebecca Maughan reduced the arrears to four points at half-time.

Rena Buckley won a free on the resumption and she tapped it over too. It was the perfect start to the second-half for Donoughmore, however, Kearns set up Rebecca Maughan for her third point in the 36th minute.

MacHale Rovers were dealt a massive blow six minutes later when Kearns was shown a yellow card for a foul on Michelle Dilworth.

But Rebecca Maughan brought it back to 1-8 to 0-8 with just over ten minutes remaining. Rena Buckley’s fourth free gave her team a bigger cushion.

Kearns returned and after Annie Gough won a close-in free, Kearns rifled it into the roof of the Donoughmore net direct from the free in the 55th minute.

One point separated the sides until Kearns popped up to score the leveller from a free, and the game went to extra-time.

Jenny Brew Dinan opened the scoring for Donoughmore and MacHale Rovers followed that with a couple of costly misses but substitute Niamh Maughan did tie it up again.

Rena Buckley’s fifth free gave Donoughmore a 1-11 to 1-10 half-time lead and she scored again after half-time.

Niamh Maughan and Amy Walsh had goal chances for their respective sides and Sinead Walsh had her goal-bound shot blocked but Donoughmore held on. 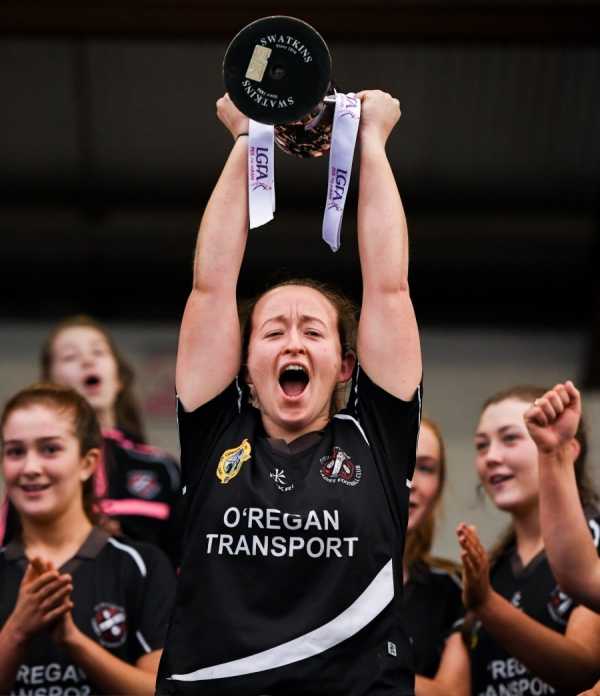 “Everybody loves the top level sport but club stuff, it’s raw, it’s emotional, we love it,” said Buckley who scored 0-7 and was named Player of the Match .