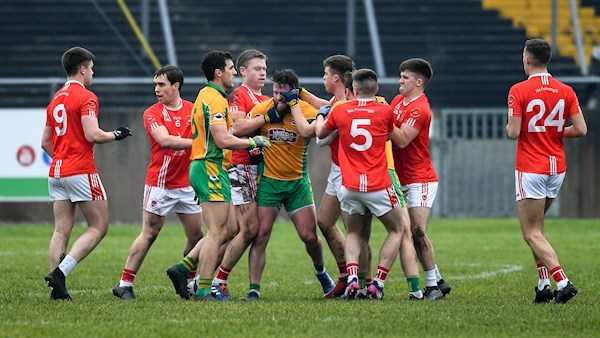 Liam Silke popped up with the killer goal as Corofin’s drive for three All-Ireland senior club titles in a row continued with victory over Padraig Pearse’s in the Connacht decider.

The defending champions looked to be in control at the interval but Pearse’s – playing in their first Connacht final – drew level by the 40th minute.

But Liam Silke finished off a splendid team goal before points from Michael Farragher and Jason Leonard killed off the challenge of the Roscommon champions.

After winning the toss and electing to play into the light breeze in the first-half Corofin should have taken the lead in the third minute but Gary Sice uncharacteristically pulled a free wide.

Three minutes later at the other end Emmett Kelly slotted a tough ‘45 from the right, which landed on the roof of Bernard Power’s net.

With both teams opting to flood their defence scoring chances were at a premium, but the seven in a row Galway champions were surely disappointed with some of their shooting and shot selection in that opening half.

Nevertheless Dylan Wall levelled matters for them in the seventh minute, while Michael Farragher’s point from a tight angle on the right was just what his side deserved as they moved ahead after 16 minutes.

Playing in their first Connacht senior final Pearse’s refused to take a backward step against their experienced opponents, and on a couple of occasions both sides lost their discipline and the exchanges became tempestuous.

Niall Carty was sin binned after 18 minutes for a pull down on Cathal Silke as he bore down on goal – Sice kicked the free that followed – while another mass brawl saw a couple of yellow cards dished out and a black for Conor Cunningham in the 25th minute.

Six minutes from the interval Sice’s second free put Corofin 0-4 to 0-1 ahead, but in added-time Pearses kept in touch thanks to Hubert Darcy’s free, while Jason Leonard did likewise at the other end to leave it 0-5 to 0-2 in favour of the champions at half-time.

The first time Roscommon champions were quickly out of the blocks in the second-half and a free from Paul Carey soon had the deficit back to two points, while the same player broke through a tough tackle and pointed off his right in the 35th minute.

The Roscommon challenge was certainly rising at that stage, but Ian Burke frees Ronan Steede on the left and he drilled over a wonderful score off the outside of his boot to restore the two-point cushion.

Niall Daly hit back immediately for Pearse’s with another well struck long range point, and his brother Ronan then scored his first following a turnover at midfield by Niall Daly.

At 0-6 each the game was suddenly in the balance, but Corofin took charge in a blistering minute. Jason Leonard’s ball over the top picked out Ian Burke, and his inside ball found Liam Silke who hammered the ball past Paul Whelan.

A minute later Daithí Burke flicked the ball on to the crossbar and Michael Farragher clipped over a point from the rebound to make it 1-7 to 0-6, while Leonard landed a lovely point on the run a few minutes later.

Shane Carty became the third player to earn a black card following an ugly pull down of Dylan Wall seven minutes from time, while his side finished with 14 players following Niall Daly’s late red.

Toddler ‘refused hospital bed’ before she became ‘blue and floppy’ and...