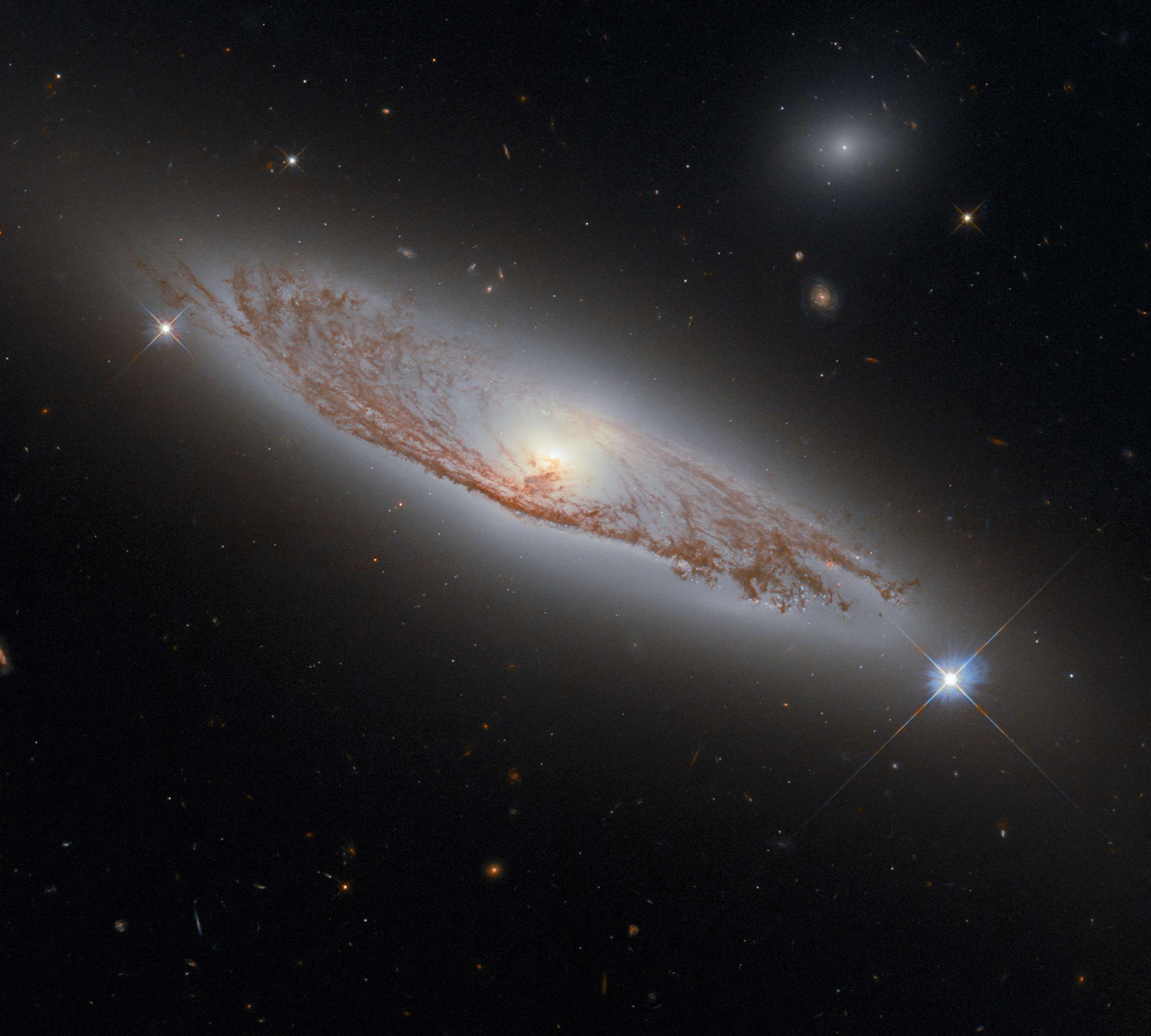 The Hubble Space Telescope is an automatic observatory orbiting Earth named after Edwin Hubble. The Hubble Telescope is a joint project of NASA and the European Space Agency and is one of NASA’s Grand Observatories.

The group tracking the Hubble mission has published a new detailed image of the spiral galaxy NGC 691, located at a distance of 120 million light-years from the Milky Way and is a member of the galactic cluster with the same name.

Diameter of NGC 691 is 130 thousand light years. According to this indicator, it is much larger than our Galaxy. The Hubble photo shows the structure of this system in detail. We can clearly see its bright core and spiral arms, densely strewn with dark dust bands. What is striking is that the arms of NGC 691 come directly out of its core. This distinguishes it from the Milky Way: its central region is crossed by a bar. This is the name given to the elongated structure consisting of relatively old stars, from which the galactic arms “grow”. Two-thirds of the spiral systems known to us have a bar.

To take such photos, astronomers use several filters, each of which transmits light at a specific wavelength. The images are then combined by computer processing into a whole, after which experts decide which color corresponds better to which filter. The resulting final images not only show maximum details of the appearance and structure of the observed object, but also allow to convey its majesty and beauty.