Home Space and Ufo Max Verstappen and Red Bull-Honda: Is momentum growing for an F1 2020... 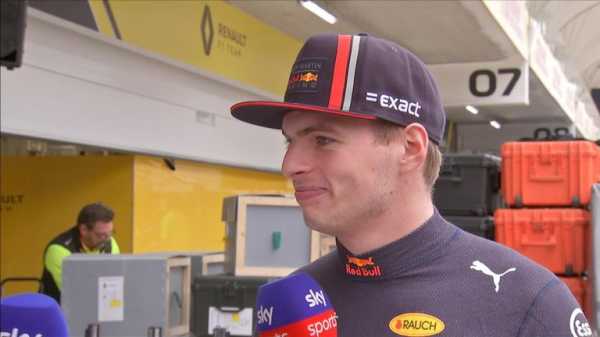 Verstappen’s three poles have come at the three highest-altitude tracks on the calendar (Mexico City, Interlagos and Austria’s Red Bull Ring) and the Honda power unit does seem to be particularly competitive in the thin air.

But Verstappen’s recent form is not just about altitude; he split the Mercedes drivers for much of the US Grand Prix despite driving a car that was damaged on the first lap and aerodynamically compromised.

It seems pretty clear that Red Bull’s form has returned to its pre-summer-break level.

Verstappen won two of the last four races before the shutdown – and he might have made it three from four were it not for a late-race strategy gamble for Lewis Hamilton’s Mercedes in Hungary, where Verstappen had led from pole.

The breakthrough in seasonal competitiveness came in Austria after the team had finally got the car’s tricky aerodynamics working at just the time Honda gave the go-ahead to run its engine more aggressively.

In fact, the team’s competitiveness has been in four distinct phases: off the pace for the first eight races before the Austria breakthrough, a step-change up to winning form in the last four races before the break, a disappointing relapse in the first five post-summer races, and a renaissance from Mexico onwards.

Looking at their qualifying average of pole position time for each of those phases, it looks like this:

A one-per-cent improvement may not sound much, but it is the difference between setting pole and starting from the third row more than half-a-second off the pace. We get the final chance for a reading on the team’s form this coming weekend in Abu Dhabi.

If they can continue the trajectory of the last three races, there would seem to be realistic hope that this could be the foundation upon which a 2020 title challenge might be built.

Anything less than that may not be enough for Verstappen to stay – and could be the final push Honda needs to commit beyond the end of 2020.

The stakes are high. Enormous Craters Blasted in Seafloor by Nuclear Bombs Mapped for the...