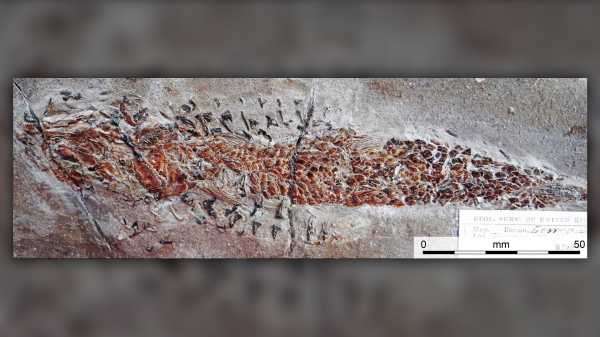 A magnified image showing the damaged head and body of the fish, with the arms of the squid-like creature clamped around it.

An ancient squid-like creature with 10 arms covered in hooks had just crushed the skull of its prey in a vicious attack when disaster struck, killing both predator and prey, according to a Jurassic period fossil of the duo found on the southern coast of England.

This 200 million-year-old fossil was originally discovered in the 19th century, but a new analysis reveals that it’s the oldest known example of a coleoid, or a class of cephalopods that includes octopuses, squid and cuttlefish, attacking prey.

That attack was vicious, said study lead researcher, Malcolm Hart, emeritus professor of micropaleontology at the University of Plymouth in England.

“The head [of the fish] has been bitten through; the bones have got sharp edges where they’ve literally been crushed and broken,” Hart told Live Science. “So this thing probably attacked the fish quite violently — the bones in the head of the fish are just literally smashed.” 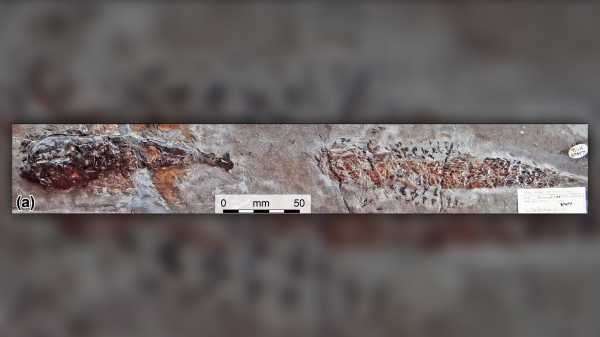 The squid’s ink sack (on the left) and the trapped fish (on the right).

Hart examined what he called the “most unusual, if not extraordinary fossil” in 2019, while it was on exhibit at Lyme Regis Museum in England, on loan from the British Geological Survey.

The photos he took magnify the details of the predator, an extinct squid relative known as a belemnoid. These ancient creatures would have used the hardened hooks covering their 10 arms to catch prey. In contrast, modern squid have eight “regular” arms and two elongated arms, which are usually covered with suckers, although a few species do have hooks on some or all of their arms, said Michael Vecchione, an invertebrate zoologist at the Smithsonian’s National Museum of Natural History in Washington, D.C., who was not involved with the study.

“In some squids, those suckers develop into hooks,” Vecchione told Live Science. “But they’re not like the hooks that are in the belemnoids. They probably function very similarly — they’re used to grab hold of soft things that you can’t grab hold of with a sucker.” However, hooks are developmentally different in squids and belemnoids, but possibly arose to be similar through convergent evolution, a process in which animals that are not closely related develop similar characteristics. 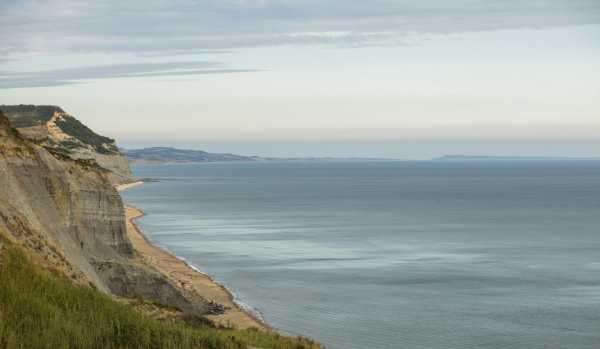 The coastline near the U.K. village of Charmouth, in Dorset, has yielded many important fossils from the Jurassic period.

In the new analysis, the researchers identified the belemnoid as Clarkeiteuthis montefiorei. The 16-inch-long (40 centimeters) squid relative was chowing down on an 8-inch-long (20 cm) herring-like fish that had been identified as Dorsetichthys bechei. The fossil dates to the Sinemurian, an age within the Jurassic period that spanned from 190 million to 199 million years ago. The next oldest known fossil of a coleoid devouring dinner is from Bavaria, Germany, and it’s about 10 million years younger than this one, Hart said.

Given that the squid had its arms wrapped around the fish, and that the fish’s head had sustained injuries (likely from the hungry squid), it doesn’t appear that these animals died separately and happened to be fossilized together, Hart said.

Rather, Hart and his colleagues hypothesized two scenarios that could have led to this unique 24-inch-long (60 cm) fossil.

It’s possible that the fish was too big for the squid relative, or that it became stuck in the predator’s jaws. This could have killed the squid, which would have sunk to the seafloor with its last meal and undergone fossilization.

However, even Hart admits that this plot has a few holes. For instance, it’s strange that a scavenger didn’t eat these dead animals, Hart said. The Dorset and East Devon Coast, a UNESCO World Heritage site, is home to other Jurassic fossils such as “huge ichthyosaurs and pliosaurs, and they would have eaten anything,” Hart said. “The question is why the two of them [the belemnoid and fish] got preserved without getting eaten — that we don’t understand.”

Vecchione added that modern squid eat prey one bite at a time, so it doesn’t make sense that the fish would have been too large for the squid.

“The belemnoids did have beaks and probably bit pieces off just like a modern squid would. So, the prey being too large for it just doesn’t make sense,” Vecchione said. “A modern squid can grab a fish as big as it is and then kill it and slowly eat it. So I would think that a belemnoid probably could as well.”

Still, Hart noted that he’s studied the Charmouth Mudstone formations, where this fossil was found, and noticed that it’s abundant in “microfossils that would have required oxygen,” he said.

So, it remains a mystery how this squid-like creature and its prey ended up fossilized.

The study has been accepted for publication in the journal Proceedings of the Geologists’ Association and was presented May 6 as part of Sharing Geoscience Online, a virtual alternative to the European Geosciences Union’s annual meeting. 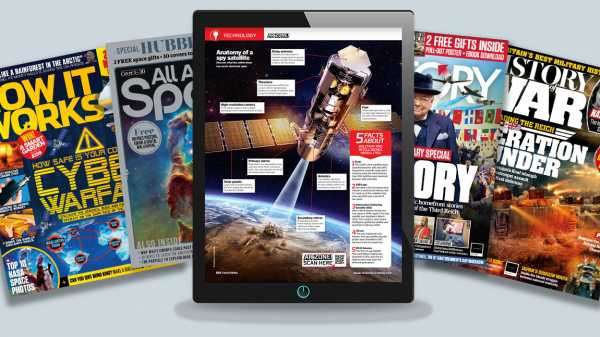