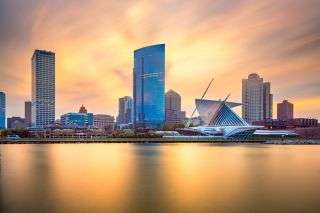 —How long does virus last on surfaces?

Wisconsin has had 8,901 confirmed cases of the SARS-CoV-2 coronavirus and 362 confirmed deaths from COVID-19, the illness it causes. In all, the state has recorded 87,826 tests, according to the Wisconsin Department of Health Services. A full 1,694 (19%) of the state’s known coronavirus patients have been hospitalized, and at least 15% of known cases are health care workers. That makes it the 25th on the list US states and territories in order of most confirmed coronavirus cases. However, testing is not being done at equal rates in all states and actual infection numbers are likely higher everywhere than the limited available testing can count.

The state is has reported about 300 cases per day in recent weeks, a number that has consistently trended upward since the first reported cases in March.

An effort to rapidly expand contact tracing in the state is underway, but is not yet at the necessary scale according to state officials.

The state asked residents with questions or immediate needs related to the illness to text COVID19 to 211-211, visit 211Wisconsin.org, or call 211. It noted that texting is likely the fastest option.

On April 20, Gov. Tony Evers released a “three phase” plan to return Wisconsin to normal once certain conditions were met in controlling the virus, the Milwaukee Journal Sentinel reported. These are the conditions to begin the plan, none of which have yet been met according to the state:

—”Downward trajectory of positive tests as a percent of total tests within a 14-day period.”

—A not-yet-announced set of criteria regarding hospital statuses.

Republicans criticized Evers’ decision to condition the re-opening on the situation in the state and not a predetermined timeline, and on April 21 took Evers to court in an effort to force an end to the shutdown.

The state has created a website where active and retired healthcare professionals can sign up to work on a volunteer basis during the crisis. The state also asked those without healthcare backgrounds to sign up to perform support roles.

Wisconsin is not reporting which nursing homes are believed to be hotspots for the virus, a break from other similar states, according to the Milwaukee Journal Sentinel. The paper also reported on the state’s recently-passed relief bill.

On April 16, Evers extended the state’s “Safer at Home” order until May 26, citing the need to ramp up testing and other public health measures before ending the order.

On April 9,  Evers ordered 40 state parks, forests, and recreational areas closed due to what he called “unprecedented crowds, litter, vandalism” and public health risks during the outbreak. He also announced that the Army Corps of Engineers would begin constructing an “alternative care facility” in Wisconsin State Fair Park to supposed existing medical services in the state.

The state opened two “voluntary self-isolation facilities” on April 1 at Lowell Center in Madison and a Super 8 hotel in Milwaukee. The sites are intended to be places for COVID-19 patients with relatively minor symptoms to stay and avoid spreading the illness to others. It’s also encouraging local communities to set up their own similar facilities.

The state is now soliciting donations of critical personal protective equipment for healthcare workers. Here is a list of the items the state is seeking:

Cases by county, and rate of positive tests:

Scientists discover ‘vampire’ star in the midst of a feeding frenzy