Home Animals 3 Cows Swept Out to Sea by Hurricane Dorian Were Found Peacefully... 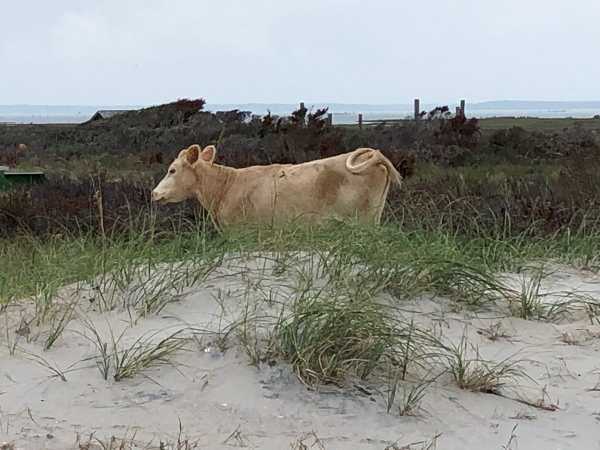 This wild cow was the first found roaming North Carolina’s outer banks, having likely swam miles to get there.

Three cows that were swept out to sea after Hurricane Dorian hit their home on Cedar Island in North Carolina were found months later … totally chilling out on another island.

It seems the cows swam for miles to reach the North Carolina’s Outer Banks, a 56-mile (90 kilometers) stretch of barrier islands that’s reachable only by boat or … breaststroke. Dorian hit Cedar Island in September as a Category 1 storm, generating a “mini tsunami,” which was likely the result of storm surge that flooded the area and swept wildlife out to sea, according to the Charlotte Observer. 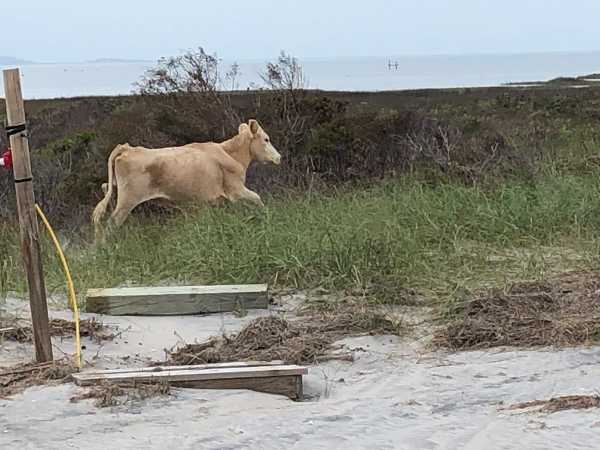 These cows aren’t used to humans and run away when people get too close.

Soon after, the officials found two more cows. The three cows, which now seem to be happily grazing in their new home, are thought to be part of a group of 20 wild cattle that were known on Cedar Island as “sea cows.” These sea cows roamed wild and free on a privately owned patch of land.

To get to the Outer Banks, they likely had to swim about 4 miles (6.4 kilometers) and were pushed along by storm surge, B.G. Horvat, a spokesman for Cape Lookout told McClatchy news group. If they had been pushed any farther out to sea, they probably would have drifted far into the Atlantic and faced a grim fate.

But it’s not uncommon to find a cow swimming to safety during a hurricane, according to the Washington Post. Apparently, cows can swim when they need to. “We are now working on the best plan for them,” the representative for the National Seashore wrote on the Facebook post. The cows will likely have to be sedated and brought back to Cedar Island on a boat, Horvat said.

The cows, on the other hand, are not too pleased to have been discovered by humans. “The wild cattle that lived on Cedar Island were not used to seeing humans or having them approach them,” according to a caption on a photo of one of the cows from the National Park Service. “This one took off running when the photographer tried to get closer.”

Yasemin is a staff writer at Live Science, writing about biology and neuroscience, among other science topics. Yasemin has a biomedical engineering bachelors from the University of Connecticut and a science communication graduate certificate from the University of California, Santa Cruz. When she’s not writing, she’s probably taking photos or sitting upside-down on her couch thinking about thinking and wondering if anyone else is thinking about thinking at the exact same time.