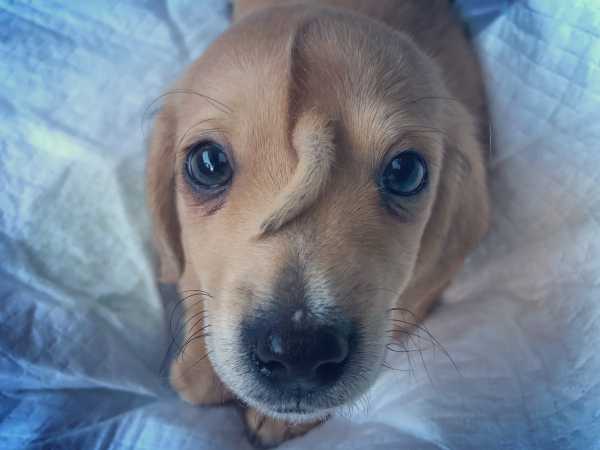 Narwhal the puppy appears to have a tail protruding out of his face. But what makes up this “tail”?

This puppy may not be quite as unique as a unicorn, but he’s close: The pint-sized pup appears to have a tail protruding out of his face.

The 10-week-old puppy was rescued this month by Mac’s Mission, an animal shelter in Cape Girardeau, Missouri, that works with special-needs dogs, according to NBC Today. The appendage on his forehead is about a third of the size of his actual tail, Today reported. The striking feature led shelter staff to dub the pup Narwhal, after a type of Arctic whale with a large tusk that resembles a unicorn horn.

showed the appendage doesn’t have vertebrae, which are typically found in tails.

“It certainly looks just like a tail, but we did X-rays, and it’s all just skin,” Dr. Brian Heuring, a veterinarian at Cape Small Animal Clinic who treated Narwhal, told Today. As such, the appendage doesn’t move or wag. It is essentially a birth defect. 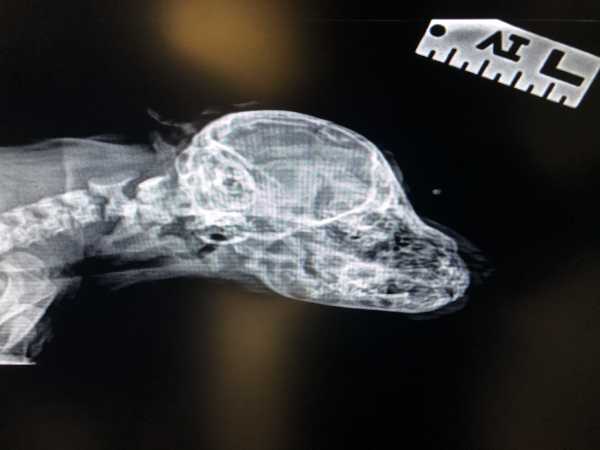 An X-ray of Narwhal’s “tail” revealed that there were no vertebrae. The appendage was just skin.

Still, the feature is certainly unusual. “I’ve been a veterinarian for 16 years, and I’ve never seen anything like this,” Heuring said. He could see no reason to remove the extra “tail,” according to a Facebook post from Mac’s Mission. “The unicorn face tail does not bother Narwhal, and he never slows down just like any normal puppy,” the post said.

Narwhal will need to stay at the shelter a little longer before he is available for adoption, because the staff want to make sure he doesn’t develop any problems with his extra “tail” as he gets bigger.