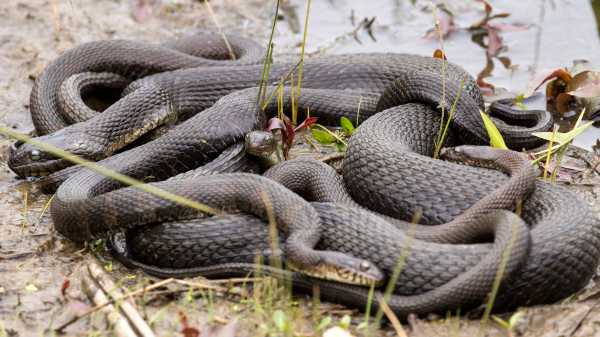 Several water snakes wrap around each other in a “mating ball” in Ohio. A similar ball is being thrown in Florida right now, officials say.

Every spring, the water snakes of Florida (genus Nerodia) slither out of their waterside trees to look for love around the state’s countless freshwater coasts. The snakes are harmless and venom-free, though the sight of their annual mating rites can still be alarming to innocent eyes. Last week, visitors to Lake Hollingsworth (a small lake in central Florida) reported seeing so many coiled piles of reptilian romance on the shore that the local parks and recreation department had to cordon off parts of the lake and post a warning on Facebook.

. “They are nonvenomous and generally not aggressive as long as people do not disturb them. Once the mating is over, they should go their separate ways.”

The post calls out two species of water snake in particular: the banded water snake (Nerodia fasciata fasciata) and the brown water snake (Nerodia taxispilota). Both species live in wetlands around Florida and Alabama and as far north as Virginia, where they dine on fish, frogs and other tiny wetland creatures. According to the University of Florida’s herpetology guide, the snakes spend most of their time basking on the shore or curled up in tree limbs dangling over the water. Add an occasional mating frenzy into the mix, and life looks pretty sweet for these reptiles.

Following a successful mating season, a new crop of water snakes should slither into the world this summer. Both species bear live young; brown water snakes have been known to birth 60 babies at a time, each one measuring between 7 and 11 inches (18 and 28 centimeters) long, or slightly shorter than a stick of dried spaghetti. 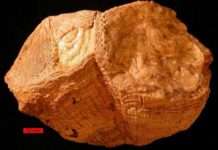 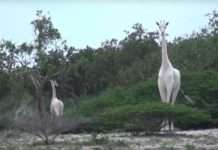 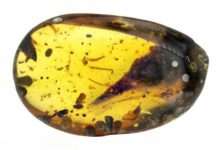