Home Animals ‘Lost’ Anglo-Saxon monastery discovered. It might be where England’s first king was... 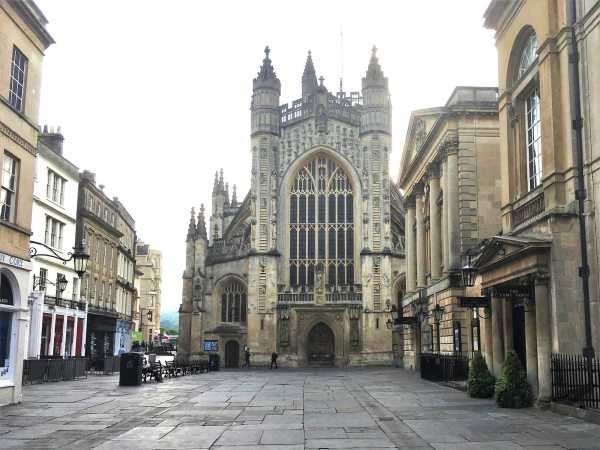 The Abbey at Bath has a spectacular facade.

Newly unearthed remains may come from the monastery where England’s first king, Edgar the Peaceful, was coronated more than 1,000 years ago, according to Wessex Archaeology, an archaeological company and charity in England.

The so-called smoking gun emerged during an excavation at the famous Bath Abbey, ahead of planned renovations there. During the excavation, archaeologists were surprised to find hints of Anglo-Saxon architecture in two structures next to the abbey.

and that is known for its thermal hot springs. The two apsidal (semicircular) structures, or apses, were found below street level, underneath what once made up the cloisters of the 12th-century cathedral built over Romano-British deposits. The cathedral is just south of the abbey church.

After finding the Anglo-Saxon stone structures, archaeologists used a method called radiocarbon dating on charcoal found in some of the plaster of one of these apses. Since scientists know the rate of decay of radioactive carbon, they can use that to infer how long an object has been in the ground.

The charcoal dated to 780-970 and 670-770, Wessex Archaeology found. This time window suggests that the abbey was once part of the Anglo-Saxon monastery where Edgar was coronated, in 973.

“When you find something unusual, you have to think, ‘What is the most mundane explanation for what we’ve found?'” Cai Mason, Wessex Archaeology senior project officer, said in a statement. “Most of the time, that will be the explanation, but sometimes that doesn’t work, which makes you wonder, ‘Have we found something genuinely unusual?'”

He added that “this, together with the late Saxon stonework and burials found at the Abbey, provides increasingly strong evidence that we have, indeed, found part of Bath’s lost Anglo-Saxon monastery,” where Edgar the Peaceful was coronated.

Edgar, who was already crowned king of Mercia (an Anglo-Saxon kingdom in England) and Northumbria, became king of Wessex and the de facto king of all England when his brother Eadwig died in 959. He chose Bath, as it had a famous church and connections to both Wessex and Mercia, for the holy site where he would be coronated, according to Wessex Archaeology. Granted, Edgar’s father and grandfather had also been recognized as kings of England, but Edgar was the first to be crowned in a ceremony that the church said was the will of God. 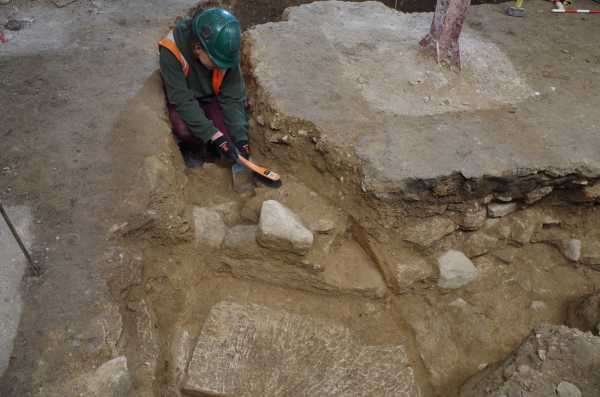 An archaeologist examines one of the late Saxon apses at the site. Image 2 of 5 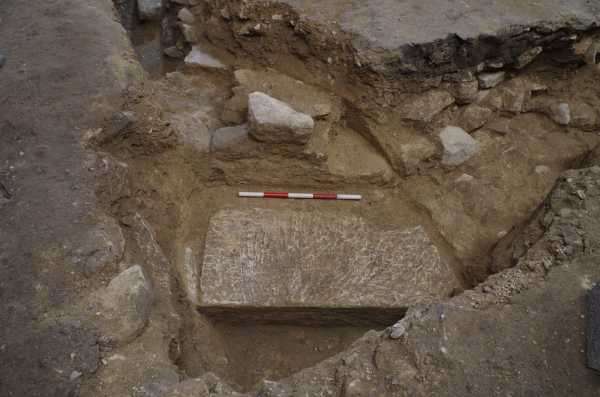 This excavated apse shows that, in the past, a monastery near the abbey had an Anglo-Saxon structure. Image 3 of 5 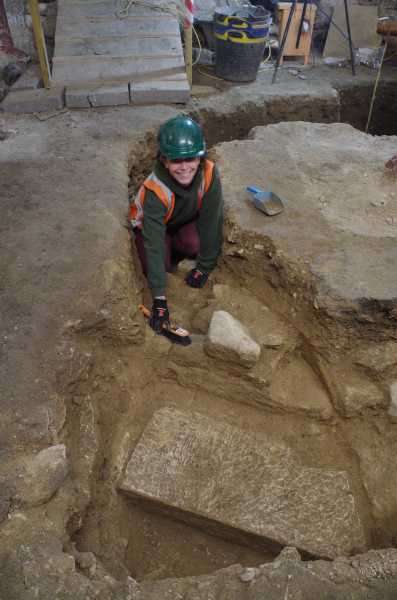 The Anglo-Saxon apse. Image 4 of 5 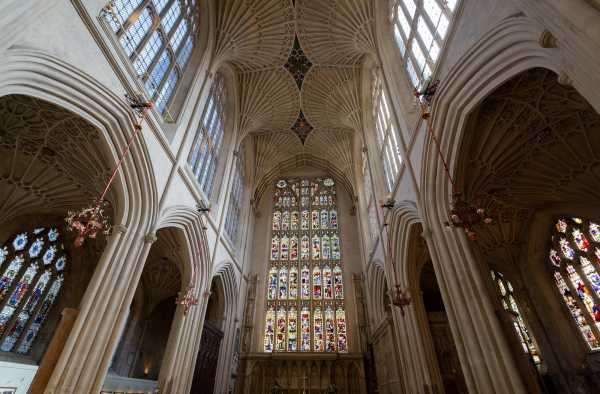 The internal architecture of the Abbey at Bath. Image 5 of 5 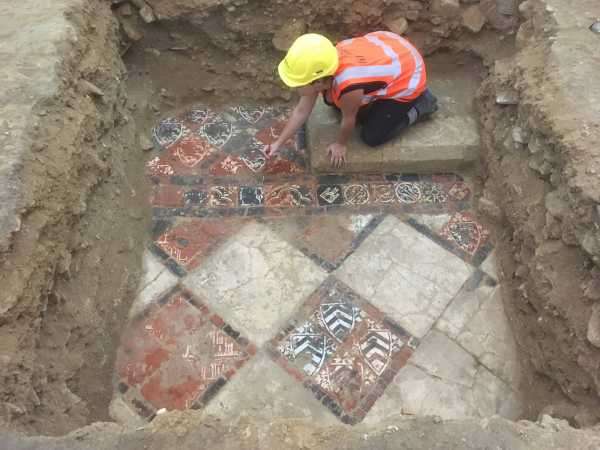 It’s possible, however, that these Anglo-Saxon structures are something else entirely. “Given that the potential date of these structures spans some 200 years, there are several possible contexts for their construction,” Bruce Eaton, Wessex Archaeology project manager, said in the statement.

Bath is known for its rich history. In 577, the pagan West Saxons defeated the British and took over a number of towns, including Bath. Later, in 628, King Penda of Mercia defeated the West Saxons, according to Wessex Archaeology.

“One possibility [for the two aspidal structures] would be the reign of King Offa of Mercia, who acquired the monastery in A.D. 781 and is credited by William of Malmesbury for building the famous Church of St. Peter, probably utilizing the ready supply of worked stone from the nearby collapsing Roman baths complex,” Eaton said. “Extensive building work within this period is further attested to by Offa’s successor, Ecgfrith, having the infrastructure in place to hold court at the monastery in A.D. 796.”

However, “this phase of energetic building activity does fit neatly with our earliest possible date for the plasterwork, but it is certainly not our only candidate,” Eaton said.

The archaeologists noted that it’s long been known that a monastery sat at this site, but “no trace of the building remains above ground today, so it’s amazing that we now have an actual record of it and can get a real sense of it as it was,” the Rev. Canon Guy Bridgewater at Bath Abbey said in the statement.

These structures were discovered as part of the abbey’s Footprint project, which aims to build new facilities, restore the structure’s collapsing floor and install an eco-friendly heating system that takes advantage of Bath’s thermal springs, Wessex Archaeology reported.

Other findings ahead of the Footprint project include a vibrantly colored, tiled floor from the 14th century, located in what would have been the medieval cathedral’s nave, the central area where the congregation gathered, Wessex Archaeology reported.

Stolen painting reappears after 23 years, in the same gallery where...