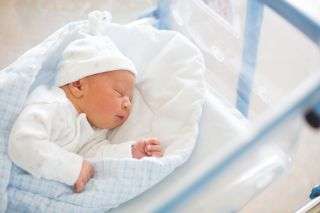 U.S. life expectancy at birth has increased for the first time in four years, according to a new report from the Centers for Disease Control and Prevention (CDC). And a large part of this increase is attributable to a marked decline in drug overdose deaths.

However, the uptick in life expectancy was small — just 0.1 years more than the year before — and it’s too soon to say whether the recent trend of falling life expectancy has really turned around, experts told Live Science.

“After years of declining U.S. life expectancy, this one-year uptick is certainly welcome news,” said Howard Koh of the Harvard T.H. Chan School of Public Health, who was not involved in the report. “However, we need much more detailed evaluation over time to judge whether declining trends are truly being reversed.”

The new CDC report shows that, in 2018, life expectancy at birth was 78.7 years for the total U.S. population, up from 78.6 years in 2017. The data also suggests that fewer Americans are dying from heart disease, cancer, drug overdose and several other leading causes of death.

“Obviously it is good news,” said Steven H. Woolf of Virginia Commonwealth University School of Medicine, who has studied life expectancy trends but was not involved in this report. “However, it doesn’t really change the overall picture, which remains quite bleak,” Woolf told Live Science. “The situation involving the health of Americans has been in decline for some years.”

Woolf’s 2019 study on the subject found that, although U.S. life expectancy increased from 1959 to 2014, its decline after 2014 was, in fact, the denouement of a stubborn plateau that began in the 1980s, when U.S. mortality rates began to lose pace with that of other wealthy countries.

In addition, Woolf noted that the 2018 life expectancy of 78.7 years is still lower than what it was in some previous years.

“Time will tell … we’ll have to see what happens the following year” with data from 2019, Woolf said. He noted that as recently as 2014, there was an increase in life expectancy, but the following year, it fell by twice as much. “These kinds of year-to-year variations occur. The more important takeaway for Americans is the overall picture, and it has been telling us the same story for two decades now.”

“It’s always good to get new data, and a more current snapshot of where we are is very helpful, but I strongly believe that you cannot look at these trends through a pinhole,” he added.

“While the overall decline in drug overdose deaths is notable and must continue, rising mortality from synthetic opioids, as well as from cocaine and methamphetamine, represent the next disturbing wave of the nation’s ongoing substance use challenge,” Koh said.

He added that “only dedicated interdisciplinary public health efforts over many more years can fully restore long-term potential for our collective well-being.”