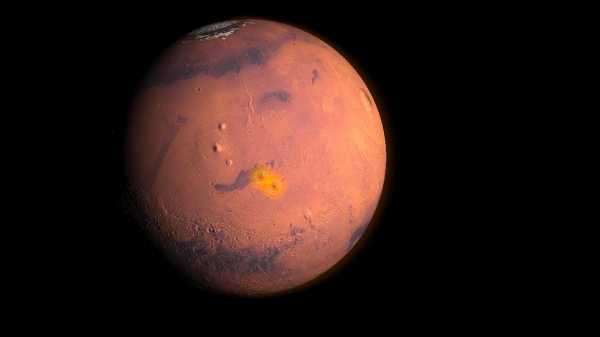 Digging a little deeper -The mole has moved further down. With help from @NASAJPL and @DLR_en, my latest efforts to help the heat probe seem to be working. More digging to come. pic.twitter.com/JumZaqAecYDecember 16, 2019

The troubled “mole” on NASA’s InSight Mars lander is moving again, even as scientists working on the robot’s seismometer ponder new marsquake mysteries.

InSight touched down in November 2018 on a quest to understand the interior of the Red Planet. Two of its crucial tools for that task were a burrowing heat probe nicknamed the mole and a super-sensitive seismometer to study motion within the planet.

, as if it had simply had enough of the whole situation.

Most recently, the InSight team tried maneuvering the lander’s arm to gently press sideways on the mole. On Nov. 21, NASA announced that the technique had successfully let the probe dig itself down about 1.25 inches (32 millimeters). And on Dec. 16, the agency said that the mole was continuing to burrow properly.

The update did not include details on how far the probe has moved, but a gif accompanying the tweet suggests that the probe, which measures 15.7 inches (400 mm) in length, dug about 2.5 inches (65 mm) between and Dec. 7 and Dec. 14. “More digging to come,” the update concluded.

Meanwhile, the team working on InSight’s seismometer is also keeping busy. On Dec. 16, the group posted that “significant” marsquakes detected on May 22 and July 25 originated in a tectonic structure called Cerberus Fossae, making the area “the first active seismic zone ever discovered on Mars,” according to a statement posted to the instrument’s Twitter feed.

However, the scientists working with the instruments are waiting to share more information about the discovery until research papers on the topic are published.

An image of Mars showing the epicenters of two marsquakes detected by the Mars InSight lander, which is about 1,000 miles (1,600 kilometers) west of the quakes.

The same instrument team announced today (Dec. 18) in a similarly brief update that the seismometer seems to have detected a new phenomenon as well.

“The @NASAInSight seismometer has discovered a strange, continuous signal at 2.4 Hz, apparently not related to the lander or weather activity, but excited by a lot of #MarsQuake,” the statement read. “This puzzling resonance acts as a natural seismic amplifier!” What that means for the planet remains unclear.

“Mars is full of mysteries,” the team wrote.