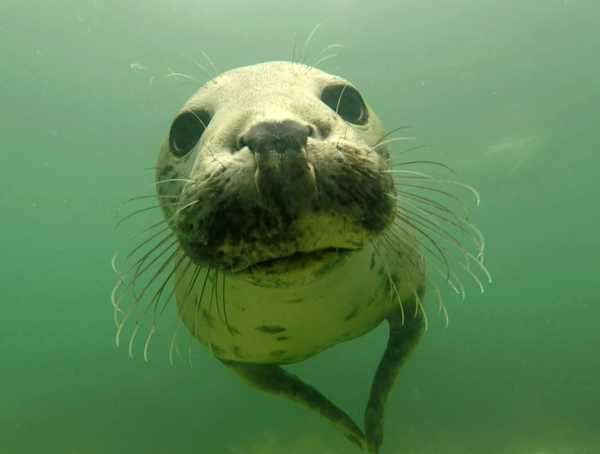 Whales serenade each other across thousands of miles, while dolphins call out other’s “names” using signature whistles. Now, scientists have spotted gray seals using yet another form of underwater communication: surprisingly loud clapping.

Researchers caught footage of a male gray seal swimming near the Farne Islands in northeast England and slapping its flippers together to produce a “sharp, snap-like sound.” The discovery, published Jan. 31 in the journal Marine Mammal Science, marks the first time a seal has been recorded exhibiting the behavior in the wild, unprompted by training or treats from zookeepers.

. “How could a seal make such a loud clap underwater with no air to compress between its flippers?”

In the video, a wild seal forcefully smacks its flippers together in front of its chest to produce a sharp sound that lasts less than one-tenth of a second. The high-frequency noise differs from the more guttural sounds usually heard from seals and cuts through the low-frequency hum of the surrounding ocean. Over 20 years of research, Burville has observed seals displaying similar clapping behavior on five different occasions, but has never captured the snappy sounds on film, the authors said.

Based on these anecdotal accounts and the new video footage, the authors concluded that only male seals appear to perform the piercing claps and tend to “aim” the sound at other seals nearby. The clapping seal was swimming near both a female and a male seal at the time. The second male seal occasionally replied with its own applause, but from just beyond the video frame. Given this social context, the authors “tentatively” concluded that gray seals use clapping to either woo potential mates or shoo away competitors, depending on the context.

“Think of a chest-beating male gorilla, for example,” lead author David Hocking, a zoologist and research fellow at Australia’s Monash University’s School of Biological Sciences, said in the statement.” Like seal claps, those chest beats carry two messages: I am strong, stay away; and I am strong, my genes are good.”

Other marine animals, such as harbor seals and humpback whales, slap their flippers together above water or smack the water’s surface to advertise themselves to mates and intimidate nearby competitors, the authors noted. These sounds can be heard both above and below the water, though, unlike the gray seals’ underwater flipper slaps. Scientists don’t yet know whether any creature besides the gray seal could be caught clapping beneath the waves. 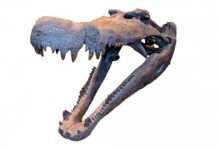 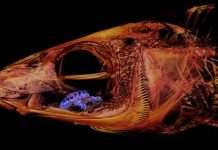 Meet the ‘vampire’ parasite that masquerades as a living tongue 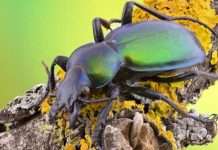