Home Animals This may be the biggest turtle that ever lived 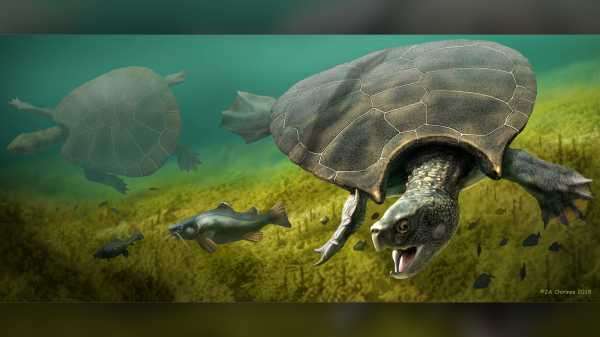 An illustration of a giant male (front) and female (left) Stupendemys geographicus out swimming for a snack.

This shell belonged to an extinct beast called Stupendemys geographicus, which lived in northern South America during the Miocene epoch, which lasted from 12 million to 5 million years ago.

The species likely achieved its colossal size thanks to the warm wetlands and lakes in its habitat, Sánchez noted. 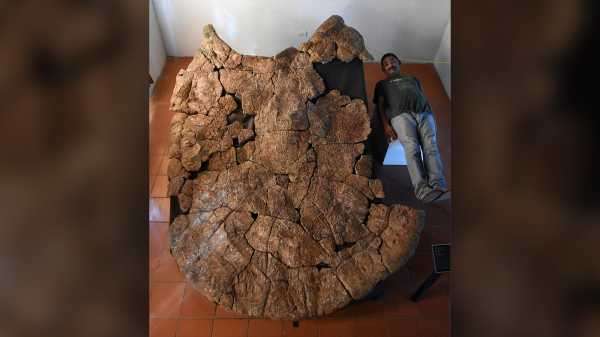 Study lead researcher Edwin Cadena, an associate professor of paleontology at Universidad del Rosario in Colombia, examines one of the Stupendemys geographicus male turtle shells during a dig in 2016. Image 2 of 6 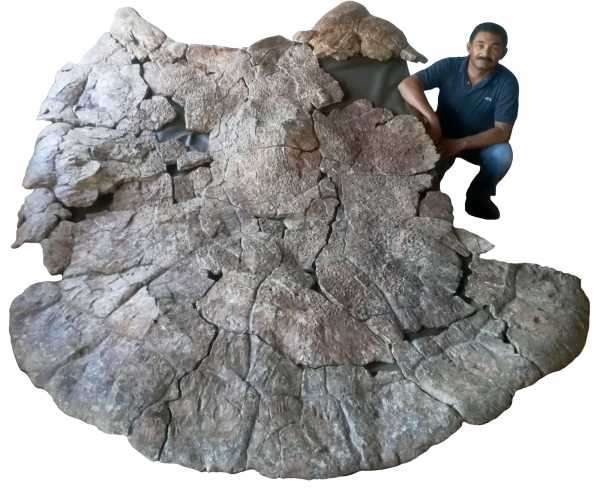 Rodolfo Sánchez showcases the turtle shell of the huge Stupendemys geographicus, which lived about 8 million years ago in northern South America. Image 3 of 6 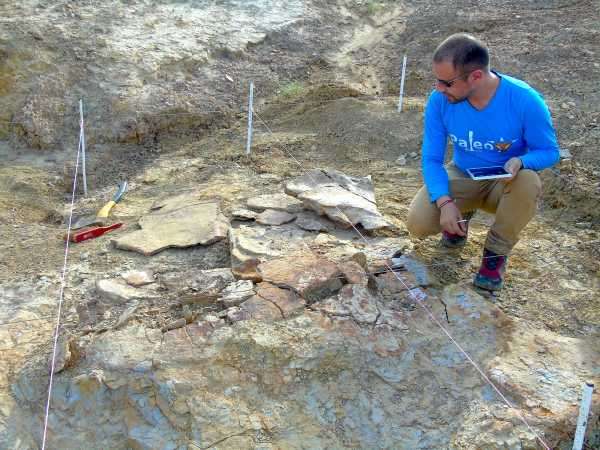 Study co-researcher Rodolfo Sánchez, a paleontologist at the Urumaco Paleontological Museum in Venezuela, collects data near where the fossils were discovered. Image 4 of 6 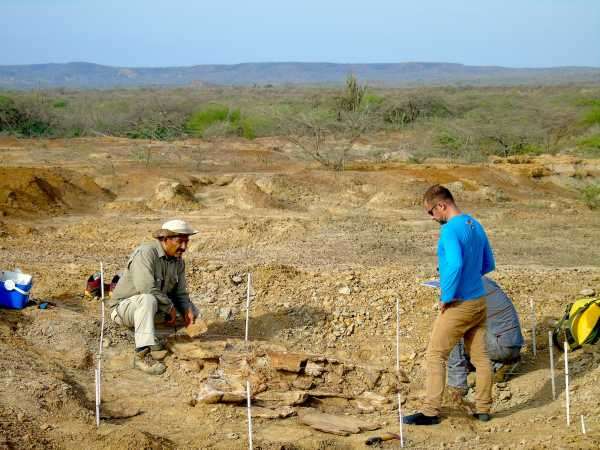 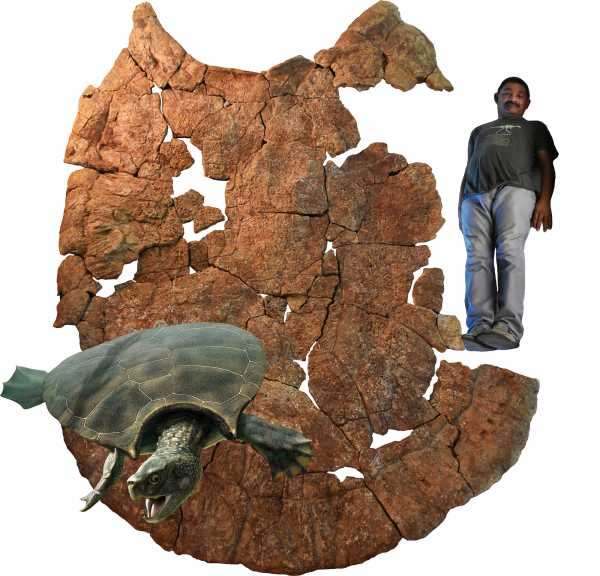 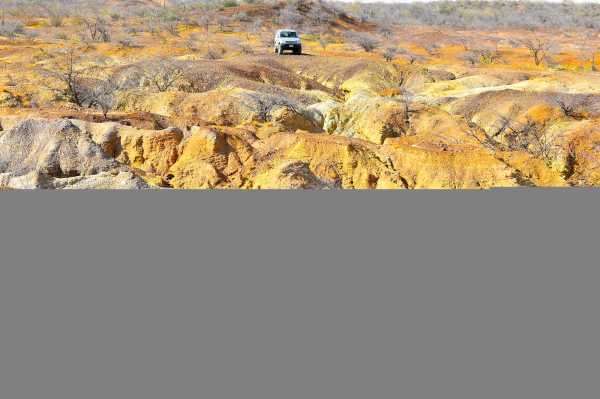 Study lead researcher Edwin Cadena, an associate professor of paleontology at Universidad del Rosario in Colombia, examines one of the Stupendemys geographicus male turtle shells during a dig in 2016.

Scientists have known about the colossal S. geographicus since 1976, but the new investigation uncovered even more fossils and secrets about this poorly understood turtle. For instance, large caimans (a type of crocodile) chomped down on S. geographicus shells, and S. geographicus males had horned shells.

Included in the study were shells and the first known lower jaws of these turtles, which came from a 1994 dig in Venezuela’s Urumaco region, as well as new finds from the La Tatacoa Desert in Colombia. After examining these fossils, the researchers realized that the male turtles had unique, horn-like weapons at the front of their carapaces, or upper shells.

An «elongated and deep scar in the left horn» of one of the S. geographicus shells could be a mark from combat between males, the researchers added.

A lone caiman tooth protruded from another shell, suggesting that, though these turtles were large, lurking predators still hunted them, the researchers said.

The study was published online Wednesday (Feb. 12) in the journal Science Advances.

The Universe May Be Flooded with a Cobweb Network of Invisible...