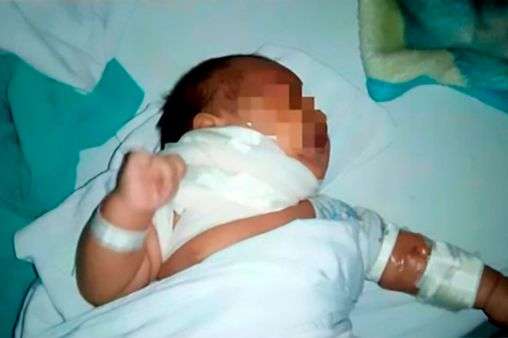 One-month-old Jair has sustained injuries to his chest and neck after he was hit while his mum Xiomara Melendez fed him on the porch of the family’s home in Real de San Jose, Mexico

A one-month-old baby suffered third-degree burns when ruthless thugs let off a firework that hit him as he was being breastfed.

Defenceless Jair was being fed by his 20-year-old mum Xiomara Melendez on the porch of the family's home in Real de San Jose, Mexico, when the firecracker caused injuries to his chest and neck.

Xiomara and her husband Miguel Angel, with the help of neighbours, rushed their tiny baby to a hospital in Monterrey where he is being treated.

Jair is believed to have suffered first, second and third-degree burns.

Doctors are unsure if he will need surgery as they are focusing on treating his injuries and giving him medication to prevent further complications. 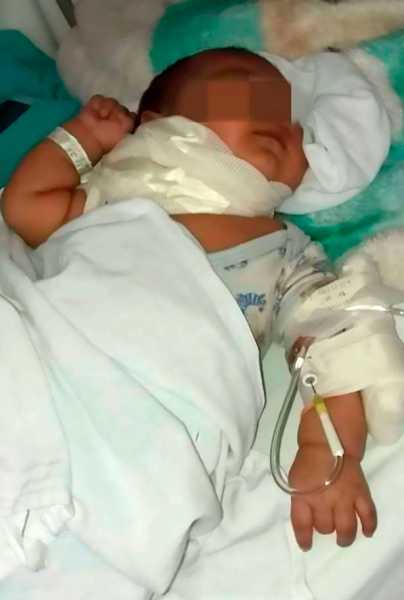 The tiny tot is being cared for in hospital
(Image: CEN)

The family have no idea where the firecracker came from or who launched it.

Activists have called for an end of the use of firecrackers and fireworks around Christmas and reports.

In some parts of Mexico have banned the sale of firecrackers although they are still being sold on the black market.

It is unclear if police have launched an investigation and no arrests have been reported.