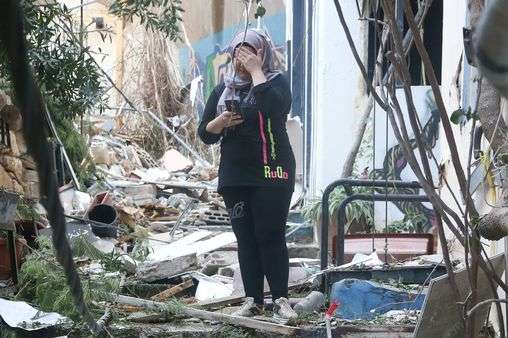 British ex-pat Andy Kemp, 58, who runs an environmental firm in Beirut, was sat at his desk when the blast threw him across his office, leaving him «soaked» in blood

Half of the city was decimated by the deadly blast (Image: IBRAHIM DIRANI/DAR AL MUSSAWIR/EPA-EFE/REX/Shutterstock)

A British ex-pat said his eyes filled with blood leaving him fearing he'd been blinded as the devastating Beirut chemical blast erupted.

Andy Kemp was half a mile from the docklands where the explosion — one fifth the power of a nuclear bomb — erupted before decimating half of the Lebanese city.

The 58-year-old was sitting at his second-floor office desk when the shockwave struck, sending glass into his face and neck as he was flung across the room — with blood running into his eyes.

A shard of glass had narrowly missed his jugular vein.

He said he thought it was a terror attack and with his office — where he runs an environmental firm — completely destroyed he staggered outside to find "hell on Earth". 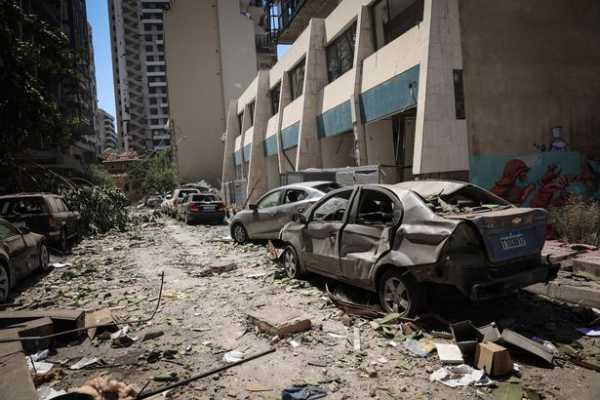 The explosion has left thousands without homes
(Image: NurPhoto/PA Images)

"I’d never experienced such noise and destruction," he told The Sun.

"People killed by the percussion wave from the blast were sitting dead in their smashed cars and there was glass and debris everywhere. There were too many to count." 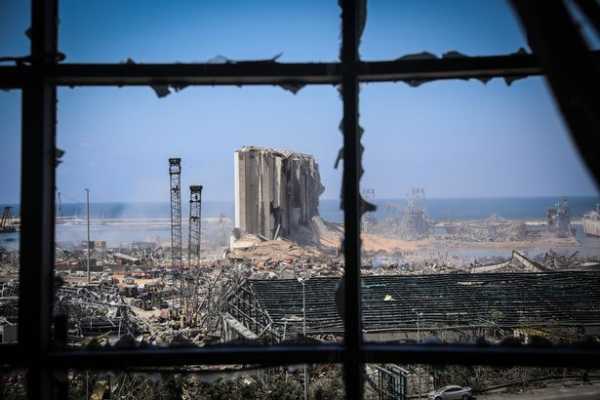 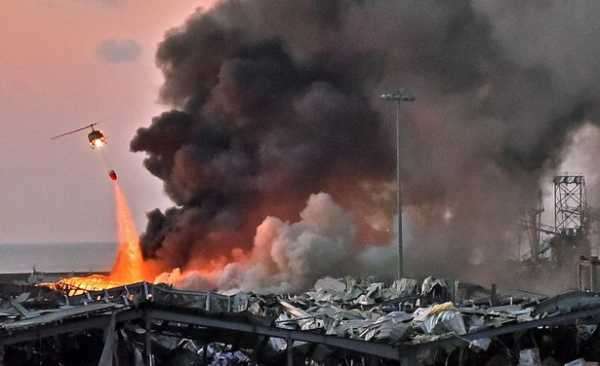 A helicopter drops water on the fire in the city's port area
(Image: AFP via Getty Images)

The hospital next to his office was badly damaged and with Andy losing a lot of blood, he was picked up by an ambulance which took him to another hospital.

"I was one of the lucky ones. People were dead or dying and very seriously wounded and the place was overwhelmed. I’ve lived in Beirut for 20 years and experienced explosions before but this was completely off the scale."

Andy's apartment, near to his office, was also destroyed but luckily his wife Jane, 51, daughter Phoebe, 12, and son Max, 18, were at the beach and unhurt. 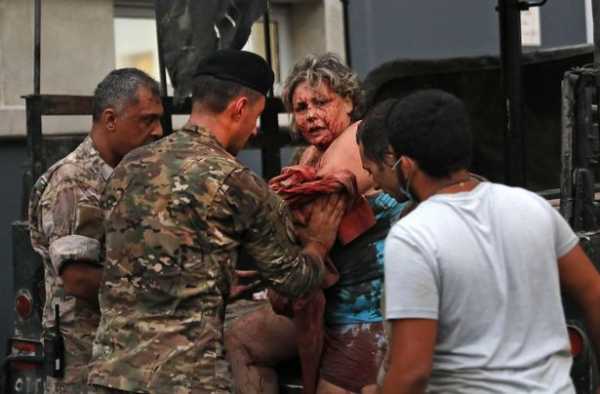 A wounded woman is treated soon after the explosion
(Image: AFP via Getty Images) 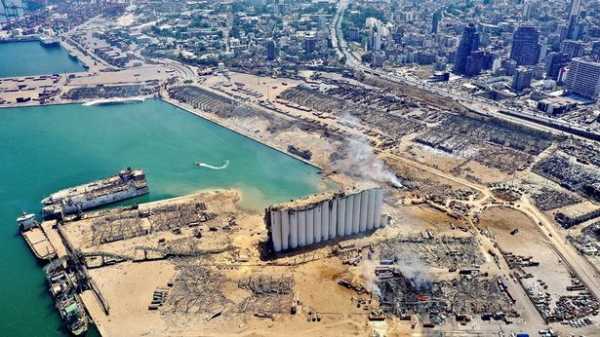 Oldest son Jack, 19, was at home, however, but only sustained cuts to his shin.

Lebanese rescue teams continue to pull out bodies and hunt for missing people from the wreckage caused by the explosion on Tuesday evening that killed 135 and injured more than 5,000. 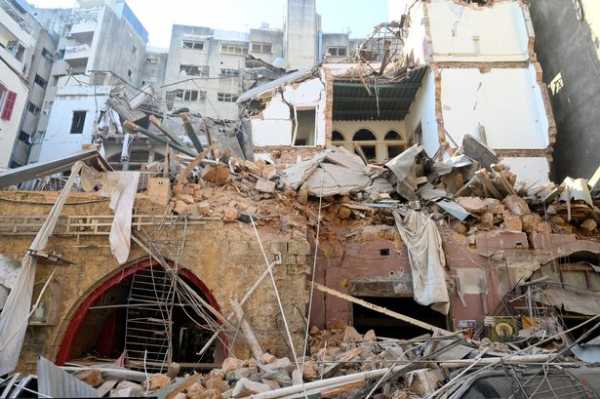 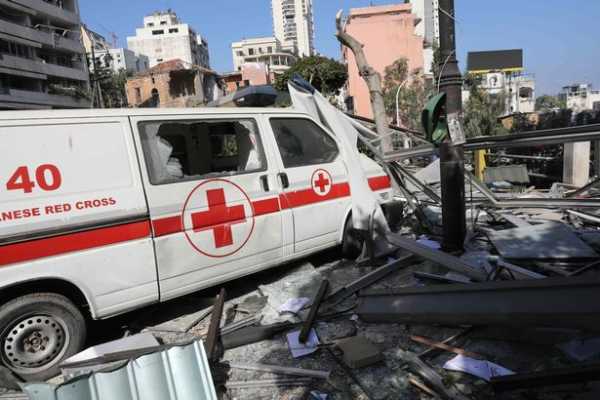 Up to a quarter of a million people were left without homes fit to live in, officials said, after shockwaves smashed building facades, sucked furniture out into streets and shattered windows miles inland.

President Michel Aoun said in an address to the nation, 2,750 tonnes of ammonium nitrate, used in fertilisers and bombs, was stored for six years at the port after it was seized.

The government was "determined to investigate and expose what happened as soon as possible, to hold the responsible and the negligent accountable", he said.