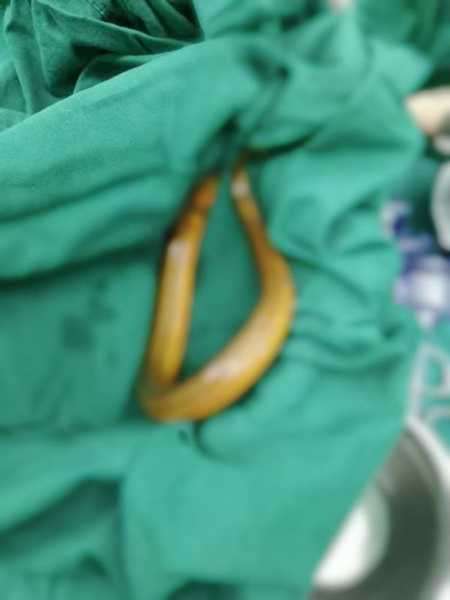 WARNING: GRAPHIC IMAGES The man in his 50s said he’d put the poor creature into his anus to ‘cure constipation’. Horrified doctors said he was close to death and warned anyone else from trying the dangerous ‘folk remedy’

Doctors pulled a 15-inch Asian swamp eel out of a man's colon before he admitted he had inserted it still alive into his body via his anus to "cure his constipation."

The wriggling creature tore a hole in the man's bowels and he presented himself at hospital with severe sepsis, leading to septic shock.

The unnamed patient, in his 50s, told doctors who saved his life that he had inserted the eel into his body in what a doctor called a "folk remedy", but that the cure had not gone as planned.

He finally sought medical attention at Dongguan Huangjiang Hospital in China’s southern province of Guangdong after suffering from abdominal pain for a week.

The man's condition was such that he was unable to communicate coherently, head of general surgery, Li Jian, reported on June 19.

Doctor Li said: “He came in with septic shock. During a CT scan, we suspected a foreign body in his abdominal cavity, but we couldn’t tell what it was.

“Then while performing a colonoscopy, we discovered it was an Asian swamp eel (Monopterus albus). It had entered his abdominal cavity.” 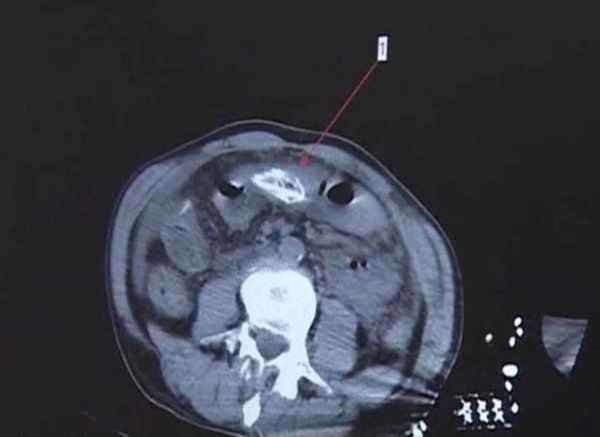 A scan showed the head of the eel inside the patient's intestines
(Image: AsiaWire / Huangjiang Hospital) 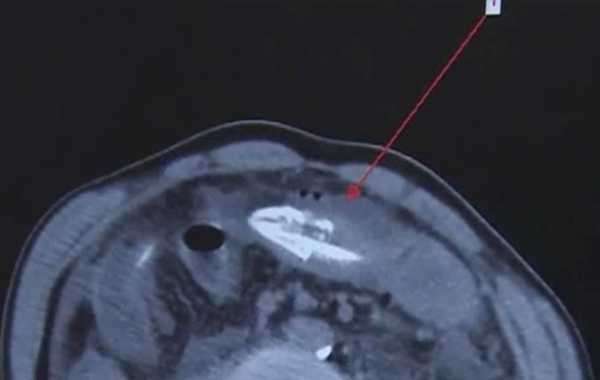 The patient then had an emergency operation to have the eel removed from his gut, with doctors opening up his abdomen and discovering it filled with waste matter including excrement and pus from his severe infection.

A hospital image shows the 40-centimetre (15-inch) freshwater fish having been removed intact during the procedure.

Doctor Li recalled: “It was already dead, but it caused severe bacterial contamination in his abdomen due to a build-up of faeces and pus.” 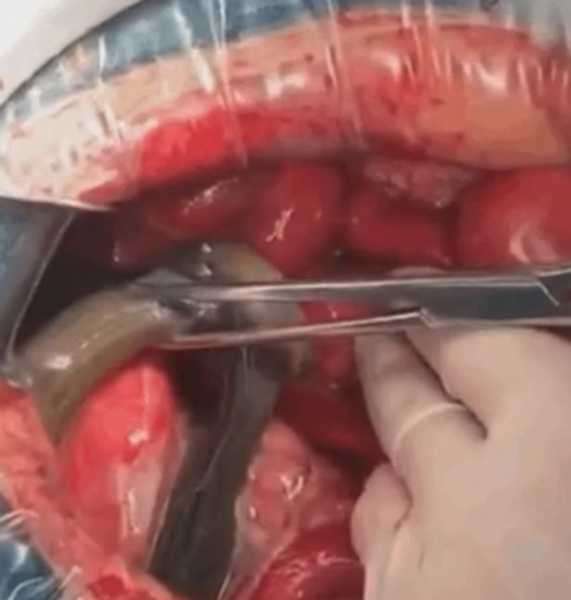 The eel was removed from the abdominal cavity
(Image: AsiaWire) 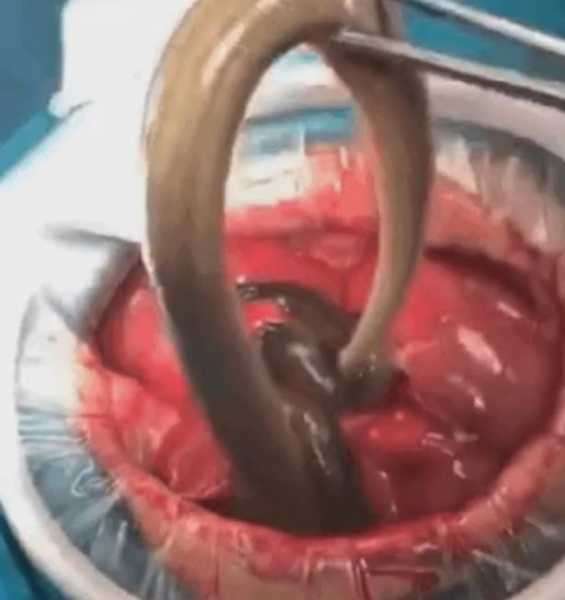 Excrement had leaked into the patient’s body due to a rupture in his sigmoid colon, also known as the pelvic colon, which is the section of the large intestine nearest to the rectum and anus, the medic noted.

Doctor Li added: “It was only after surgery, when we were enquiring after his medical history, that he told us he used the eel to cure his constipation.

“He inserted it up his anus into his rectum. I suspect it was then that the perforation in his sigmoid colon occurred. 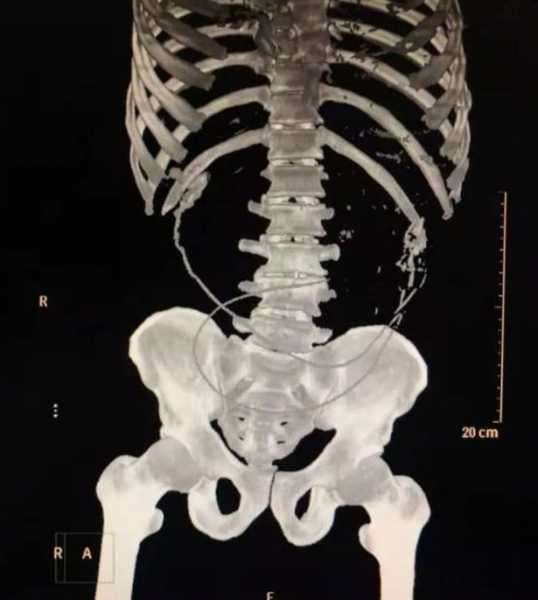 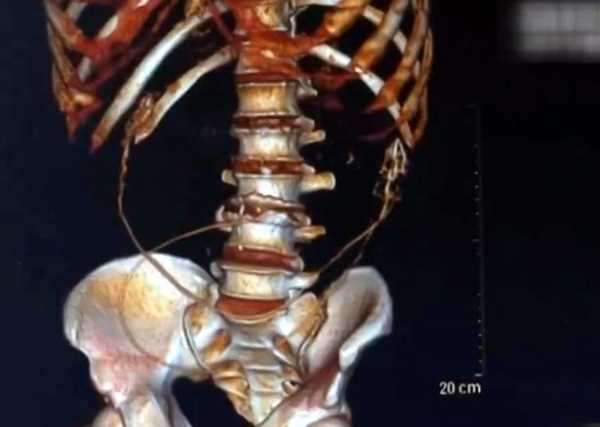 It was grim – and dangerous
(Image: AsiaWire / Jiangsu TCM Hospital)

“Because he had inserted a live eel into himself, the chances of him dying were quite high had he not had surgery in time.”

Doctor Li called the constipation cure a “folk remedy”, and has warned members of the public against it.

The patient, who has since been discharged, had purchased the common freshwater eel from a wet market, the hospital said. 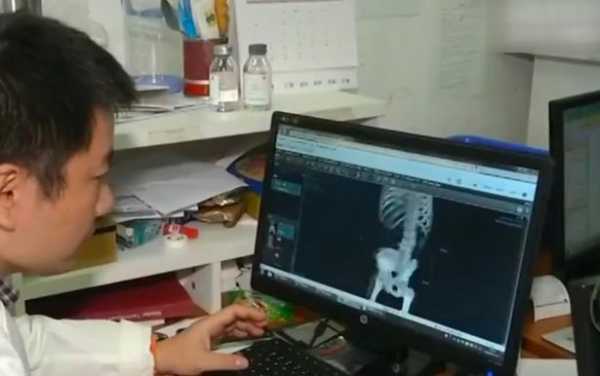 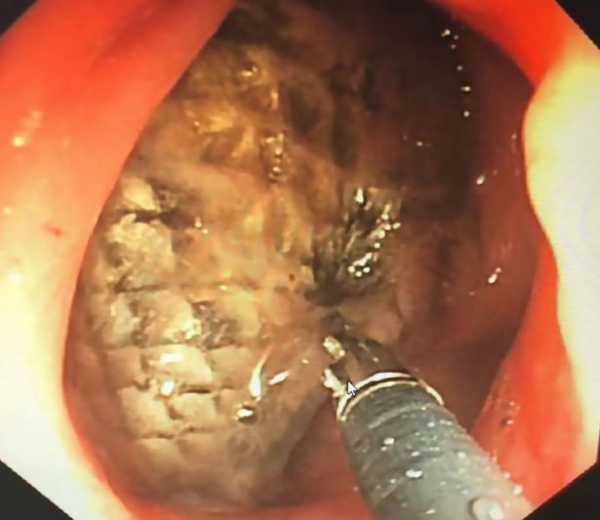 In another case earlier this month, doctors had to surgically remove a dead fish from the rectum of a male patient who reportedly told a nurse he had 'accidentally sat on' the animal.
(Image: AsiaWire / Dr Zeng)

This January, a male patient in Nanjing, capital of Jiangsu Province in East China, had two Asian swamp eels removed from his abdomen after he swallowed them whole, believing they would relieve his constipation symptoms.

But the fish tore through his intestines and also left the patient in the same life-threatening condition.

Earlier this month, Zhaoqing First People’s Hospital in Guangdong admitted a 30-year-old patient who had a fish lodged in his rectum.

According to the public hospital, the patient claimed he accidentally sat on the animal. 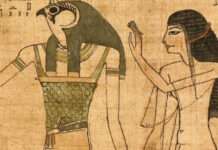 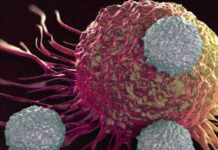 Precious “roots” of continents: the origin of diamonds in the mantle...

Life after death: Woman opens up about seeing Jesus in the...

Is there life after death: Man experienced peace of mind in...

From Jesus’ Time: The Most Interesting Biblical Discoveries of 2019