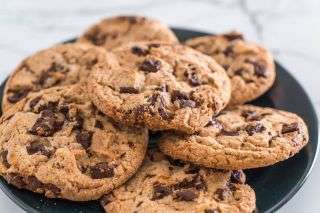 When the woman arrived at the emergency room, doctors thought she was having a stroke. But it turned out she was just really high. The woman was intoxicated with THC, which she had unknowingly ingested right before her symptoms started, according to a new case report.

The 64-year-old woman went to the emergency room after experiencing general weakness, mostly in her right arm and leg, according to the report, published Jan. 22 in The Journal of Emergency Medicine. Her husband also noted that her speech had suddenly changed and did not sound normal. The paramedics who brought her to the hospital had called in a “code stroke” to alert doctors of a potential stroke patient. (The code is used because stroke patients require urgent treatment with clot-busting drugs.)

The woman also said she felt odd and “apart from her body.” During a physical exam, doctors noted she spoke slowly, but was able to form full sentences. She also had some weakness in her lower right leg. Doctors took some blood samples and sent her for a CT scan.

The scan didn’t show any signs of a stroke — there were no signs of bleeding or blockages in the brain. Other tests, including an MRI, chest X-ray and electrocardiogram (EKG), or a test of the heart’s electrical activity, were also normal.

Soon, the woman said she no longer felt weak and could walk normally. Doctors canceled the stroke code and determined that she was not a candidate for emergency stroke treatment with clot-busting drugs.

But why had she reported such an odd feeling when she arrived at the hospital? Doctors asked her a few more questions about what happened. They learned that, shortly before her symptoms started, “she had eaten a cookie that was brought to their senior center social area by one of the other seniors to share,” the report said. “The patient’s husband noted that this person was of questionable character.”

Based on this new piece of information, doctors performed a drug test, which came back positive for tetrahydrocannabinol (THC), the active ingredient in marijuana. In other words, the woman had ingested the drug without knowing it.

THC is well known to cause certain effects on the body, including decreased concentration, altered mental state, eye redness and increased appetite. But this appears to be the first case of “focal neurologic deficits,” such as weakness in the arms and legs, tied to use of THC, the authors said.

It’s possible that the woman’s weakness was a side effect of THC use. However, exactly how THC would cause temporary limb weakness is unclear, the authors wrote. They also noted that they cannot rule out the possibility that the woman had a ministroke, or transient ischemic attack — a stroke that typically lasts only a few minutes and doesn’t cause any lasting effects. Still, if the latter were the cause, “the timing of her intoxication with a possible transient ischemic attack would be an intriguing co-occurrence,” the authors wrote.

By publishing this case, the authors hope that “this knowledge will encourage physicians to consider THC intoxication as a cause of new onset extremity weakness,” they concluded.

Other than a positive drug test, the woman’s medical evaluation was “unremarkable,” and she soon was released from the hospital, the report said.

Find your vaping tribe: The cloud chasers, the coil builders and...