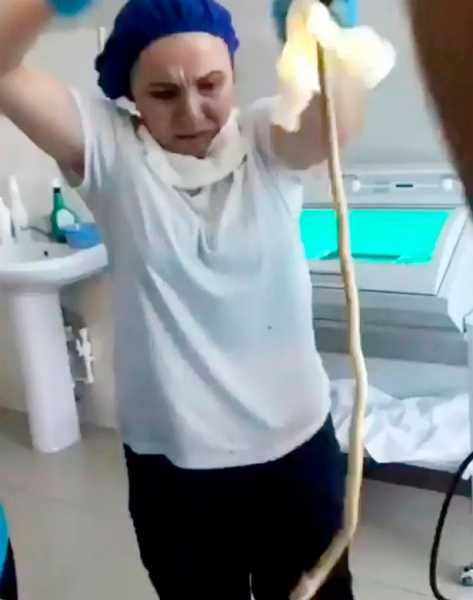 WARNING – GRAPHIC CONTENT: The harrowing video shows stunned medics frantically remove the creature after it crawled in when the woman fell asleep in her garden

The is the petrifying moment a huge snake was pulled from a woman's throat after it crawled inside her while she was sleeping.

The young Russian decided to go to hospital after suddenly feeling unwell.

She had fallen asleep in the garden of her home in Dagestan, Russia, and woke up to terrible pains in her stomach.

Little did she know at the time that the 4ft reptile had slithered inside her through her mouth.

Medics had no idea what had happened and she was put under general anaesthetic as doctors got down to work.

Oblivious nurses could not believe what they pulled out of her mouth
(Image: Instagram)

They only discovered what was wrong when they found the snake moving around – and eventually managed to prise it from her.

The footage of the horrifying operation shows the gloved hands of a male doctor removing the snake after inserting a tube down her throat.

He is heard off camera saying: “Let’s see what this is”.

A female medic grabs the snake as it is pulled from the woman’s mouth.

She jumps back startled and medical staff screams they realise the long length of the snake inside the patient. 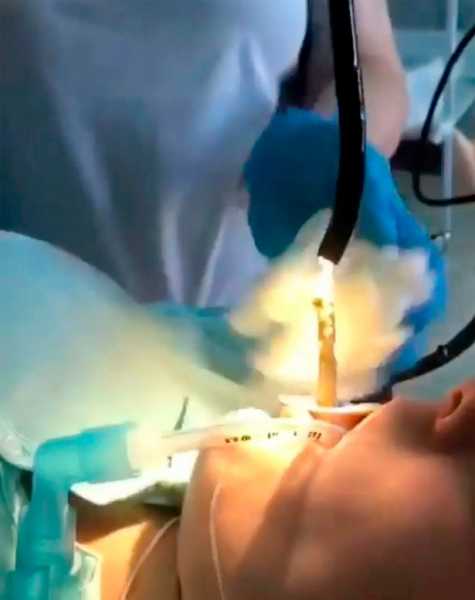 They began to pull – and were stunned at what they discovered
(Image: Instagram)

The creature is then dropped into a medical bucket.

It is unclear if the snake is still alive or how long it was inside the woman.

The Ministry of Health in Dagestan, a mountainous republic bordering the Caspian Sea, have not commented.

Locals say such incidents happen infrequently and older citizens advise the young not to sleep outside because of the risk of snakes slithering inside their mouths. 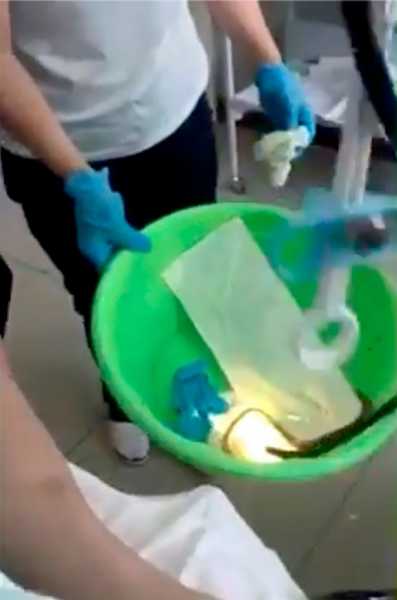 The snake is eventually removed – and the woman won't nod off outside again!
(Image: Instagram)

The woman patient was not identified, nor was the type of snake specified.

Other victims have complained of “something alive” inside them after snakes slithered into their mouths.