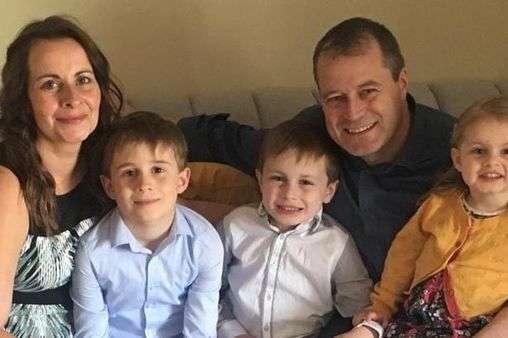 Deirdre Morley was on long term sick leave due to stress when her three children were found unresponsive and unconscious at their home in Newcastle, County Dublin

Andrew and Deirdre with their three children

The mum of three children found dead at their home had been signed off work due to stress.

Conor, 9, Darragh, 7 and Carla McGinley, 3, were discovered unconscious and unresponsive on Friday at their homes in Newcastle, County Dublin.

A short while earlier a taxi driver had spotted their mother Deirdre Morley in a disorientated state on the street.

He took her home and called the emergency services, who arrived fifteen minutes later.

Deirdre is currently in Tallaght Hospital where her condition has been upgraded from critical to grave. 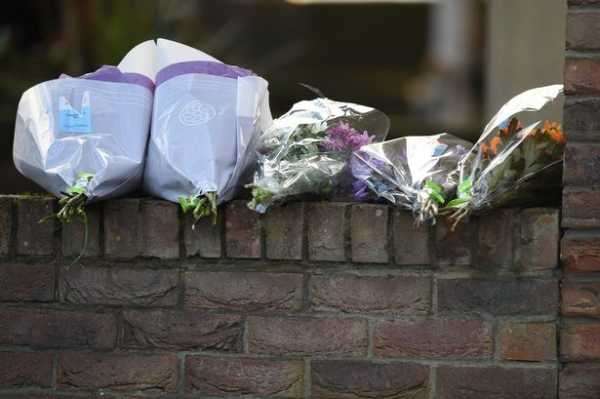 The bodies of the three children were discovered on Friday
(Image: Philip Fitzpatrick)

It is thought that she will survive.

At the time of her children's death she had been on extended sick leave from her job as a nurse at the National Children's Hospital in Crumlin, the BBC reported.

Detectives want to question Deidre, who is in her 40s, when she is conscious.

While Gardai are not releasing post-mortem examination results, they are now treating the deaths as murder. 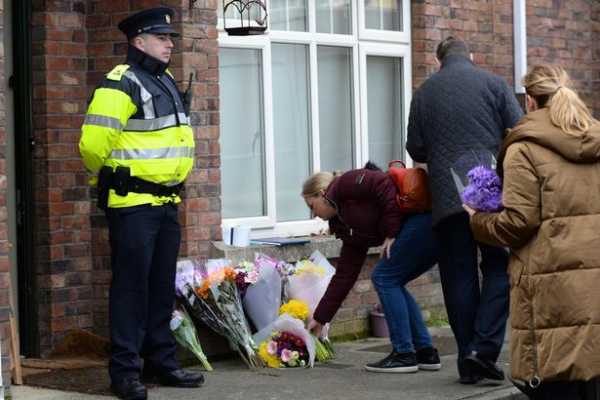 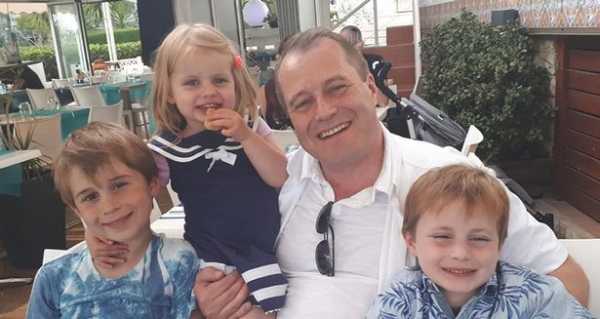 They are not looking for anyone else in connection with the deaths.

The children's father, Andrew McGinley, arrived at the home at around the same time as Deidre.

A note was found at the house warning people not to go upstairs but to call 999 instead. 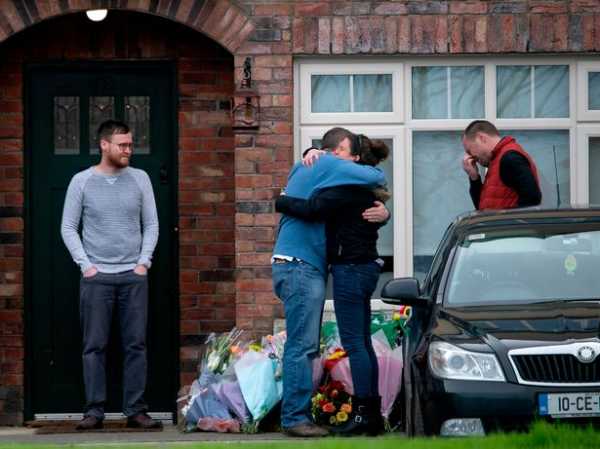 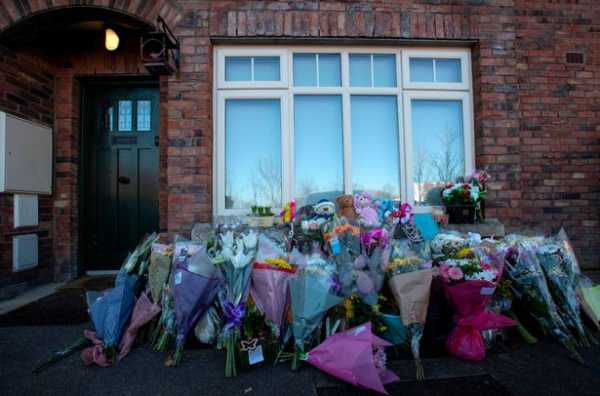 Dozens of tributes were left outside the home
(Image: Colin Keegan)

It is believed the children were either sedated or poisoned and then suffocated.

Over the weekend Father Kevin Doherty, co-parish priest at St Finian’s Church, near the family home, spoke of the grief being experience by the community.

“The darkness is so dark," he said, according to the Irish Times.

"It’s unspeakable. Grief, heartbreak, loss – it affects and touches every body in this community and I saw all the parents here.

"We had a Communion preparation Mass today and the parents coming – you could see the grief in their hearts as well.”