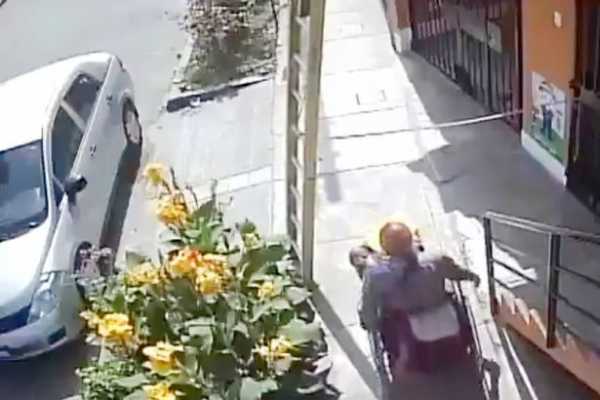 The painter was brought to hospital but did not receive serious injuries following the incident in San Martin de Porres in the city of Lima, Peru, at around 2pm on Boxing Day

A painter miraculously walked away without injury after a disabled man violently shook his ladder causing him to plunge 30 feet to the ground.

Footage shows how the elderly man approached on wheelchair and then began to furiously shake the ladder, sending the painter crashing below.

The shocking incident happened in San Martin de Porres in the city of Lima, Peru, at around 2pm on Boxing Day.

It is believed that the man in the wheelchair became enraged after encountering the ladder which was blocking his way on the footpath.

The ladder was attached to a three-storey building and had been tied to a door by a rope.

The elderly man finds the ladder blocking his way on the footpath
(Image: Twitter) 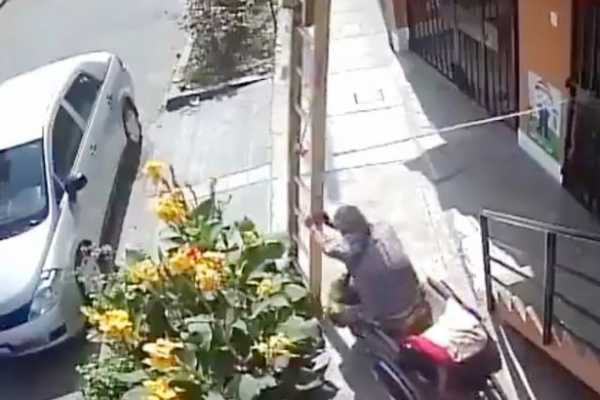 He then violently shakes it in a fit of rage
(Image: Twitter)

The painter, identified as Francisco Fernández Sánchez, 46, was taken to a local hospital following the incident but did not receive serious injuries.

Police have now launched an investigation into the incident and are attempting to identify the man in the wheelchair, reports RPP Noticias.

Locals say he is well-known person in the area and is often rude to the area's other residents. 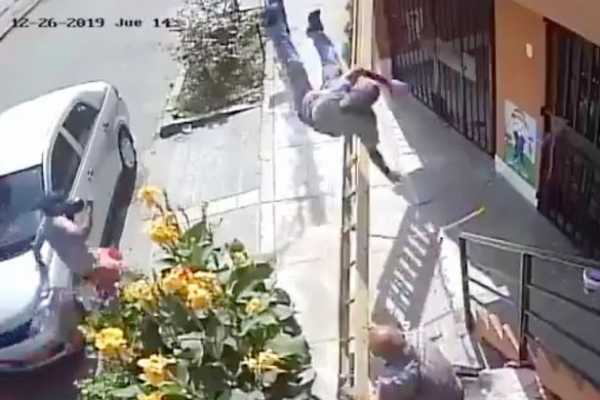 The apinter fell around 30 feet to the ground
(Image: Twitter) 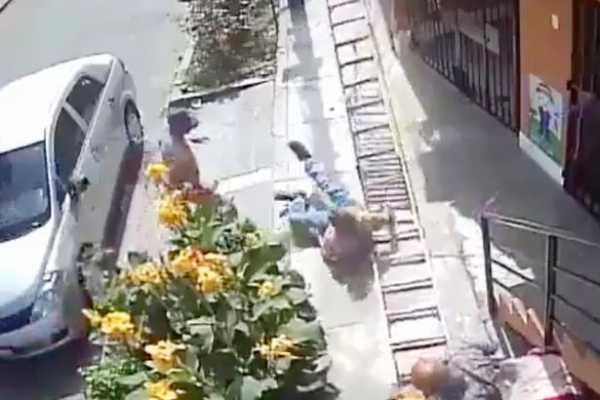 The victim was only slightly hurt after the incident
(Image: Twitter)

"The man comes upset, when there is something on the sidewalk, he always speaks rudeness, " one person told local media.

They also accused him of recently having an argument with a lady who "kindly" had helped him with his wheelchair.