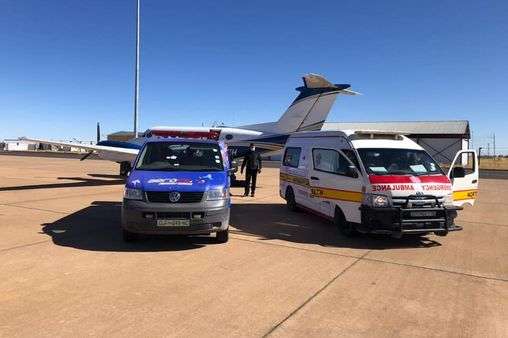 Three families were on holiday in the Kalahari, South Africa when a fire ripped through the luxury lodge they were staying at, killing six children and four adults – only two adults and a child survived

Six children were among 10 people to have died in the fire (Image: Facebook/Aerocare Emergency Services)

Six children are among 10 people to have been killed in a devastating fire that completely destroyed a luxury family lodge.

Three families were staying at Blinkwater Lodge in the Kalahari, South Africa when a fire ripped through the building in the early hours of Sunday.

The young fathers reportedly ran in and out of the lodge in desperate attempts to try and save their children, who had been sleeping in the lounge.

The family had been holidaying with Stefan Bauer, 39, who also died in the fire along with his two daughters Inge, 7, and Elre, 4. Mr Bauer's wife and the girls' mother, Madelein, survived the blaze. 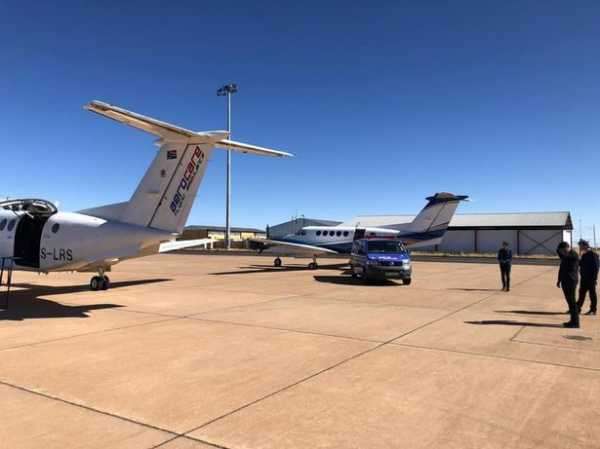 Hendri Carstens and Frans Davin were transferred to hospital but both later died of their injuries
(Image: Facebook/Aerocare Emergency Services)

Children Frans-Jan Davin, 5, and Iza Davin, 3, were also among those who died in the fire, while their dad Frans died in hospital as a result of his injuries, South African Police Service confirmed.

Frans' wife, Wilmien, survived along with her 15-month-old son Ben.

Of the six adults and seven children who went on holiday together, only two adults and one child survived.

"The investigation will assist in identifying burned remains discovered at the scene yesterday.

"The forensic investigation will also unearth the cause of fire." 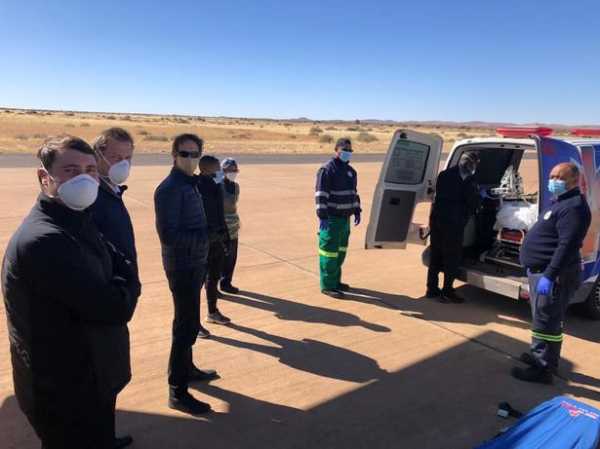 An investigation is underway to determine the cause of the fire
(Image: Facebook/Aerocare Emergency Services)

Pictures taken at Upington Airport yesterday show emergency services transferring Mr Carstens and Mr Davin to hospital. Both later died of their injuries, while the eight others were pronounced dead at the scene.

Following the news of the devastating fire, some who knew the families involved paid tribute online.

Matroosberg Reserve said in a statement: "My heart is broken this morning. There are times in your life when things happen to us and that it just doesn't make sense if you understand it. Our comfort is that God is still with us."

Montevue Nature Farm added: "As parents of a young family we are devastated by this tragedy. We have cried for every one of these parents and little ones since Sunday morning.

"Our prayers are with every friend and family member who have been touched by this tragedy. Also the owners of Blinkwater Lodge, amazing caring people who are close family of ours. May God carry you all through this very sad time."

“Our hearts go out to his wife Madeleine, his sister Heike van den Berg and his parents Hartmuth and Kitty Bauer and the rest of the Bauer family (at) this time," they said.

"May God wrap his arms around you and comfort you.”

The cause of the fire is not yet known.

Area 51: What would happen if you really tried to ‘storm’...

Person who had measles 100 years ago helps scientists trace origins...