Home Health ‘Stench of death’ compound helps your body feast on its own rotting... 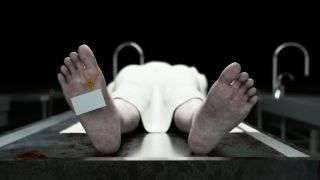 The scent wafts from busy roadsides, broken meat lockers and grisly crime scenes; it’s the signature stink of rotting flesh. Despite its putrid aroma, the chemical compound may serve an important purpose in the living human body, new research suggests.

The compound, known as putrescine, flips a switch in certain immune cells that helps them gobble up dead tissues in the body, according to a new study published online Jan. 30 in the journal Cell Metabolism. That, in turn, could help the body stave off heart disease.

The authors studied both human and mouse cells, as well as live mice, to reveal how these corpse-crunching immune cells, called macrophages, concoct putrescine from the digested remains swirling around in their bellies.

If their putrescine supply runs short, macrophages struggle to consume additional cells, leaving corpses to pile up, break down and ooze harmful substances into the body. Dead tissues that leak toxic substances can trigger inflammation and contribute to diseases, including atherosclerosis, in which fatty plaques build up in the arteries and can burst, triggering heart attacks or stroke.

These leaky, “necrotic” cells are “really a hallmark of what distinguishes relatively benign athersclerotic lesions from those that cause disease,” senior author Dr. Ira Tabas, a professor of pathology and cell biology at Columbia University Vagelos College of Physicians and Surgeons, told Live Science. Putrescine is just one member of the body’s housekeeping team, but understanding its role in cellular cleanup could someday help doctors treat atherosclerosis and many other ailments, such as autoimmune diseases and cancer, Tabas added.

“The ability of macrophages to eat multiple dead cells each is very, very important to avoiding these problems,” he said. An estimated billions, “if not trillions,” of cells die in our bodies every day, making corpse cleanup an absolutely critical component of our everyday health. “The basis of this study was to figure out what happens after [a macrophage] eats its first dead cell,” Tabas said.

A buffet of corpses

The process of clearing dead cells from the body is called efferocytosis, a term derived from the Latin phrase “to carry to the grave,” according to a statement describing the new study. Macrophages excel at engulfing and digesting cellular corpses.  Other cells help remove dying and diseased tissue when necessary, but macrophages make their living gobbling up cellular debris.

An individual macrophage often has to clear dozens of cells, if not more, to keep efferocytosis running smoothly, said Dr. Nicholas Leeper, a professor of vascular surgery at Stanford University School of Medicine who was not involved in the study. But no one knew how a single macrophage could take on such a workload. “It’s always been a mystery,” he said.

Unraveling this mystery could be critical to treating people with atherosclerosis, Leeper told Live Science. Evidence suggests that efferocytosis becomes defective in diseased arteries, leaving mounting plaques to become unstable and leaky, according to a 2017 review in the journal Circulation. Once a plaque ruptures, proteins sequestered inside the structure burst out and signal an army of platelets to assemble at the site. The platelets perceive the rupture as a wound that needs to clot, but in effect, the platelets themselves end up clogging the artery, leading to stroke, heart attack or sudden cardiac arrest, Tabas said.

“It’s the platelet plug that does us in,” Tabas noted. Restoring efferocytosis to healthy levels could theoretically prevent tissue death and plaque rupture, but scientists must first understand how fully functional macrophages consume so many cells.

So Tabas and his colleagues arranged a dinner party for human macrophages, complete with a buffet of dead cells.

To grab hold of a meal, macrophages use a protein called Rac1 to construct wiry filaments that extend from their cell body. The filaments latch onto cellular corpses and reel them into the macrophage, where the deceased cells then get broken down into their component parts. While consuming this snack, the macrophage also digests some of its own Rac1 proteins. The remaining Rac1 must be revitalized before the macrophage can take on another meal, the team found — but first, the cell requires something to stoke its appetite.

Turns out, the first meal devoured by a macrophage helps spur the cell to eat more and more. Proteins in the dead cells get broken down into individual amino acids, including one called arginine. An enzyme takes up the arginine, transforms it into a molecule called ornithine and then passes that product off to a second enzyme. Ornithine gets turned into putrescine, which, in turn, sets off a chain reaction that drives any remaining Rac1 to flip into overdrive and build filaments more efficiently than before. The ramped-up Rac1 enables the macrophage to go after more food.

The team tried blocking the production of putrescine in both human and mouse macrophages and found that the cells could no longer consume multiple meals in one sitting. The researchers wondered how low putrescine levels might contribute to atherosclerosis. In a mouse model of the disease, the team found that animals with advanced symptoms lacked a key component in the putrescine production line: the enzyme that transforms arginine into ornithine, known as arginase-1.

In an attempt to treat the animals, the team added low doses of putrescine directly to the animals’ drinking water. (When dissolved and delivered in low doses, the super-stinky compound no longer gives off an offensive odor.) After the treatment, the mouse macrophages appeared to consume cells more efficiently, and the animals’ plaques began to shrink.

To connect the dots from mice to humans, the team also sampled macrophages from people with early and advanced atherosclerosis and noted a similar pattern: Macrophages from those with the more advanced disease were equipped with less arginase-1. Given that the formation of putrescine works very similarly in mice and humans, theoretically, treatments that manipulate that formation could treat atherosclerosis.

“I wouldn’t push putrescine as a treatment,” specifically, but other therapies could be developed to boost efferocytosis in other ways, Tabas said. At high doses, putrescine can be toxic to people and animals and cause gastrointestinal distress, he said. The main point is that efferocytosis, when unfolding properly, helps maintain human health and prevent disease, Tabas said.

It may be possible that “one could drive the conversion of cells to a situation that would induce more efferocytosis and repair of damaged arteries,” Dr. Ira Goldberg, director of the Division of Endocrinology, Diabetes and Metabolism at NYU Langone Health, told Live Science in an email. “More important, this process is likely to be similar to that which occurs in other situations that [involve] cell death,” said Goldberg, who was not involved in the new study.

For example, research suggests that efferocytosis goes awry in autoimmune diseases like lupus, in which dead cells accumulate in the lymph nodes and disrupt immune cell function. Cancer cells avoid being eaten by macrophages by sending out so-called “don’t eat me” signals, so boosting efferocytosis at tumor sites could serve as a targeted form of cancer treatment. For now, though, insight into efferocytosis could mark a “major advance” in the treatment of heart disease, Leeper said.

“The importance of a pathway linked to cardiovascular disease can’t be overstated … Basically all adults in the Western world have some sort of atherosclerosis,” Leeper said. Plagues can begin developing as early as adolescence, he said. Leeper himself recently developed a medication that helps macrophages recognize and eat dying cells in mice with atherosclerosis. As scientists continue to uncover the various chemical reactions involved in efferocytosis, drug developers can learn to promote the process through various therapies.

Leeper said the line of research could someday result in treatments to address “several of the top killers in the world.”

Pregnant mum haunted by argument with partner hours before he died...

Why Hangovers Feel So Awful