Home Health This woman was in hospice for cancer. Energy drinks nearly killed her. 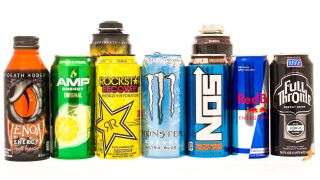 A woman receiving end-of-life hospice care took a turn for the worse not because she had cancer but due to the «excessive» amount of energy drinks she had recently consumed, a new case report finds.

At first, the woman’s doctors at hospice care thought her unexpected medical problems «most likely stem[med] from progression of her cancer,» they wrote in the case report. But the medical team soon learned that because the illness had decreased her appetite, the woman had basically stopped eating and, instead, had been drinking five to six energy drinks a day for several weeks.

Energy drinks are known to increase the risk of all kinds of health problems in people who have had one too many (or even just one, as one teenager found out). Those issues include heart problems, convulsions, miscarriage and high blood pressure. But this woman’s case is the only one reported in which energy drinks seem to have triggered simultaneous acute kidney and liver problems, the researchers wrote.

The 62-year-old woman had entered hospice care four months prior, after ending treatment for small cell carcinoma of the left lung. One day, she came to the hospice in-patient unit with a slew of symptoms: she was vomiting, confused, tired and nauseous.

Thinking the symptoms were cancer related, the doctors treated the woman’s nausea and delirium. But her health continued to nosedive. Soon, she was sweating buckets and became weak and lethargic. She wasn’t even entirely conscious, the doctors wrote.

Then, the doctors learned about her excessive energy drink intake.

The doctors were still surprised when the woman developed both an acute kidney injury and an inflamed liver. Energy drinks are associated with liver and kidney problems, but these drinks have never been documented to cause problems in both organs at the same time, they wrote.

The woman’s family asked that she not be transferred to the hospital or receive aggressive interventions, such as dialysis. Instead, the doctors ensured that the woman received supportive care, including proper hydration. And, of course, made sure that she stopped drinking 16-ounce (2 cups) cans of energy drinks.

About a week later, the woman became more alert and began eating and drinking again. By day 10, her liver and kidneys were back to their baseline status. Finally, two weeks after her energy-drink problems began, the woman was discharged home, where she continued to receive hospice care.

It’s not unexpected that a hospice patient would turn to energy drinks for hydration, the doctors wrote in the case report. But these drinks are different from «sports drinks,» such as Gatorade, which provide hydration and replenish electrolytes. In contrast, energy drinks «contain high levels of carbohydrates, which affect fluid absorption and cause gastrointestinal distress,» according to the case report.

Energy drinks also contain caffeine, which can be dehydrating, as well as taurine and niacin. Taurine is often used as a nutritional supplement to boost athletic performance. There is some evidence that people with kidney failure who take taurine can develop neurological symptoms, as this woman did. Moreover, at high doses, niacin (vitamin B3), can cause liver problems, according to the Journal of Family Practice.

Until more research is done on energy drinks and their ingredients, «excessive use should be avoided,» the doctors wrote in the case report.

Although this report involved just one patient, it «sheds light on the hazards» that energy drinks can have on the kidneys and liver, said Dr. Maria DeVita, chief of the Division of Nephrology at Lenox Hill Hospital in New York City, who was not involved with the patient’s care.

People who drink energy drinks should be aware that more investigation is needed into their ingredients, especially because «these beverages have no requirement for proof of effectiveness,» DeVita told Live Science.

The paper describing the case was published online Jan. 29 in the Journal of Medical Case Reports. 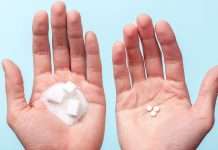 Super Snow Moon will appear this weekend — what it is...