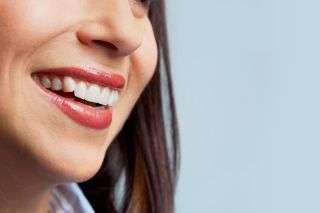 What’s worse than finding a hair in your mouth? Perhaps finding hair growing in your mouth. That was what happened to a young woman in Italy who had eyelish-like hairs sprouting from her gums.

The woman first visited doctors for the condition in 2009 when she was 19 years old, according to a report published in the February issue of the journal Oral Surgery, Oral Medicine, Oral Pathology and Oral Radiology. At the time, she was diagnosed with polycystic ovary syndrome (PCOS), a condition caused by an imbalance in levels of sex hormones in the body. PCOS can cause excessive hair growth (a symptom known as hirsutism), including excess facial and body hair, according to the National Institutes of Health.

She was treated with oral surgery to remove the gum hairs and given birth control pills to help regulate hormone levels. (Hormonal contraception is a known treatment for PCOS.) Several months later, doctors saw no signs of the hairs.

But six years later, when the woman was 25 years old, she returned to the same clinic with hairs in her gums. She told doctors that she had stopped taking the prescribed birth control pills. Doctors saw that she had excess hair on her chin and neck; and inside her mouth, she had brown hairs “similar to eyelashes” on her gums.

Doctors again removed the hairs and asked the patient to come back soon for a checkup. But she did not return until a year later, when she had even more hairs growing from her gums, which were also removed.

Hair growth inside the mouth is extremely unusual. Only five previous cases of this happening have been reported in the medical literature, the authors said.

There is no cure for PCOS, and so the woman is at risk for the hairs returning, Dr. Khrystyna Zhurakivska, a clinical dental researcher at the University of Foggia, told Gizmodo. But it’s likely that continued treatment with hormonal contraception would reduce her symptoms, Gizmodo reported.

But how exactly does gum tissue grow hairs? The answer isn’t clear, but researchers do know that, during embryonic development, the tissue that forms the mouth comes from the same layer of cells that forms the skin. Indeed, it’s common for people to have sebaceous glands — the glands in the skin that secrete an oily substance and often surround hair follicles — in their mouths, the authors said. In fact, it’s actually a mystery  why these glands are common in the mouth, while hair in the mouth is so rare, they said.