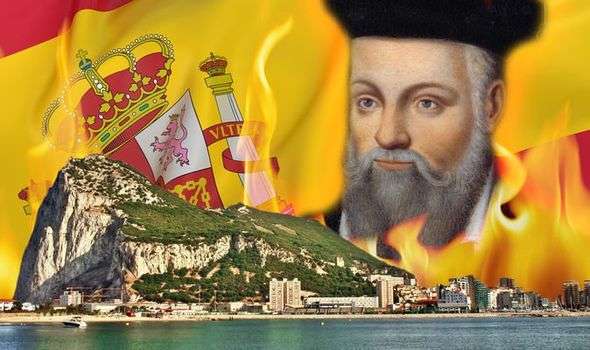 NOSTRADAMUS’ predictions for the future foresaw a battle over Gibraltar and the fall of the British Overseas Territory in the Mediterranean, online conspiracy theorists have claimed.

Gibraltar’s status has been a point of contention between the UK and Spain since the military outpost seceded to Britain in the 18th century. With Britain’s historic departure from the European Union this month, Spanish politicians are once again setting sight on the British Overseas Territories.

Ever since the rocky outpost in the south of Spain was formally made British territory in 1713, the Spanish have been looking to regain control.

These plans could all come to fruition if online claims about the supposed mystic Michel de Nostredame, or Nostradamus, are to be believed.

Nostradamus is regarded by many as the world’s greatest prophet, having predicted many historic events in the 16th century.

Nostradamus’ followers credit the French writer with predicting the 1666 Great Fire of London and the rise of Adolf Hitler to power in 1933. 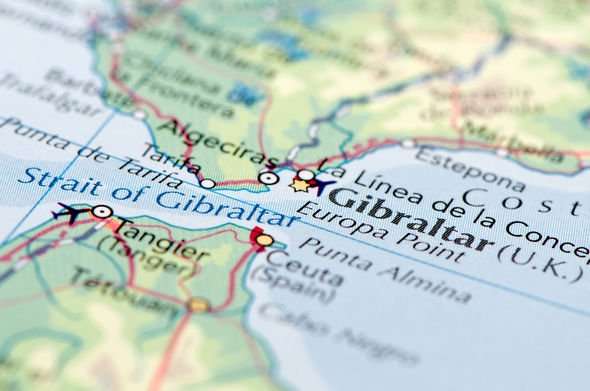 And if the latest claims about Nostradamus are to be believed, Spain could one day wrestle control over Gibraltar from the UK.

According to Tilda Negri’s website To-En.gr, which means The One in Greek, Nostradamus spoke of Gibraltar in his 1555 tome of works know as Les Prophéties.

One passage in particular references a “maritime tower” that will be captured three times by different tribes.

The passage in question, Century 1: Quatrain 71, reads: “The maritime tower will be captured and retaken three times

“by Spaniards, Barbarians and Ligurians.

“Marseilles and Aix, Ales by men of Pisa,

“devastation, fire, sword, pillage at Avignon by the Turinese.”

The “maritime tower” could be a reference to the rock of Gibraltar due to its significant position in the Mediterranean.

The choice of words could also be a reference to Britain’s status as an island nation and maritime power.

Nostradamus penned his supposed prophecies in a series of four-lined poems known as quatrains.

Many of the quatrains deal with natural disasters such as floods and fires, that prophecy enthusiasts have interpreted as predictions for the future. 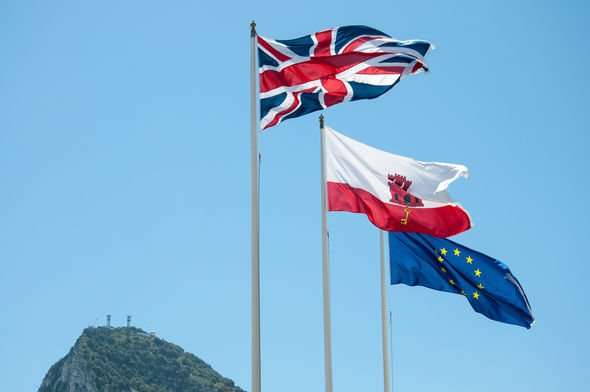 Nostradamus also mentioned Gibraltar in another passage by name.

In Century 1: Quatrain 77, he wrote: “A promontory stands between two seas:

“A man who will die later by the bit of a horse;

“Neptune unfurls a black sail for his man;

“the feet near Gibraltar and Rocheval.”

According to the website TedMontgomery.com, Gibraltar will play a key role in a battle waged by the Antichrist.

But should you believe any Nostradamus prophecies shared online?

According to the sceptic and podcast host Brian Dunning, Nostradamus never made any genuine predictions about the future.

He said on his Skeptoid podcast: “Michel de Nostredame was truly one of the brilliant lights of his day, but to subscribe to false stories and urban legends is to disrespect who the man actually was.

End of the world: How US President’s advisor predicted ‘Battle of Armageddon’...