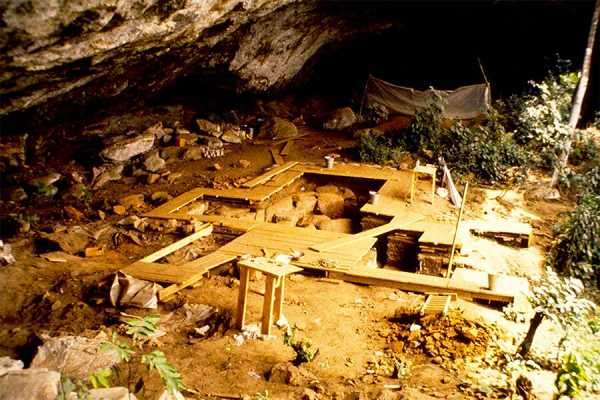 A surprising new discovery of ancient human remains in Africa — with remarkably well-preserved DNA — is redrawing the map of human populations in new and exciting ways.

In studying the origins of humanity, many experts begin in Africa, where ancient Homo sapiens arrived about 250,000 years ago. However, one immediately runs into a problem that has inhibited deeper research into humanity’s birthplace since we began looking for it.

The climate of Central Africa was long believed to be too hot and humid for ancient DNA to survive. In the past, this has made detailed genetic examinations of prehistoric human remains — which are essential tools in tracking historic migration patterns — in this region very difficult.

But now, a burial site with four skeletons buried thousands of years ago has been found in Cameroon with remarkably well-preserved DNA. It not only offers insight into the historic diversity of the area, but also points to a hidden “ghost population” of humans previously unknown to scientists.

In a new study, published this month in the journal Nature, geneticists and archaeologists recovered DNA-rich samples from the inner ear bones of four children buried at Shum Laka, a famous archaeological site.

This site in western Central Africa sits in the middle of what researchers call the cradle of the Bantu languages, a linguistic base that forms a wide array of African languages spoken by about a third of the continent’s population. 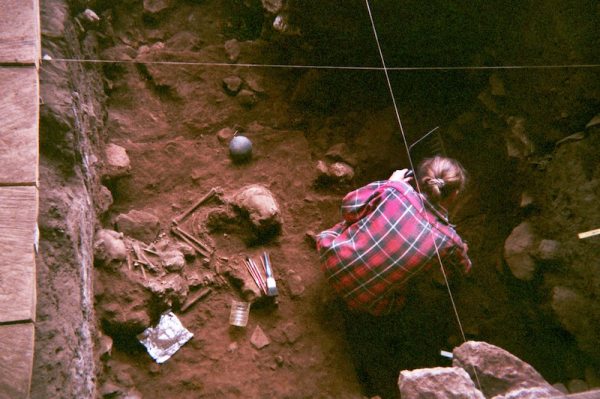 So it came as a surprise when the researchers examined the DNA they collected from children buried from about 3,000 to 8,000 years ago at the site and found that their ancestry differed notably from that of most Bantu-speakers living today.

“This result suggests that Bantu-speakers living in Cameroon and across Africa today do not descend from the population to which the Shum Laka children belonged,” said Mark Lipson, Ph.D., Harvard Medical School, who is the study’s lead author. “This underscores the ancient genetic diversity in this region and points to a previously unknown population that contributed only small proportions of DNA to present-day African groups.”

Results showed that the children were most closely related to hunter-gatherers like the Baka and Aka groups traditionally known as “pygmies.” One of the samples also carried a rare genetic marker in the Y-chromosome that is found almost exclusively in the same region today.

Thanks to this new find, scientists now have a better idea of the diversity of African groups that inhabited this part of the continent before the Bantus began settling down in the grassy highlands. 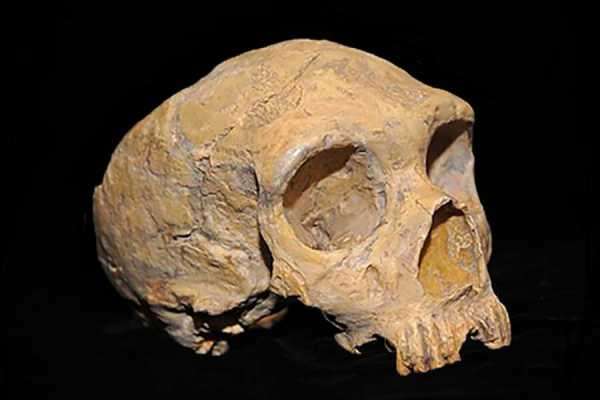 Wikimedia CommonsOne of the first Neanderthal fossils, found in Gibraltar near North Africa in 1848.

“These results highlight how the human landscape in Africa just a few thousand years ago was profoundly different from what it is today, and emphasize the power of ancient DNA to lift the veil over the human past that has been cast by recent population movements,” said David Reich, Ph.D., the senior author of the study.

The evidence of such a “ghost population,” meanwhile, came after the geneticists compared the children’s DNA with another ancient DNA sample taken from a 4,500-year-old specimen found in Mota Cave in Ethiopia and sequences from other ancient and living Africans.

Using statistical comparisons, the team was able to produce a fascinating new model that pushes back the Central African hunter-gatherer origins from about 200,000 to 250,000 years ago.