Home History The Disturbing True Story Behind Hansel And Gretel 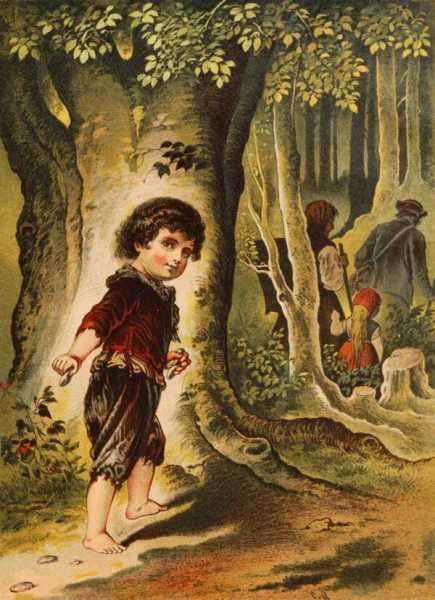 When a great famine struck Europe in 1314, mothers abandoned their children and in some cases, even ate them. Scholars believe that these tragedies gave birth to the story of Hansel and Gretel.

The notorious tale of Hansel and Gretel has been translated into 160 languages since the Brothers Grimm first published the German lore in 1812.

Dark as it is, the story features child abandonment, attempted cannibalism, enslavement, and murder. Unfortunately, the origins of the story are equally — if not more — horrifying.

Most people are familiar with the story but for those who aren’t, it opens on a pair of children who are to be abandoned by their starving parents in the forest. The kids, Hansel and Gretel, get wind of their parents’ plan and find their way home by following a trail of stones Hansel had dropped earlier. The mother, or stepmother by some tellings, then convinces the father to abandon the children a second time.

This time, Hansel drops breadcrumbs to follow home but birds eat the breadcrumbs and the children become lost in the forest.

The starving pair come upon a gingerbread house that they begin to eat ravenously. Unbeknownst to them, the home is actually a trap set by an old witch, or ogre, who enslaves Gretel and forces her to overfeed Hansel so that he can be eaten by the witch herself.

The pair manage to escape when Gretel shoves the witch into an oven. They return home with the witch’s treasure and find that their evil matriarch is no longer there and is presumed dead, so they live happily ever after.

But the true history behind the tale of Hansel and Gretel is not so happy as this ending.

Modern readers know Hansel and Gretel from the works of German brothers Jacob and Wilhelm Grimm. The brothers were inseparable scholars, medievalists who had a passion for collecting German folklore.

Between 1812 and 1857, the brothers published over 200 stories in seven different editions of what has since become known in English as Grimm’s Fairy Tales.

Jacob and Wilhelm Grimm never intended that their stories be for children per se, but rather the brothers sought to preserve Germanic folklore in a region whose culture was being overrun by France during the Napoleonic Wars. 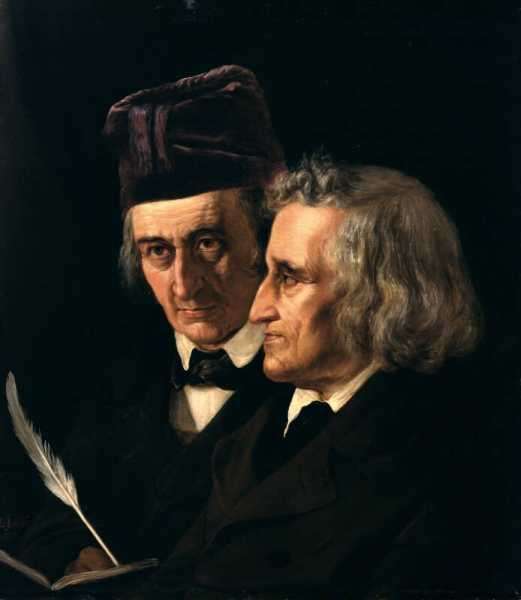 Wikimedia CommonsWilhelm Grimm, left, and Jacob Grimm in an 1855 painting by Elisabeth Jerichau-Baumann.

In fact, the early editions of the Grimm brothers’ work published as Kinder und Hausmärchen, or Children’s and Household Tales, lacked illustrations. Scholarly footnotes abounded. The stories were dark and filled with murder and mayhem.

The stories nonetheless quickly caught on. Grimm’s Fairy Tales had such universal appeal that eventually, in the United States alone, there have been over 120 different editions made.

The True Story Behind Hansel And Gretel 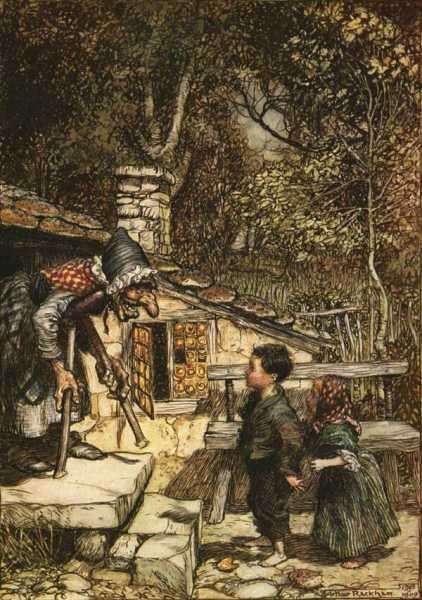 Wikimedia CommonsThe origin of Hansel and Gretel is perhaps darker than the story itself.

The true story of Hansel and Gretel goes back to a cohort of tales that originated in the Baltic regions during the Great Famine of 1314 to 1322. Volcanic activity in southeast Asia and New Zealand ushered in a period of prolonged climate change that led to crop failures and massive starvation across the globe.

In Europe, the situation was particularly dire since the food supply was already scarce. When the Great Famine struck, the results were devastating. One scholar estimated that the Great Famine impacted 400,000 square miles of Europe, 30 million people, and may have killed off up to 25 percent of the population in certain areas.

In the process, elderly people chose voluntarily to starve to death to allow the young to live. Others committed infanticide or abandoned their children. There is also evidence of cannibalism. William Rosen in his book, The Third Horseman, cites an Estonian chronicle which states that in 1315 “mothers were fed their children.”

An Irish chronicler also wrote that the famine was so bad people “were so destroyed by hunger that they extracted bodies of the dead from cemeteries and dug out the flesh from the skulls and ate it, and women ate their children out of hunger.” 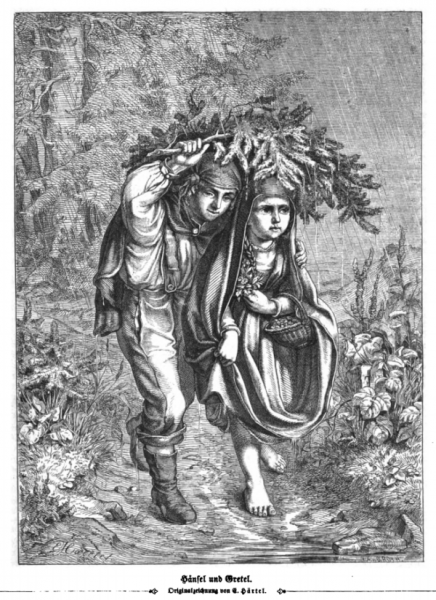 Wikimedia CommonsAn 1868 rendering of Hansel and Gretel treading carefully through the forest.

And it was from this grim chaos that the story of Hansel and Gretel was born.

The cautionary tales that preceded Hansel and Gretel all dealt directly with themes of abandonment and survival. Almost all of these stories also used the forest as a tableau for danger, magic, and death.

One such example comes from the Italian fairy tale collector Giambattista Basile, who published a number of stories in his 17th century Pentamerone. In his version, titled Nennillo and Nennella, a cruel stepmother forces her husband to abandon his two children in the woods. The father tries to foil the plot by leaving the children a trail of oats to follow but these are eaten by a donkey.

The grimmest of these early tales, though, is the Romanian story, The Little Boy and the Wicked Stepmother. In this fairy tale, two children are abandoned and find their way home following a trail of ashes. But when they return home, the stepmother kills the little boy and forces the sister to prepare his corpse for a family meal.

The horrified girl obeys but hides the boy’s heart inside a tree. The father unknowingly eats his son while the sister refuses to take part. After the meal, the girl takes the brother’s bones and puts them inside the tree with his heart. The next day, a cuckoo bird emerges singing, “Cuckoo! My sister has cooked me, and my father has eaten me, but I am now a cuckoo and safe from my stepmother.”

The terrified stepmother throws a lump of salt at the bird but it just falls back on her head, killing her instantaneously.

An Evolving Story With New Takes


The trailer for the 2020 adaptation of the classic lore, Gretel and Hansel.

The direct source for the story of Hansel and Gretel as we know it came from Henriette Dorothea Wild, a neighbor of the brothers Grimm who narrated many of the tales for their first edition. She ended up marrying Wilhelm.

The original versions of the Grimm brothers’ Hansel and Gretel changed over time. Perhaps the brothers were aware that their stories were being read by children and so by the last edition that they published, they had sanitized the stories somewhat.

Where the mother had abandoned her biological children in the first versions, by the time the last 1857 edition was printed, she had transformed into the archetypal wicked stepmother. The father’s role, too, was softened by the 1857 edition as he showed more regret for his actions.

Meanwhile, the tale of Hansel and Gretel has continued to evolve. There are versions today that are meant for preschoolers, like children’s author Mercer Mayer’s story which doesn’t even try to touch any of the child abandonment themes.

Every once in awhile the tale attempts to go back to its dark roots. In 2020, Orion Picture’s Gretel and Hansel: A Grim Fairy Tale will hit theaters and appears to hedge on the side of creepy. This version has the siblings looking through the forest for food and working to help their parents when they meet the witch.

It seems that the true story of Hansel and Gretel may still be darker than even this latest version.

After this look at the history of Hansel and Gretel, check out more folktale origins with this quick bio on Charles Perrault, the French father of fairy tales. Then, discover the true story behind the legend of Sleepy Hollow.