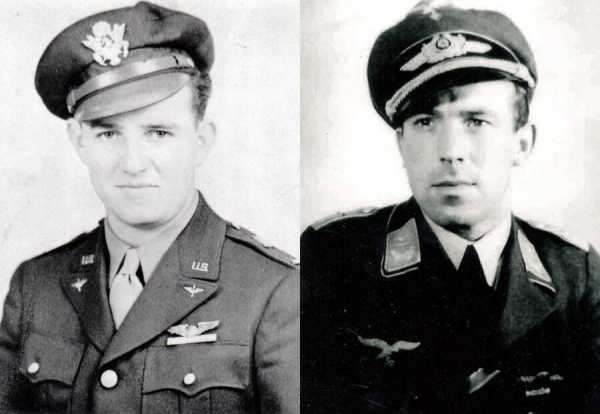 When Luftwaffe pilot Franz Stigler had American bomber Charlie Brown’s defenseless plane in his sights in 1943, he not only let him go but then escorted him out of danger. A half-century later, the two men became close friends.

German Luftwaffe pilot Franz Stigler had an American B-17 piloted by Lieutenant Charles &#8220;Charlie” Brown at his mercy. Stigler amazingly chose to spare his enemy, resulting in a friendship that transcended war. 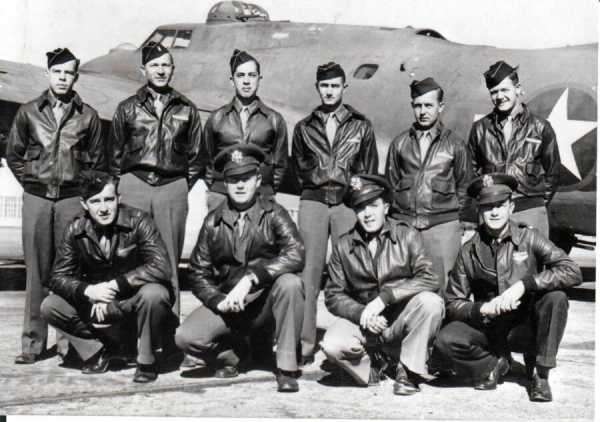 On December 20, 1943, Charlie Brown, a Virginia farm boy who joined the U.S. Army Air Forces, streaked across the skies near the German city of Bremen. His B-17 Flying Fortress, dubbed “Ye Olde Pub,” had a crew of ten and was one of 21 bombers targeting a Focke-Wulf aircraft plant.

The plant was guarded by 250 guns and innumerable fighters of the Luftwaffe. This was Brown’s first command mission as part of the 527th Bombardment Squadron. In order to impress his crew, he told them he was 25. He was really 21. Wikimedia Commons.A German Focke-Wulf Fw 190, the type of fighter being produced at the plant in Bremen.

At first, all went according to plan. The Flying Fortresses took off from their base in England and by 9:40 a.m. assembled in formation at 8,000 feet. At 11:32 they reached the jumping-off point for the bombing run at 27,300 feet. The squadron turned to fly a straight course for the remaining 30 miles to the manufacturing plant and that’s when trouble began.

“Up to Our Ass in Trouble” 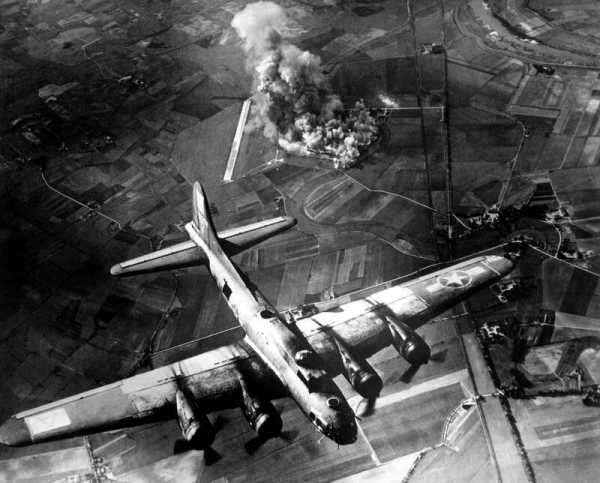 Brown would later stated, “About two minutes before bombs away, immediately in front of us, I saw what appeared to be fantastically beautiful black orchids with vivid crimson centers.”

The aerial flora came from flak cannons unloading on Brown and other Flying Fortresses. Brown recalled, “This was no training mission; the guns, bullets, and bombs were real.”

“Ye Olde Pub” was hit over and over. The Flying Fortress’s nose was damaged and the oil pressure on one of the engines starting dropping. Meanwhile, Brown’s bombardier let loose his three-ton payload hoping to lighten the load.

Brown tried to bring his plane back into the formation but his sister bombers were dropping fast. Ye Olde Pub was alone — a perfect, isolated target. As another engine failed, German fighters came. Brown said, “This is no movie; we’re up to our ass in trouble.” 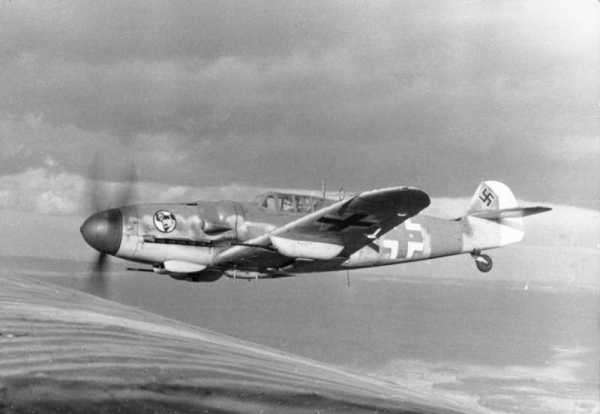 There were at least six FW-190s that bore down on Ye Olde Pub. One of Brown’s crew poured gunfire out of .50 caliber twin guns while another opened up with the nose gun, attack the fighters ahead of the B-17. The Flying Fortress then started taking fire in its rear and soon its radio room. Brown recalled, “I was scared, I don’t give a damn who knows it.”

The German fighters mauled the bomber and the crisis for the Americans mounted; the Flying Fortress only had one of its eleven guns working. Then Brown looked out and saw a Messerschmitt 109 about a yard away from his wing.

The German fighter was painted black; a night fighter. Brown thought that this was it. His co-pilot said, “My God, this is a nightmare.”

But then, something amazing happened: the pilot nodded at them, saluted, and broke away.

It was a remarkable act of chivalry, but the dumbfounded Brown needed to save his plane, heading off as best he could toward Britain. Just as the plane was losing altitude and they would be forced to ditch into the sea, Brown saw the British coast and soon an airbase.

It was a rough landing, but they were alive. Ye Olde Pub was said to be one of the most battle-scarred bombers in all of World War II, though unfortunately there are no photographs of it. 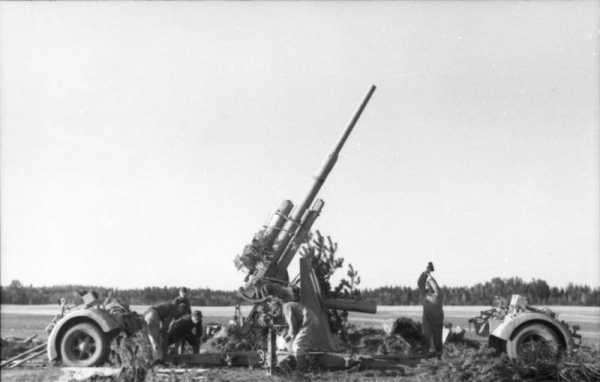 A Quest of A Lifetime

Charlie Brown had made it home, but the war cast a shadow over his soul.

His daughter would later recall, “I remember him having terrible wartime nightmares, waking up in a cold sweat every now and again.” Yet with the PTSD came the need to track down the enemy pilot who showed such compassion.

Over the ensuing decades, Brown made query after query until January 18, 1990, when he received a letter from Franz Stigler. Stigler introduced himself as the German pilot who expressed his happiness to learn that Brown and his crew had made it home. He also had made inquiries over the years with no results, but he was to be in the United States that June as a guest of the veteran’s group of American fighter aces.

A Knight of the Skies

The two arranged to meet and quickly became friends. Stigler was apparently a true fighter ace. Born on August 21, 1915, Stigler shot down 28 Allied aircraft although he himself was shot down 17 times. He even flew a Messerschmitt 262 at the end of the war, one of history’s first jet aircraft. He was also the recipient of Germany’s Knight’s Cross, one of the country’s highest honors.

Stigler had heard the American plane racing across the sky when he scrambled to go meet it. Stigler remembered seeing Brown’s damaged Flying Fortress, “When I got near it, I could see that there was much damage to the nose and tail sections. I flew in behind the plane, and I could see the gunner lying across his machine guns. There was a huge hole in the side of the fuselage, and the rudder was almost blown away. It was in very bad shape.”

He also saw one of Brown’s gunners, covered with blood. The B-17 could not defend itself, Stigler concluded: “I didn’t have the heart to finish off this wonderful machine and its brave men. I flew beside them for a long time, trying in some way to help; they were trying desperately to get home, so I was going to let them do it.”

Stigler would recall the words of one of his commanding officers telling him, “You follow the rules of war for you — not your enemy. You fight by rules to keep your humanity.” So Stigler pulled his finger from the trigger and rested his hand upon his rosary.

For his part, Stigler also had a rocky end of the war. He had lost his brother, he was ostracized, and the PTSD of an airforce that lost over 90% of its pilots must have been heavy indeed. As Adam Makos, co-author of A Higher Call, put it “Charlie Brown was the only good thing that came out of World War II for Franz. It was the one thing he could be proud of.”

The meeting of the two veterans was the end of a lifelong quest for both. Makos said, “When they found each other, they found peace.” They also provided an example of humanity at its best for ages to come. Charlie Brown and Franz Stigler would remain friends until both men died in 2008.

Now that you’ve read about Franz Stigler and Charlie Brown’s incredible and inspiring encounter during World War II, check out the story about the Donut Dollies who helped comfort soldiers on the front lines with donuts and candy. Then, read about Nazi General Dietrich Von Choltitz who claims to have disobeyed a direct order from Hitler to burn Paris to the ground, saving the city.

Covid-19 doctor shot in the stomach on the way to work...