Home History Massive stone structures in Saudi Arabia may be some of oldest monuments... 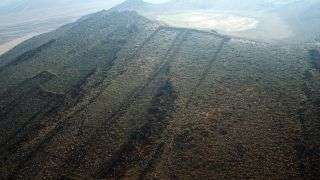 Mustatils have been found in a wide variety of environments in Saudi Arabia including six examples seen here on the slope of a volcano.

They number in the hundreds, can be larger than an NFL football field and are found across Saudi Arabia, including on the slope of a volcano. Sprawling stone structures reported in 2017 now appear to be some of the oldest monuments in the world, dating back some 7,000 years, archaeologists now report.

A new study of the mysterious stone structures — once called «gates» but now referred to as «mustatils,» the Arabic word for «rectangle» —suggests they were used for rituals; and radiocarbon dating of charcoal found within one of the structures indicates people built it around 5000 B.C., a team of researchers report in an article recently published in the journal The Holocene.

«The mustatil phenomenon represents a remarkable development of monumental architecture, as hundreds of these structures were built in northwest Arabia,» the researchers wrote in their paper. «This ‘monumental landscape’ represents one of the earliest large-scale forms of monumental stone structure construction anywhere in the world.»

The structures are made from low stone walls that form what often looks like a field gate from above (hence their former name). They range in size with some measuring less than 49 feet (15 m) long and the largest measuring about 2,021 feet (616 m) long.

When first constructed, many of the mustatils would have had a platform on either end of the «rectangle,» the researchers found when analyzing some of the structures. On the platform of one mustatil, they discovered a painting with geometric designs on it. The design of the painting «is not currently known from other rock art contexts» in the region, the team wrote in the journal article.

It «is quite possible that these structures would have been visually spectacular, and perhaps quite extensively painted,» study lead author Huw Groucutt, the leader of the Extreme Events Group at the Max Planck Institute for Chemical Ecology in Germany, told Live Science.

Few artifacts were found within the mustatils, suggesting that the structures were not occupied or used year-round. Also, the «the long walls [of the mustatils] are very low and typically lack obvious entry points, and therefore do not seem to be obviously functional as something like animal corrals,» the team wrote.

Still, if the mustatils were in fact the sites of rituals, it’s still not clear what kinds of rituals would have taken place there.

Today, the structures are found in a number of very arid places including the southern Nefud Desert (where Groucutt’s team conducted their fieldwork) as well as barren, inhospitable lava fields.

But if the structures were indeed crafted around 5000 B.C., they would have been in use when the climate in Saudi Arabia was wetter than it is today. «Between 10,000 and 6,000 years ago, «the Arabian Peninsula saw the most recent of the ‘Green Arabia’ periods, when increased rainfall transformed this generally arid region,» the researchers wrote in the paper.

At the time, people in the region tended to be pastoralists — relying on herds of domesticated animals for food — while also hunting some wild animals, the researchers wrote in the paper. As such, the mustatils could have been a way for the people to mark their territory, the researchers said.

The mustatils may «represent one manifestation of the increasing territoriality that developed, induced by factors such as competition for grazing land in the challenging and unpredictable environments of Arabia,» they wrote.

Even when the climate in Arabia was at its wettest, «the environment would have been highly seasonal and droughts would have occurred,» they added.

—Photos of wheel-shaped stone structures in the Middle East

—15 secretive places you can now see on Google Earth

Yorke Rowan, a senior research associate with the University of Chicago’s Oriental Institute, praised the research but noted that there are older examples of large-scale monumental stone construction noting that «kites» (massive stone structures used to hunt animals) appear to be older.

Gary Rollefson, an emeritus professor at Whitman College in Washington, who was not involved with this research, called the finds «absolutely enthralling.» He noted that, in addition to mustatils, there are other types of rock structures in the area that may have also been places for ritual activity.

«The paper by Groucutt et al. is an admirably detailed account of one enigmatic construction type — the mustatil rectangle — although there are several other stunning architectural patterns that reflect large-scale human cooperative ventures that have little apparent utilitarian purpose beyond social identity, social reaffirmation and social memory,» Rollefson told Live Science. 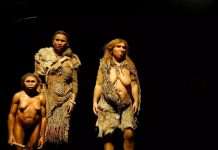 Gold and Jewels Found on Minoan Island Devoted to the Color...